18 month year old Oscar Webb has lost an eye after being hit by a drone, Stourport on Severn, November 28 2015. See NTI story NTIDRONE; A devastated couple have issued an urgent warning to parents after their 18-month-old son was struck in the face by an out-of-control drone and lost an EYE. Little Oscar Webb was playing in a neighbour's garden while his dad watched family friend Simon Evans, 29, fly his Ã300 'quadcopter' device with a remote control. But it clipped a tree as he was trying to land it and spiralled out of control, hitting the toddler in the face. Dad Rick Webb, 30, could only watch as the propellers sliced through Oscar's right eye, causing him to scream out in pain. Desperate Rick phoned for an ambulance and paramedics dashed to the house in Stourport-on-Severn, Worcs., at around 1pm on October 10.

A devastated dad has described the horrifying moment a drone propeller sliced through his 18-month-old son’s EYE.

But it clipped a tree as he was trying to land it and spiralled out of control, hitting the toddler in the face.

Helpless Rick could only watch as the propellers severed a chunk of Oscar’s right eye – which landed on his T-SHIRT.

He phoned for an ambulance and paramedics dashed to the house in Stourport-on-Severn, Worcs., at around 1pm on October 10.

He was rushed to Worcester Royal Hospital then transferred immediately to Birmingham and Midland Eye Centre where he underwent a five-hour operation to try and save the eye.

But the damage was too severe and on November 2 surgeons were forced to remove the injured eye at Royal Stoke University Hospital.

Oscar will require several further operations to mould and fit a prosthetic eye.

He is still able to see through his left eye, but his parents think life will never be the same for their family.

Stay-at-home dad Rick Webb, 30, from Stourport-on-Severn, said: “To see it happen right in front of me was absolutely awful.

“I was about to put Oscar on his trike and take him home.

“As I glanced over at Oscar the drone went straight into his face.”

“I knew instantly what had happened. I saw the propeller speed up and I saw the blade spin right through his eye.

“I saw it go in and a bit of his eye landed on his t-shirt. It was just horrifying.

“He screamed through the shock and so did I. The sound was terrible, like nothing I’ve heard before.

“I don’t know how I feel now to be honest. I’ve got to hold it together for the sake of my family.

“He’s a strong lad and he’s got two parents who love him. We’re a very close family and he’ll always have people there for him.

“People don’t realise and understand how dangerous drones can be.

“I’ve got one myself but I’ll never fly it again. People should wear eye and neck protection because those propellers can be deadly.”

Oscar’s mum Amy Roberts, a 28-year-old care worker, says drones should be kept away from children. 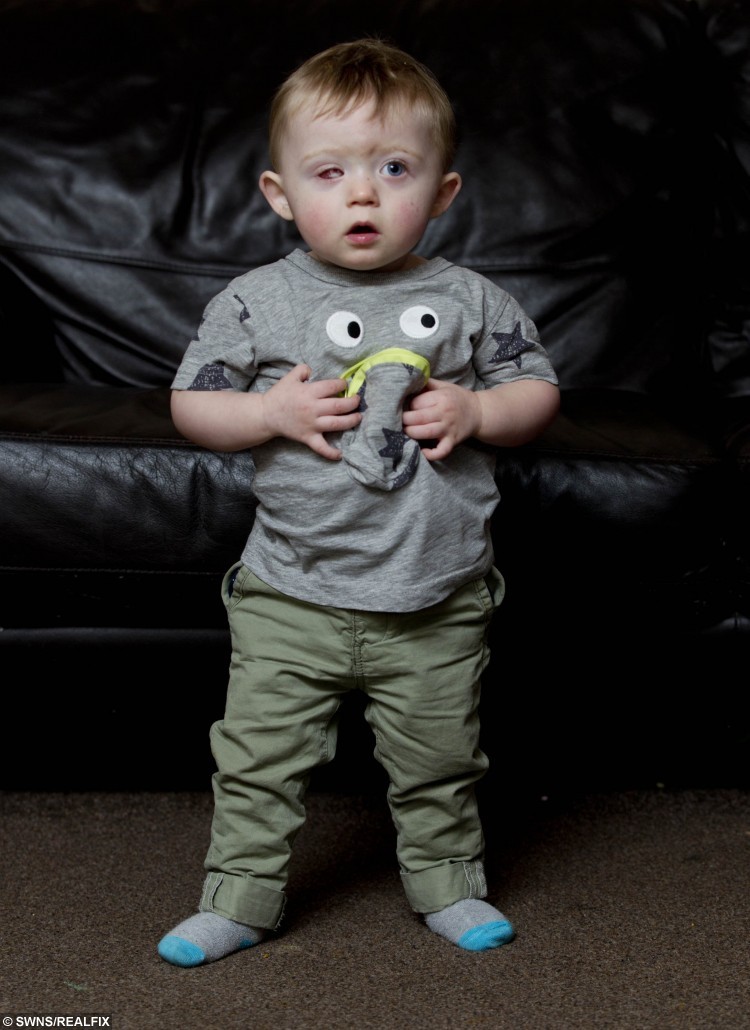 The mum-of-four said yesterday: “When it happened I was taking my other son to a birthday party and I got a phone call from Rick telling me Oscar was hurt.

“Luckily, I was only round the corner and I got there before the ambulance.

“As I arrived, Oscar was crying and screaming and his dad was very upset and really struggling to calm him down.

“What I saw, I can still see it now, and what I saw or what I thought I saw was the bottom half of his eye and it’s the worst thing I’ve ever seen.”

“I just hoped and prayed all the way to hospital that what I saw wasn’t true and wasn’t real.”

“After the operation the doctors warned me he might not have lost the sight in that eye.

“The following month they told me they had decided to remove the eye because there was no chance of saving it and it might cause future problems for his good eye.

“It was so hard to hear. I went there with so many questions and I didn’t even get to ask the first one before they told me the news.

“I couldn’t take in what they were telling me. I said ‘so, you’re saying you want to remove the eye?’ and the doctor said ‘yes’.” 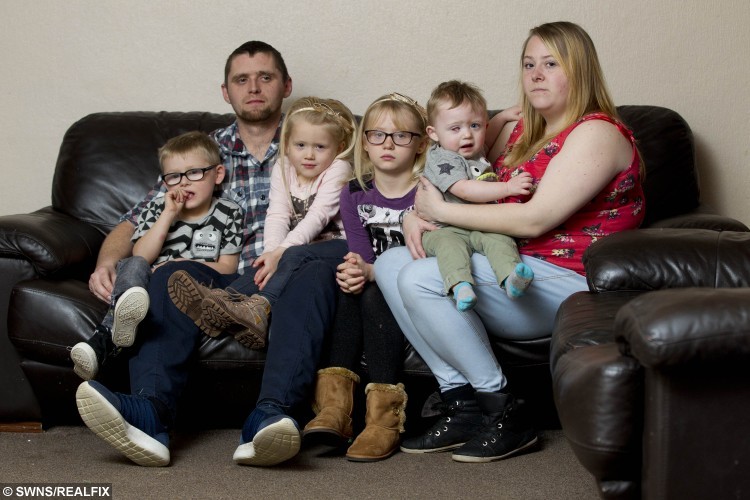 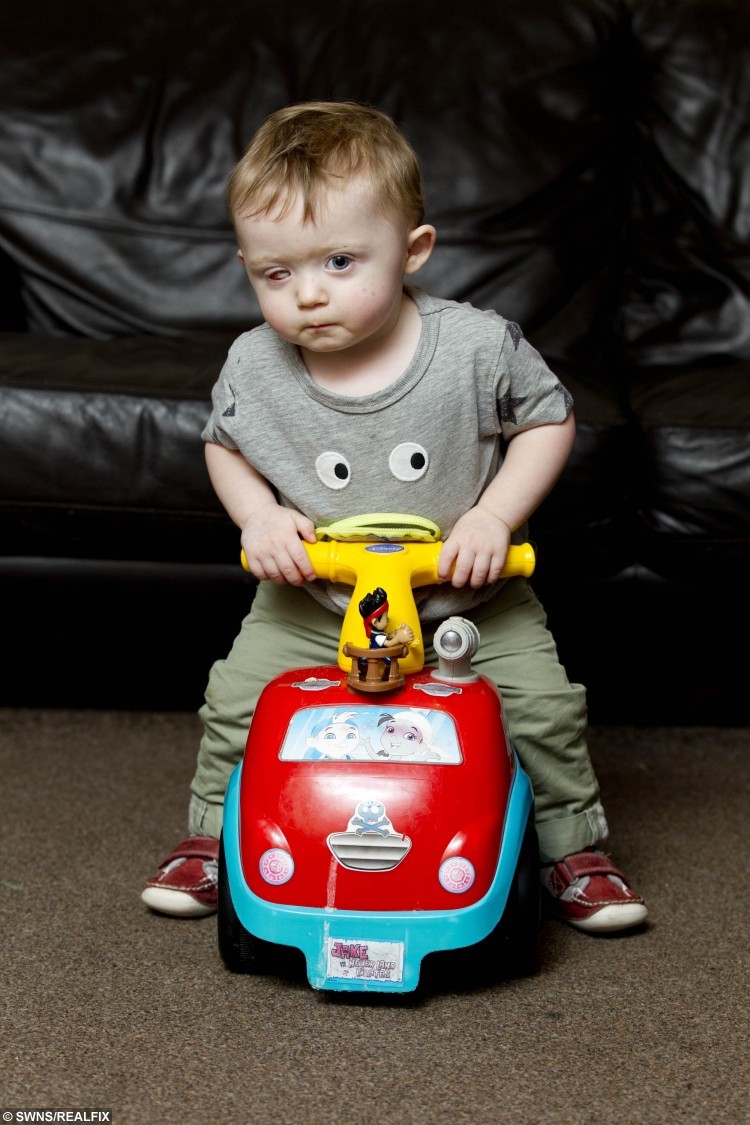 “After the operation he’s been a lot better in himself, he’s getting back to the way he was before.

“I’m so proud of how he’s coped with this. He’s amazed me so much.

“But I honestly don’t think we’ll ever get used to it. This has devastated the whole family.

“He’s having another operation soon to have a mould taken for his prosthetic eye. Then he’ll need more surgery to have it fitted but that won’t be the end of it.

“For the rest of his life he’ll have to remove and clean it, he’ll have to go to hospital appointments and have it checked and taken out and polished.

Amy, who has three other children – Ashleigh, nine, Thomas, five, and Lacey, four – with partner Rick, says she doesn’t hold a grudge against the man who caused her son’s life-changing injury.

She said: “I don’t blame Simon. It was a completely freak accident and I know he’s suffering himself. He’s a very close friend and loves the children.

“He hasn’t flown the drone since and he says the thought of it makes him physically sick.”

“I know there are a lot of experienced drone flyers but a lot of people aren’t aware of the dangers.”

“We didn’t think in a million years something like this could happen.

“I want to get it out to every parent, whether they’re flying drones in their gardens or in the park, they need to take precautions.

“These are not simple toys.

“There is a risk in anything in this world but if that risk can be reduced it’s got to make a difference.

“A woman messaged me on Facebook recently to say her son was cut on the face by a drone. They’re not safe for children to be around.” 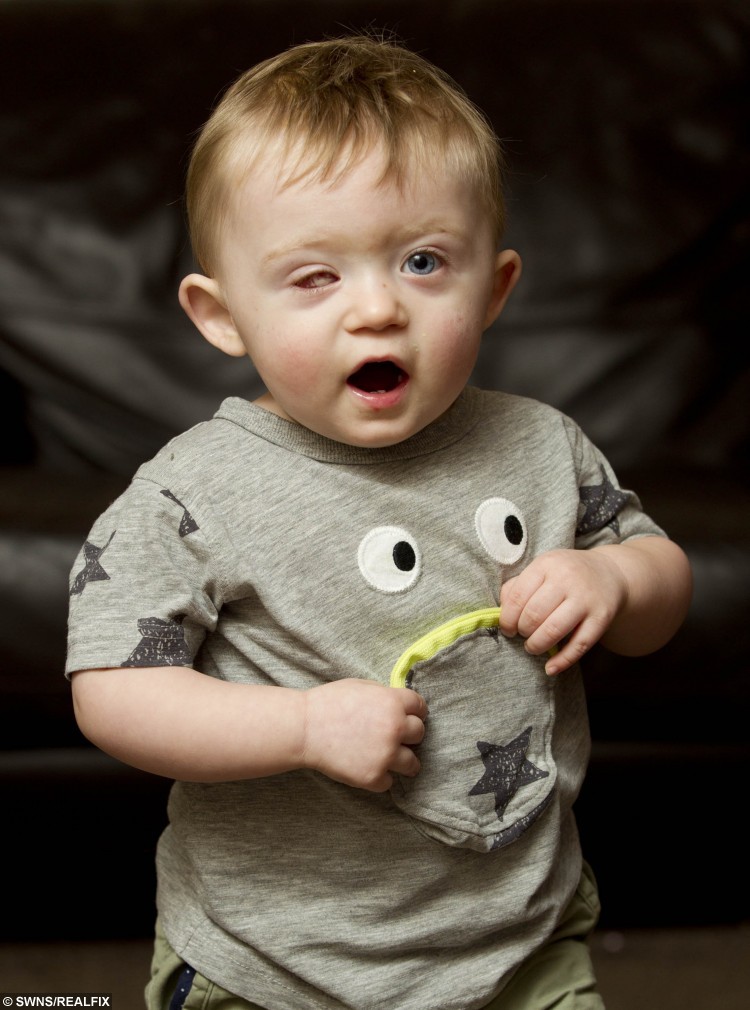 Drone operator Simon said: “It was up for about 60 seconds. As I brought it back down to land it just clipped the tree and span round.

“The next thing I know I’ve just heard my friend shriek and say ‘Oh God no’ and I turned around and just saw blood and his baby on the floor crying.”

Eye specialist Faye Mellington, from the Birmingham and Midland Eye Centre, said: “We knew straight away the outlook for Oscar’s vision long-term was extremely poor.

“‘I have seen a lot of ocular injuries, but never in someone so young, and I’ve not seen one from a drone.

“That said, given their popularity and the common use, it’s inevitable that we’ll see a lot more.'”

The Civil Aviation Authority has guidelines for flying drones safely, which are included in drone packaging.

There will be a public consultation on a licensing and registration scheme for drones before a Government strategy is published next year. 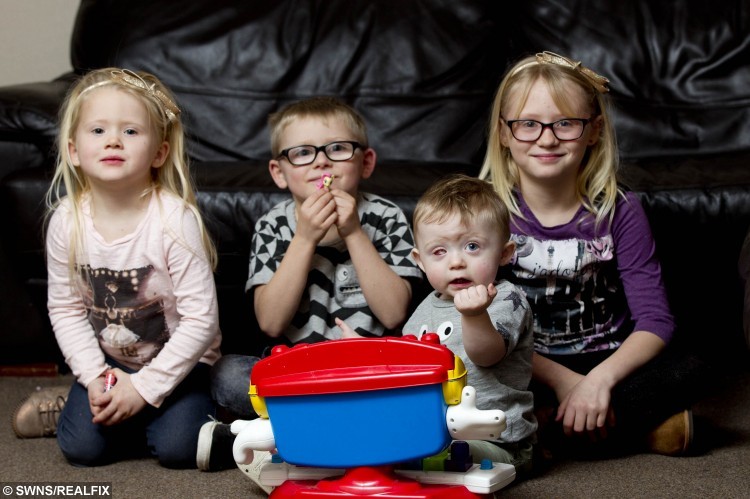