Twin girls have defied the odds and are due to start their first day of school after being born at 26 weeks weighing a tiny 1lb 14oz – as much as just half a bag of sugar.

Little Grace and Olivia Oman both arrived three months premature in July 2013 and were smaller than the palm of their mother’s hand.

Doctors told parents Vicki, 32 and Mark Oman, 30, there was very little chance the identical tots would even survive an hour. 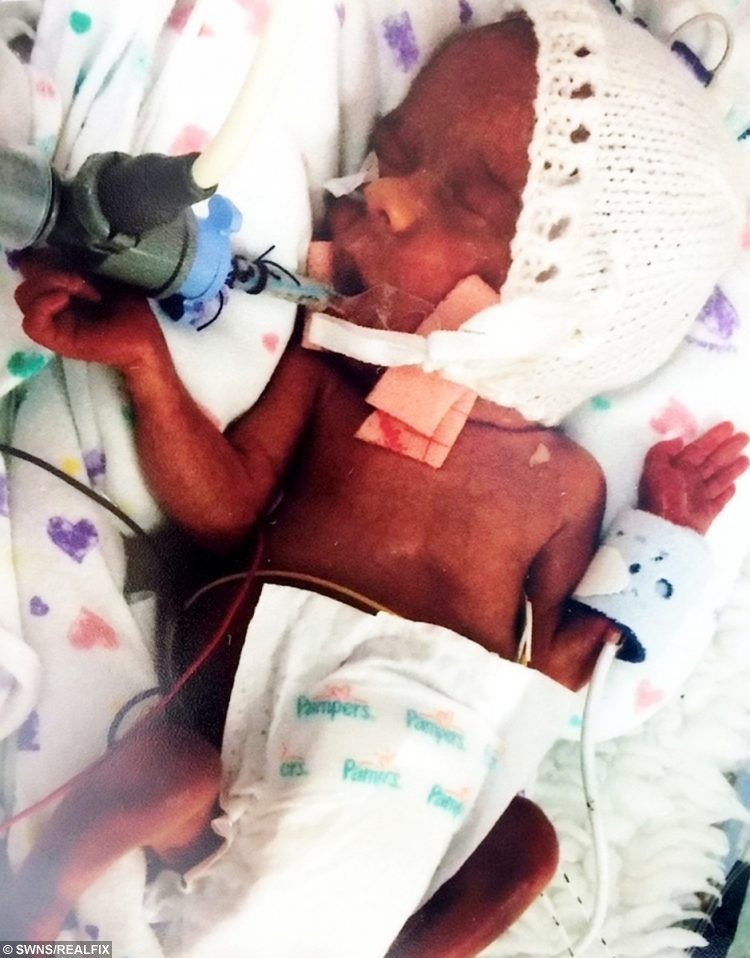 The news came as another devastating blow to the couple who were still grieving the loss of their unborn child.

Vicki, a paediatric staff nurse, was originally due to have triplets but the third baby, who the couple named Eleanor, died when she was 14 weeks’ pregnant.

However, four years later the battling twins have now both recovered from their early setbacks and are due to attend school for the first time on Tuesday (5 Sept).

Vicki has described plucky siblings Grace and Olivia as her ‘determined little miracles’.

She said: “We can’t quite believe we have got to this point, it is quite surreal.

“We are so lucky to have them here.

“The doctors didn’t know if they would survive an hour, never mind four years and having them start at school. They have come on so far.

“They came into the world fighting, they are very determined little girls and don’t give up easily. They take everything that’s been thrown at them on the chin.

“We still have some small hurdles to face, especially Grace, but we will continue to get through them like we have the last four and a half years.

“We don’t take anything for granted and know how lucky we are to have them with us.”

“They are looking forward to starting school; it is going to be an emotional day and there will be tears. It has been an emotional rollercoaster.”

Vicki, from Morpeth, Northumberland., had originally been carrying triplets and it was after losing Eleanor at 14 weeks that further difficulties started in her pregnancy.

The waters around Grace broke and it was feared the family would lose her because her lungs wouldn’t develop properly without the fluid.

But the waters built back up and everything seemed stable. 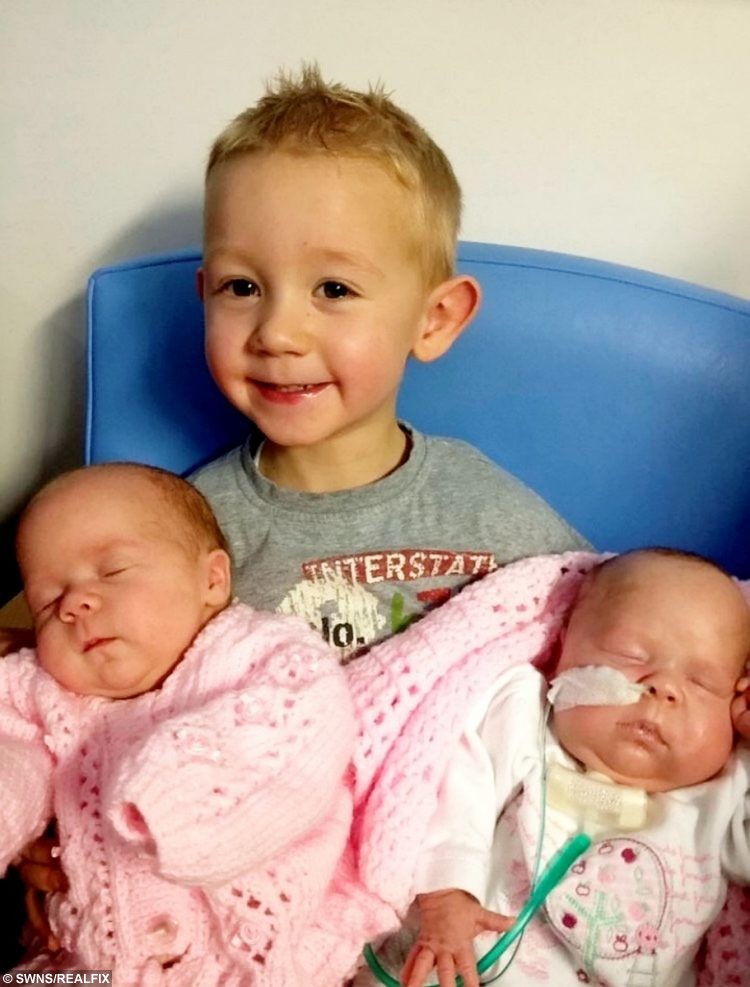 Then at 26 weeks, Vicki was rushed to Wansbeck General Hospital with contractions and in the early hours of July 26 she gave birth to the identical twin girls.

The twins were born just over an hour apart in July 2013 weighing just 1lb 14oz and the couple were warned it would be touch and go whether they would survive.

The girls were transferred to the neo-natal intensive care unit at Middlesbrough’s James Cook Hospital, where they stayed for the next 14 weeks.

But, on November 6, 2013 the twins were split up when Olivia was discharged and Grace was moved to Newcastle’s RVI as she still had problems breathing.

While they were separated mother Vicki placed a teddy bear wearing Olivia’s clothes in Grace’s incubator so that she would feel as though her sister was close.

At the age of just eight weeks and weighing just 3lb, Grace was fitted with a tracheostomy – a surgically made hole that goes through the front of the neck into the trachea, or windpipe to help with breathing.

She was allowed home for the first time aged nine months and has since had the tracheostomy removed following reconstructive surgery of her airway using rib cartilage.

It has been a torrid time for Grace but this ‘tough little cookie’ has taken it in her stride, according to her proud mum. 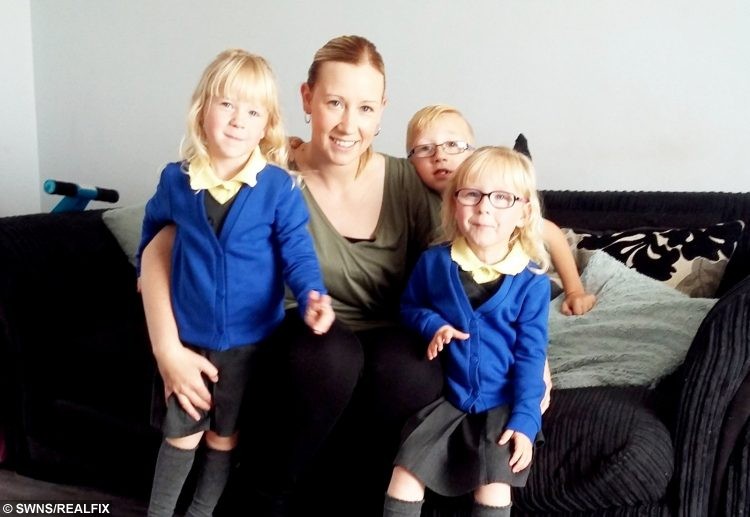 Now she and her sister – who also have a six-year-old brother Jake – can look forward to starting Broomhill First School next week.