Meet the remarkable twin sisters who share a unique bond because one has a rare genetic disorder which means she cannot talk and the other does not.

Hannah and Lexi Reeves, 18, were born 20 minutes apart and four weeks early to mum Brenda Reeves, 45, and have been inseparable ever since.

But while non-verbal Lexi has Angelman Syndrome, a disorder which affects the nervous system and causes mental disability and movement issues, Hannah does not.

The condition is caused by the absence of a gene which is normally present on the copy of chromosome 15 and affects one in 12,000 to 20,000 people. 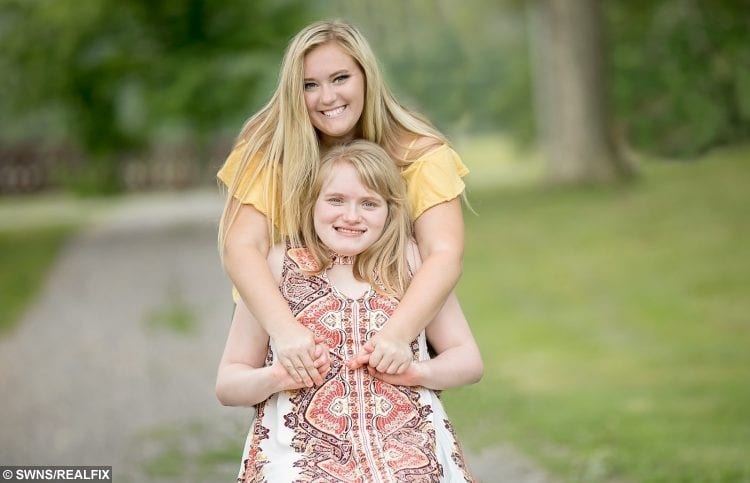 But Wen-Hann Tan, a clinical geneticist at Boston Children’s Hospital, estimates there are just a few hundred sets of siblings like Hannah and Lexi in the US.

Because of her diagnosis, Lexi, who has a mental age of three or four and suffers from epilepsy, requires round-the-clock care which is provided by Brenda with Hannah’s help.

The mother-and-daughter duo, of Corfu in upstate New York, USA, do everything from bathing Lexi to helping her eat, and she is totally non-verbal.

But despite the fact they cannot speak to one another, Lexi and Hannah share a “magical bond” – and whenever Hannah enters the room her little sister lights up.

Brenda, who is Lexi’s carer and works as a full-time admin assistant, said: “I have watched the two of them grow up side by side for 18 years.

“They have some sort of bond that others do not have and it’s amazing to watch how excited Alexis gets to see her sister.

“Growing up, Hannah didn’t know Lexi was different because it was just normal for her. She wanted to include Lexi in whatever she was doing.

“I think Hannah has grown up with her and loved her so much that Alexis feels extremely comfortable with her.

“Watching them together makes me feel like I must have done something right. It’s really very magical” 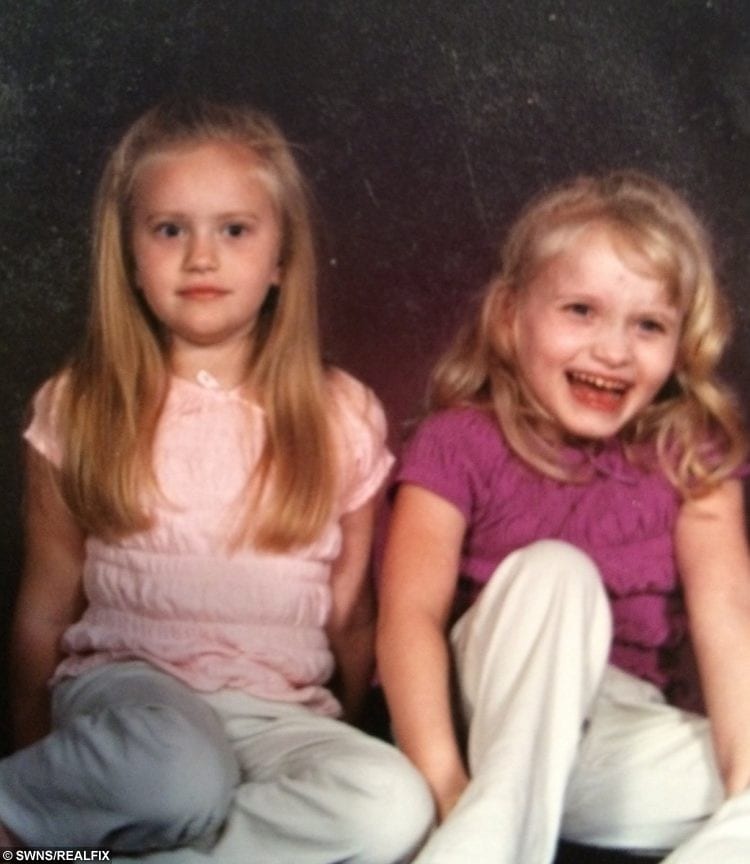 Hannah says helping look after her sister has inspired her so greatly that she now plans to become an occupational therapist so she can help other people with disabilities.

The teenager, who starts college this year, said: “I never really remember thinking Lexi was different, she was just my sister and I thought she was the best sister in the world.

“I always helped with food and eating with her and changing the channel – really simple stuff – and it was never a big deal.

“Lexi likes to beat me up sometimes. Some days will pull me in for a hug and then punch me or something. It’s very playful and we are very close.

“We have our own way of arguing it out and she has her own way of letting you know her likes and dislikes and what she wants.

“It’s definitely a special bond and I have definitely been influenced by her.

“There are no words to describe her. She is just honestly our angel, and she helps us do everything we do. Our lives wouldn’t be the same without her.

“She is my motivation. I played a lot of sports and when I had a tough game I would play for her.

“She doesn’t have the ability to do what I could do, so she has always been the fuel behind my fire to push me to do better.” 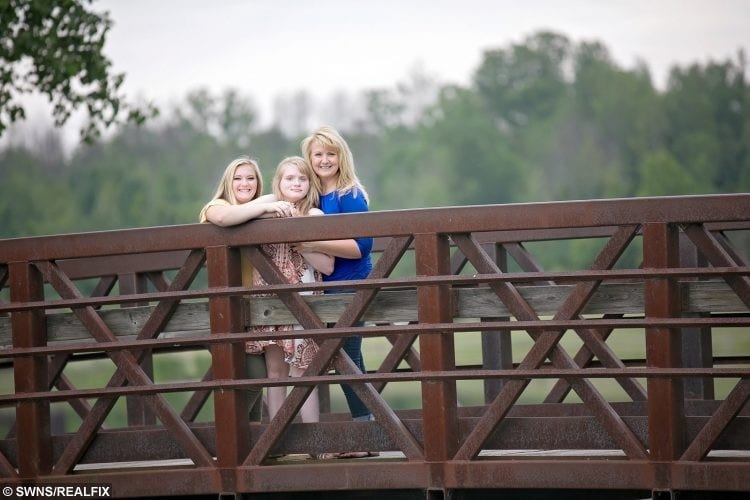 Lexi was “delayed in every aspect as a toddler” and had a noticeably wide mouth, which is a characteristic of those with Angelman Syndrome, according to Brenda.

She also has low muscle tone and can sit up, but requires assistance in order to walk.

Geneticist Wen-Hann Tan, who has been conducting clinical research studies into Angelman Syndrome since 2006, said: “Most children with Angelman syndrome have healthy unaffected siblings even if they are not ‘fraternal twins’.

“I would imagine probably close to low 100s [cases in the US] if you count siblings.

“The affected child probably has either a deletion on chromosome 15 or some other genetic alteration that results in Angelman syndrome.

“Most of these cases are due to spontaneous mutations around the time of fertilization.” 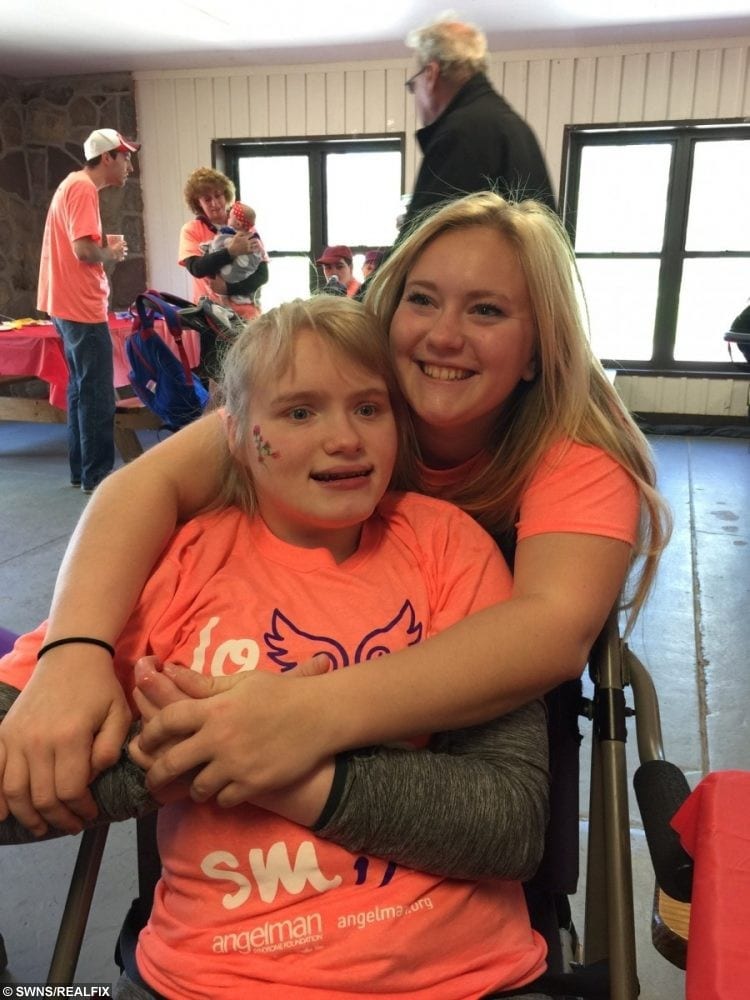 Last October, the Reeves family were helped by an appeal organized by Chive Charities, an organization which supports people with disabilities and their families.

They granted $15,000 for repairs to their home, which means they can stay living there.