A two-year-old boy is thought to be the only person in the world to suffer from a mystery condition which means he can’t eat or drink anything – including WATER.

Liam Denner has left medics baffled with the undiagnosed condition that makes his body attack itself when he eats or drinks.

The youngster also has a depleted immune system which makes him prone to infections.

Liam has to be fed intravenously, through a process called parenteral nutrition (TPN).

But TPN can lead to liver failure, meaning the tot is in a race against time to find a diagnosis.

Liam’s mum Zoey Horrocks, 25, said: “It’s scary. Every time he gets an infection or gets admitted into hospital, I don’t know whether I will be coming home with him.

“They have done so many tests on him.

“They think he’s one of a kind and he’s the only person with this condition.

“The things they have seen inside, they have never seen before.

“He can’t eat or drink anything, he can’t even tolerate water.

“He is fed intravenously into his heart through a central line.

“He has battled so many infections. Having the line in his heart means if bugs grow, he gets quite poorly.

“He doesn’t have an immune system and picks up so many bugs.”

“Zoey said Liam’s condition was discovered not long after he was born.” 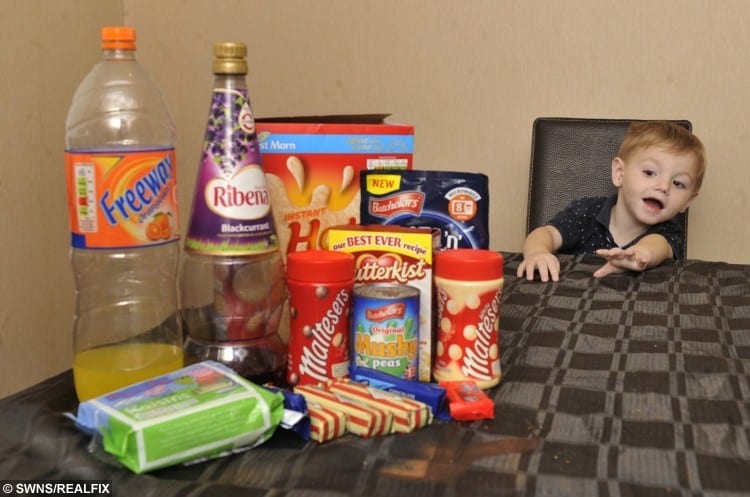 Now everytime he has anything to eat or drink his body attacks itself, causing him to vomit and excrete blood.

Single mum Zoey said: “He was born premature and he originally went into intensive care because he wasn’t breathing properly.

“We then realised he wasn’t feeding and he wouldn’t tolerate it when we tried to feed him.

“After a week or two of trying to get him to feed he had a massive bleed and when the doctor picked him up blood was just streaming down his leg. “

Doctors initially though Liam was suffering from a bowel condition and was transferred from Bolton hospital, Greater Mancs., to Alder Hey Children’s Hospital in Liverpool, Merseyside.

Baffled doctors then carried out numerous tests on Liam in a bid to find out his condition.

Zoey said: “They said it could be something really rare or really simple. They started loads of investigations and put him on TPN.

“There came a point when they were just stuck.” 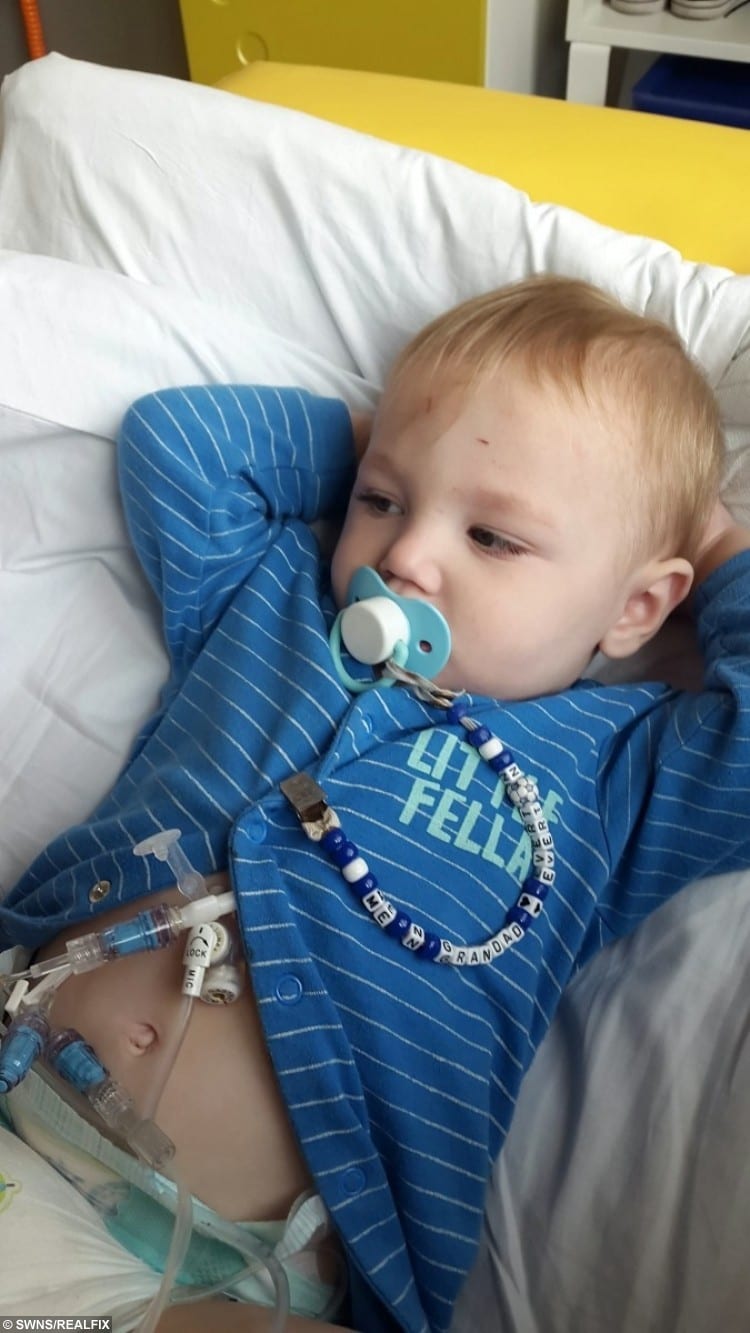 Liam and Zoey were then referred to Great Ormond Street hospital in London to meet specialists, including one from Amsterdam in a bid to get a diagnosis.

Zoey said: “They thought he had Tufting Syndrome, which there is a cure for but when they did the test it came back negative.

“They went inside his bowel to investigate and they found these markings that they had never seen before.

“When he was fed things these markings open up for some reason.

“When the specialist came from Amsterdam he didn’t have a clue what was going on and they said at this moment in time there is nothing they can do to help him.”

Zoey, from Atherton, Greater Mancs., added: “It’s worrying. At the last appointment we had at Great Ormond Street, they told us there is nothing they can do to help him.

“We have to just see how he goes on TPN.

“He is currently connected to it for 20 hours a day. 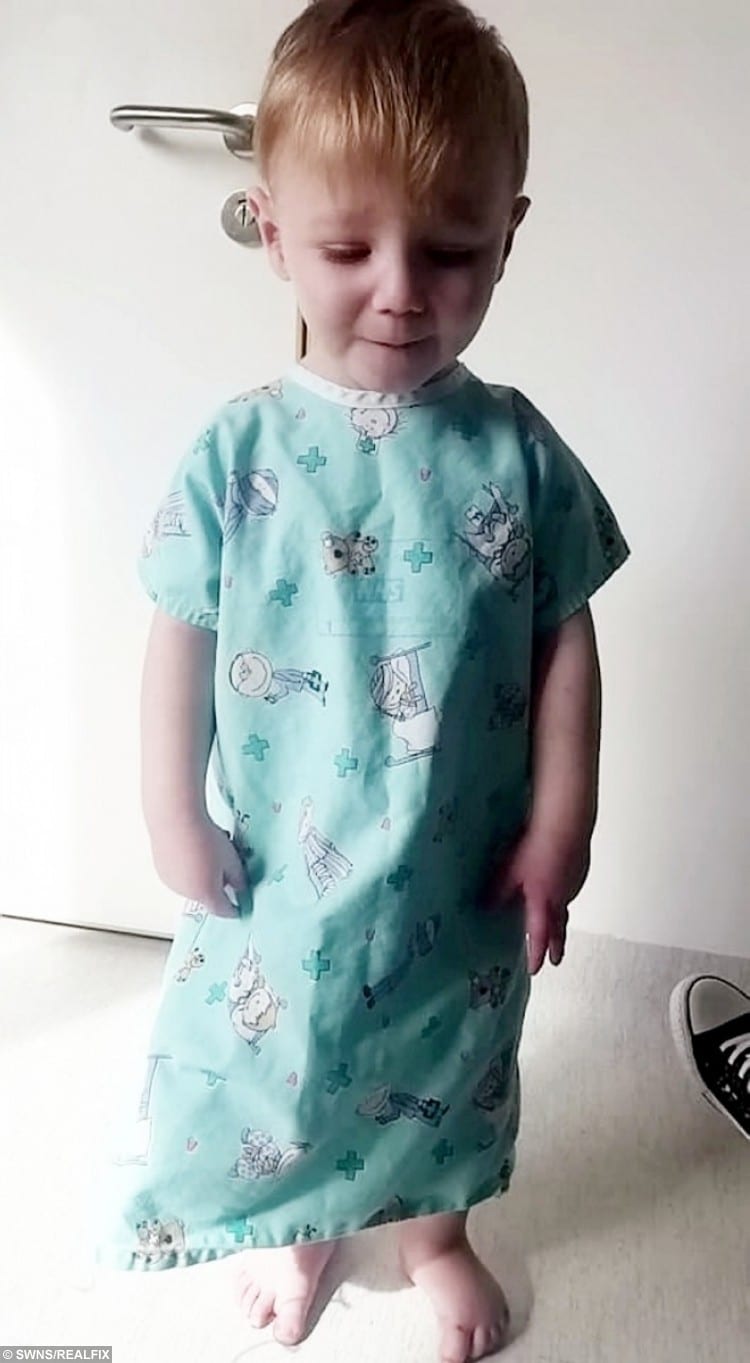 “It’s fine, but can change overnight.

“His liver could change overnight and I would be stuck and probably lose him. It’s hard.

“We’ve challenged him loads of times in hospital to try to feed him but everytime we do he bleeds and throws blood up and he is in a lot of pain.

“Last time was gave him broken down food salt but within two days he had started to bleed and he was in pain straight away.

“It is frustrating not knowing what is wrong with him but I am now more scared for the future.

“It’s not knowing what will happen to him.

“I have two other children as well so trying to look after all of them is hard work.”

Zoey, who is also mum to McKenzie, eight, and Scarlett, four, is now hoping to raise £2,000 to transform her back garden into an area the children can play together.