HomeHealthMost PopularVet put down our dog – then saved my life! 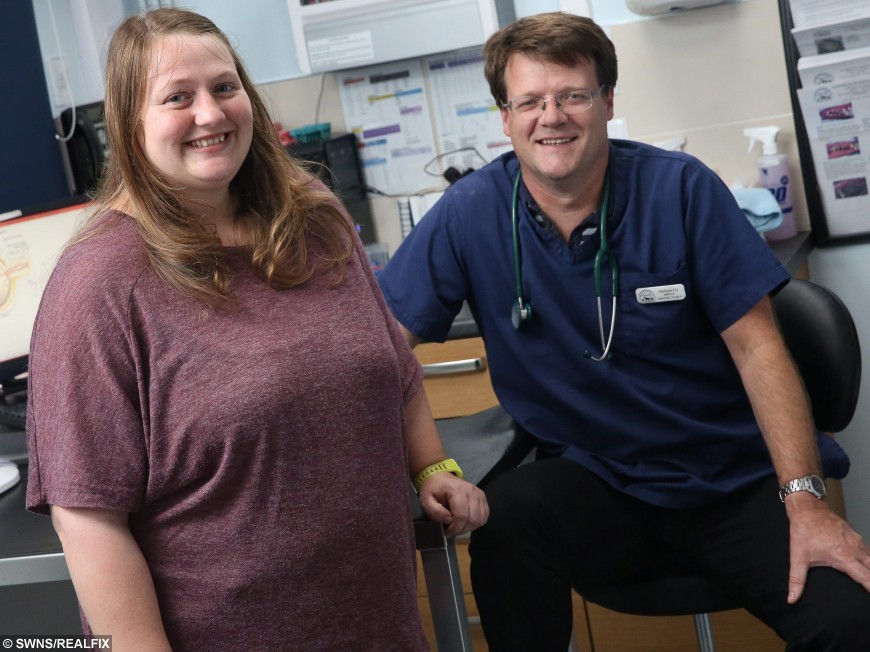 A vet saved the life of a woman who suffered a heart attack using CPR – after she collapsed in his surgery when he put down her mother’s dog.

Matthew Fry, 49, leapt into action to use resuscitation techniques he had only previously used on animals to come to the rescue of Lizzie Bevis, 30.

The pet owner had gone to the veterinary surgery with her mother’s poorly seven-year-old pooch Daisy and was given the heartbreaking news she needed putting down. 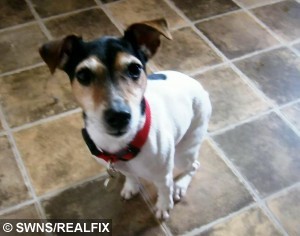 Lizzie wanted to be by her mum’s beloved Jack Russell’s side when she passed away so went into the consultancy room with Matthew who administered a lethal injection.

But as he did so the stress triggered a massive heart attack and Lizzie collapsed to the floor under the operating table and started turning blue.

Paramedics rushed to the scene at Quarrington Veterinary Surgery in Sleaford, Lincs., and used a defibrillator to revive Lizzie, who technically died for four minutes.

After spending two days in a medically induced coma she was transferred from Lincoln County Hospital to Nottingham City Hospital’s Acute and Cardiac Unit on July 17.

Doctors there discovered Lizzie suffered from Long QT syndrome, a rare heart condition where stress can induce irregular heartbeats that can prove fatal.

After spending two weeks in hospital she has since made an amazing recovery and believes if it wasn’t for the quick-thinking actions of Matthew she would be dead.

Yesterday (Thurs) Matthew said: “While we were putting Daisy to sleep, Lizzie slumped down against the operating table. 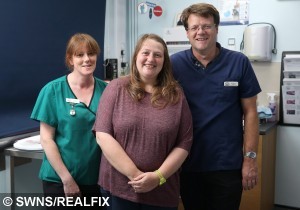 “It’s not unusual for people to get upset and to faint so I just thought that’s what had happened.

“I though I’ll finish with the dog first then move onto her, but when I went round to her I realised she was going blue – not just upset and fainting.

“I got my nurse to go to reception and call 999 and I started CPR.

“I remember lifting up her top to perform CPR and seeing she had stretch marks.

“I just thought ‘That’s three generations that will lose a loved one.’

“Thankfully the paramedics arrived pretty quick and got her away.

“All vets are trained in CPR because we have to perform it on animals all the time.

“The difference is animals’ chests are a lot deeper where as ours are quite wide but more shallow – it’s completely different.

“This was the first time I’d had to do it on a human and I hope I never have to again – the pressure is so much more with a human life.

“I was actually at a county fair the day before (Sun) with the surgery and there was a paramedics stand opposite.

“Sarah was with me and said ‘I wouldn’t say that, you never know when you might need them.’

“I can’t help but think this was karma for that.” 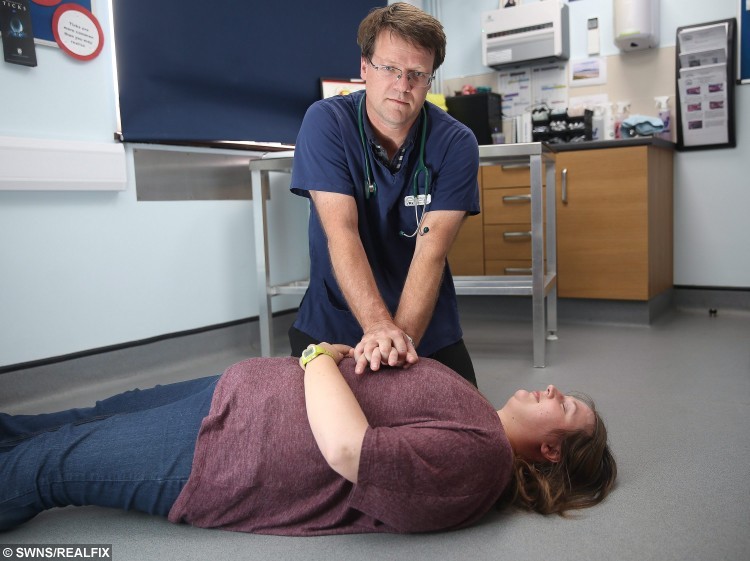 Paramedics arrived in minutes and rushed Lizzie to hospital

Mum-of-two Lizzie, from Sleaford, added: “I went to the vets with my mum and sister at about 10am, and was obviously already quite sad because we were putting Daisy down.

“My memory is really bad, so I can remember going into the vets room, but having to sit down on the floor because I was feeling breathless.

“But I didn’t get any better and the next thing I know I’m waking up in hospital two days later having had a massive heart attack.

“The doctors told me I was dead for four minutes, and if it wasn’t for Matthew I know I’d be dead now.

“When I was transferred to Nottingham Hospital they ran lots of tests on me and found out I have Long QT Syndrome, which means if I get stressed it can cause a heart attack.

“It took them a while to find out what the problem was because my heart is actually very healthy – I run half a mile most days.

“They”ve given me beta pills and put a micro-defibrillator in me to restart my heart if it happens again.

“Apparently one in two thousand people have it, so there’s a lot of people out there with this that don’t know about it.”

Lizzie usually lives at home caring for her husband Jamie, 32, who has long-term medical problems, and their two children, Alvi, eight, and Jasper, seven. 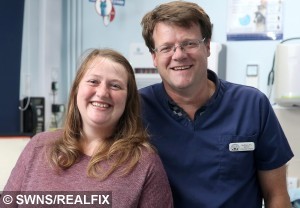 Lizzie suffers from Long QT syndrome, where stress can induce irregular heartbeats that can prove fatal.

But since being released by hospital she has stayed with her parents-in-law as she still feels lethargic a lot of the time.

Lizzie, a fully qualified expedition medic has now urged others to take up first aid training.

She said: “A good course costs about £30, but it gives you the knowledge to save someone’s life.

“I took a big cake into the vets the other day and gave Matthew a massive hug.

“He just looked at me and said ‘Don’t go doing that again.”

Sister Christine, 22, said: “It was absolutely horrible – I remember mum and I looked at each other and thought ‘We’ve lost both Lizzie and Daisy’.

“We thought it was just the stress and emotion from Daisy being put down that made her want to sit down.

“Then she started breathing really heavily and collapsed against the operating table on the floor.

“I thought she was just trying not to faint, then I saw she had gone completely pale and blue all over.

“She didn’t respond to me or the vet.

“They had to shock her twice to bring her back round though.

“Now that she’s OK, I guess the silver lining is it took our minds off Daisy.”

« Previous post Could you love me? 26-year-old has never had a date because girls judge his size
Next article » This angler has landed the catch of a lifetime