Wheelchair-Bound Woman Claims She Was Manhandled At Airport By Staff

A wheelchair-bound woman was humiliated after staff at a German airport accused her of exaggerating her disability – and ripped off her spinal corset to try and prove it.

Svitlana Vorozhkina, 41, who is partly-paralysed following a serious car accident, has been left “shaken and upset” after being manhandled at Frankfurt Airport.

She was travelling back to the UK from a trip to her native Ukraine with husband Ruslan Vorozhkin when staff began treating her with suspicion.

They asked her to remove a corset which supports her spine on long journeys – but when she refused they did it themselves and she slumped forward in agony. 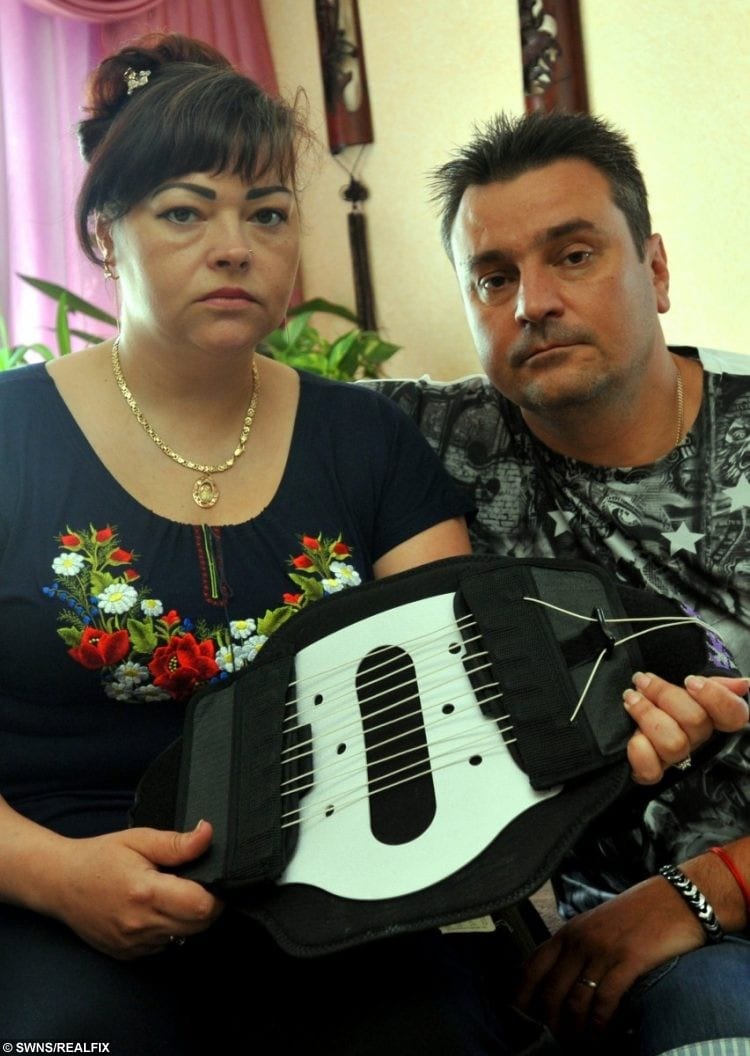 Svitlana, who now lives in Wigan, Lancs., said: “The corset is a piece of specific equipment I have to support my back because I’m in pain 24/7.

“We got to the security area and an employee looked at me and asked if there was any possibility of taking the corset off.

“I said I couldn’t while I was sat down and a lady then checked my hands and didn’t listen to what I said about the corset.

“Straight away she opened it without telling me anything. I just slumped forward, I was in horrible pain.

“She said I had something there. I moved forward and as I was reaching for it the corset fell to the floor. Of course by this point I became angry.

“The security called for police and the woman told them I had tried to beat her up.

“Another security official then said he didn’t believe I was disabled or paralysed.

“They were all around me pushing me not to make a claim, saying I would be in trouble and lose money on my tickets and the security lady was really aggressive.” 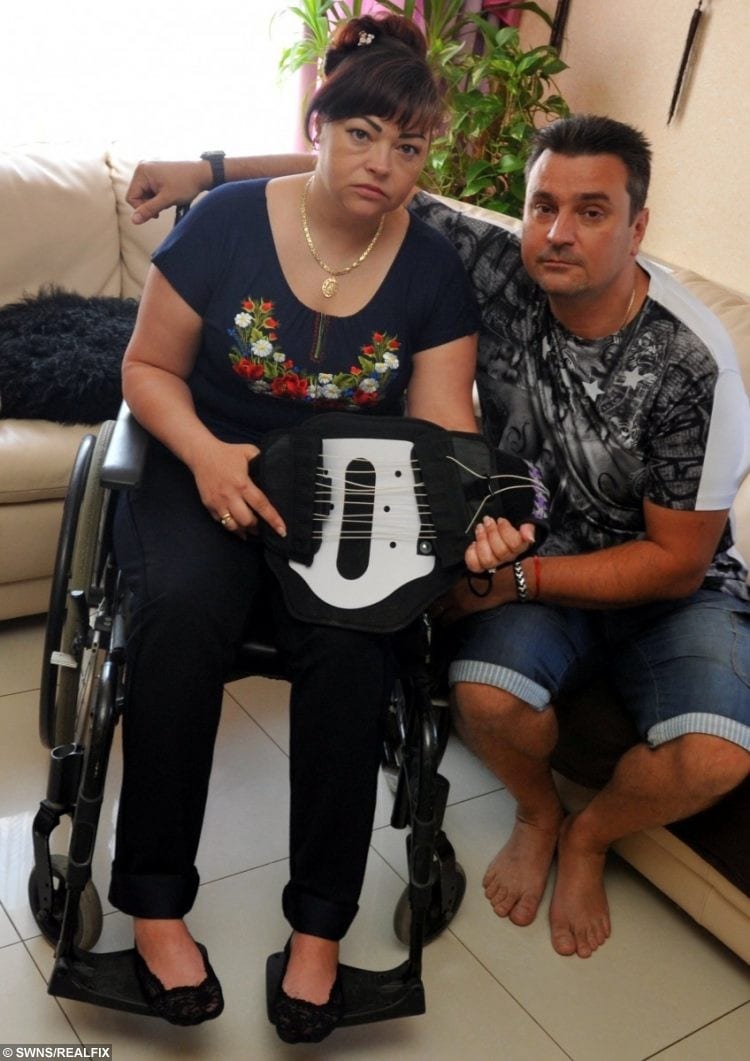 Svitlana has been left extremely shaken and upset by the ordeal on June 5 and is determined to take the matter further.

She said: “I don’t understand how they could all be doing things like that to a disabled person.

“Two police with guns came to my seat on the plane because they thought I had water.

“I’ve travelled all over Europe and never been treated like this – normally airport staff care for disabled people.

“It’s the first time in my life someone has tried to take off my corset at an airport.

“I was shocked and scared. I want to say something about it because today it is me, tomorrow it could be another person.”

Frankfurt Airport has asked Svitlana to submit a full account of the incident for further investigation.