Woman crowned champion after braving the stage with her colostomy bag

Zoey Wright pictured winning her class at her first body building show in Cornwall, September 28 2015. See SWNS story SWBODY; A woman who nearly died of a debilitating bowel condition and now has to wear a colostomy bag has bounced back to health - to become a BODYBUILDER. Brave Zoey Wright, 22, first noticed something was wrong when she lost two stone in just four weeks and she felt constantly weak. Doctors diagnosed her with Ulcerative Colitis - a painful, long-term condition, where the colon and rectum become inflamed. She suffered for two years with chronic fatigue and recurring diarrhoea, and even spent a month in hospital over fears her bowel could perforate causing fatal toxic shock.

A woman who nearly died of a debilitating bowel condition and now has to wear a colostomy bag has bounced back to health – to become a champion BODYBUILDER.

Doctors diagnosed her with Ulcerative Colitis – a painful, long-term condition, where the colon and rectum become inflamed.

She suffered for two years with chronic fatigue and recurring diarrhoea, and even spent a month in hospital over fears her bowel could perforate causing fatal toxic shock.

But in November 2014, the former sports rehab student made the life-changing decision to have ileostomy surgery – fitting a colostomy bag on the outside of her body.

Now, 10 months on from the procedure, Zoey has defied the odds by winning her first bodybuilding show and qualifying for the world championships.

She was crowned best figure and best body transformation at the Pure Elite competition in Middlesex and proudly posed showing her bag.

Writing on her Instagram page, Zoey, from Penryn, Cornwall, said: “Well guys and girls.. I’ve only gone and done it!! World championship here I come!”

The following morning, she wrote: “I’m still on cloud 9. I’ve hardly slept. I’m feeling so overwhelmed.. is this a dream!?”

“I’m not going to sugar coat it, preparing for a bodybuilding competition is tough for any normal person, but when you live with a chronic Illness as well it’s a nightmare,” she said.

“Fatigue wise at the moment I’m struggling. I’m a bag of emotions half the day and even after buckets of black coffee I’m still falling asleep.

“But I need to keep focused, only 25 days to go. Can’t let anything hold me back now.” 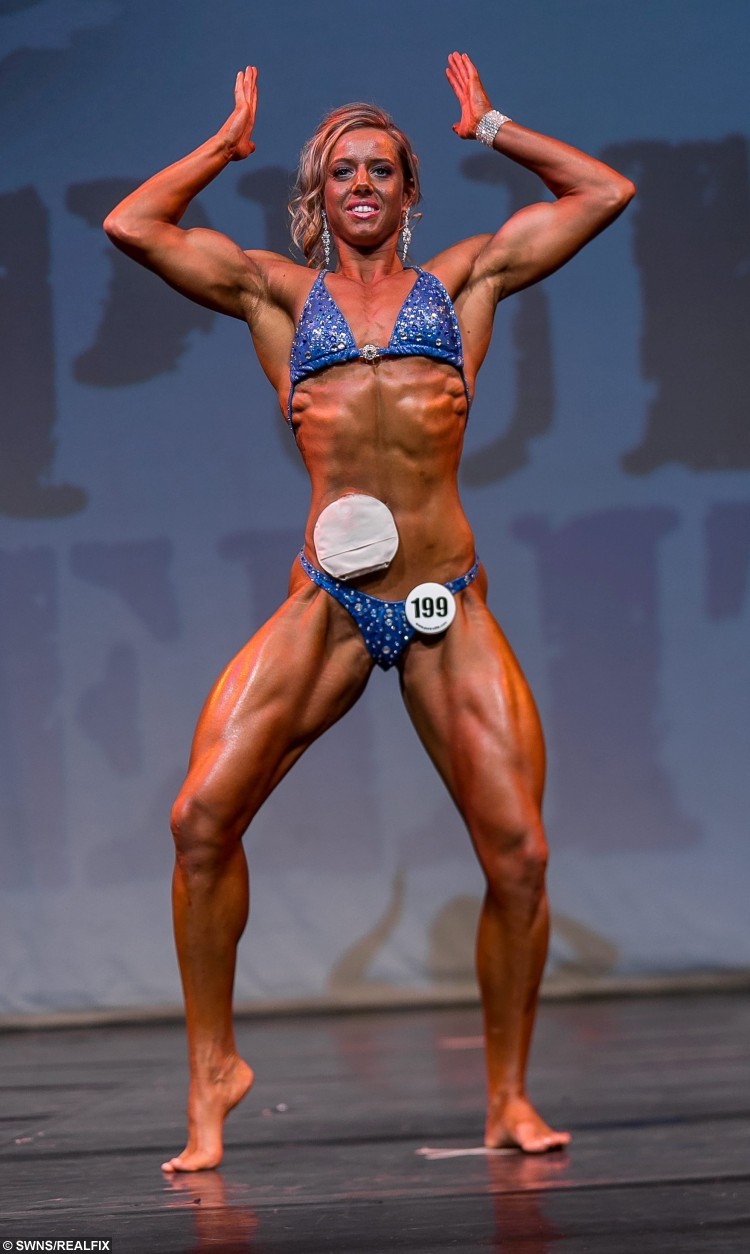 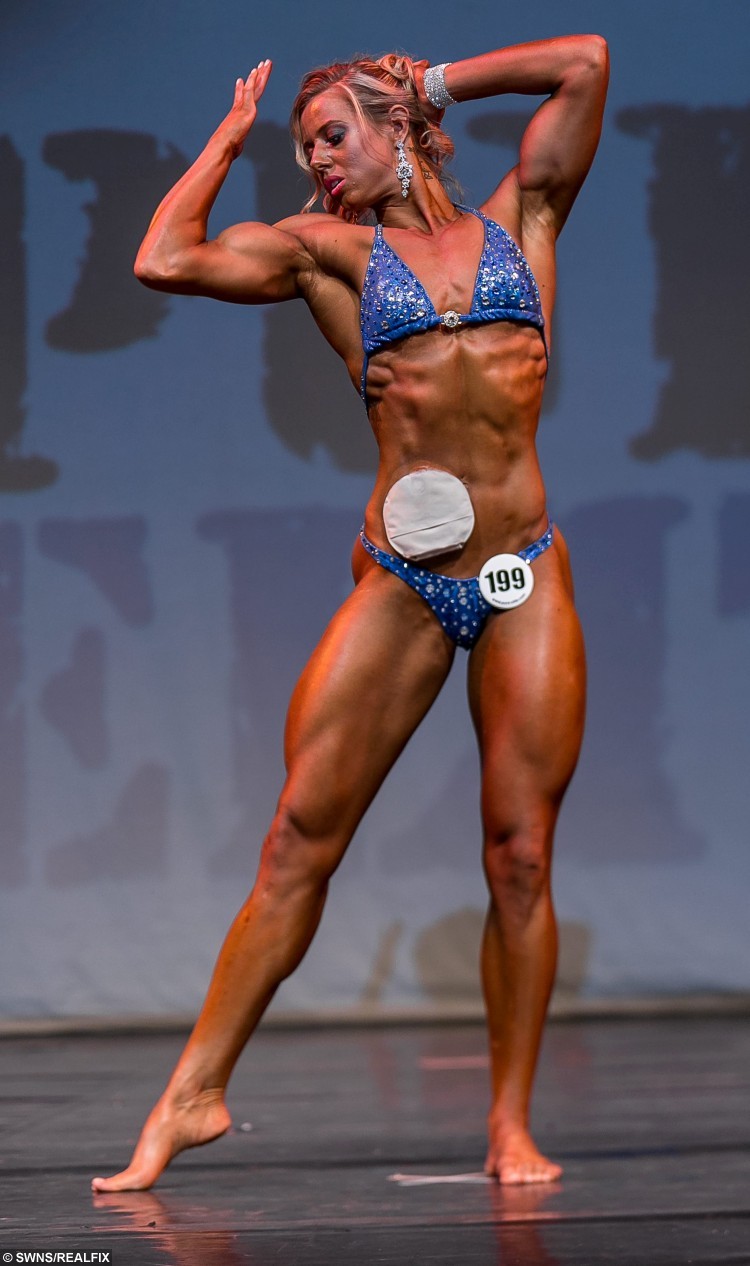 “It’s time to show the world that having a chronic illness doesn’t have to stop you from achieving.

“I’m absolutely petrified to go in front of a theatre full of people with my bag fully exposed.

“I know that on social media I’m very open about my ostomy but going out in front of the world Is a completely different matter.”

Zoey first started to feel poorly in 2012 when she noticed her weight dramatically plummet from 10 stone to eight stone in just four weeks.

Her doctor diagnosed her with Ulcerative Colitis in September 2012, and told her she would have to have ileostomy surgery – where the small intestine is diverted through an opening in the abdomen.

But Zoey shunned medication and took up bodybuilding, with the help of her partner Conor, who is also into the sport.

Her health recuperated enough for her to escape the proposed surgery, and she began to healthily bulk up by lifting weights.

But sadly, every time she felt she was getting stronger, her condition – which causes crippling stomach pains – got the better of her.

“My UC would remind me it was there, tearing away my insides, causing me chronic pain and leading to countless hospital admissions, countless drugs, treatments,” said Zoey.

“It was mentally and physically pulling me down.”

In November 2014, Zoey made the courageous decision to have the ileostomy surgery.

And while she still suffers some pain, she has been doing regular workouts and following a protein-rich diet to prepare for the competition.

She told fans on Instagram that she would be “rocking her ileostomy” on the stage.

She added: “Whenever I felt down, I found myself turning it into motivation.

“Yes, this illness had taken my bowel and changed me physically but why let it change you mentally?

“When you have passion and drive for something you enjoy nothing will stop you.

“Bodybuilding has always been my coping mechanism and it continues to be that every single day. I’m in control and I’m going to kill it.” 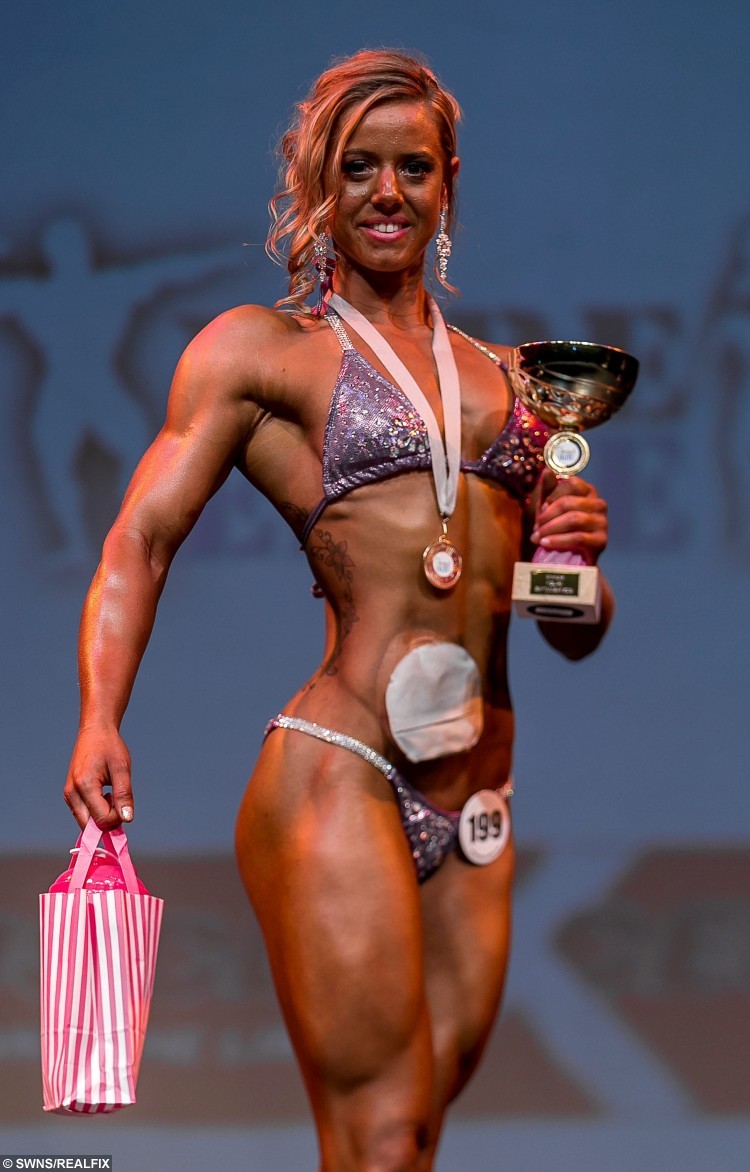