Emma Bromfield with son Frankie (age 1 week). A mum of three got the shock of her life when she went into labour Ã only TWO days after discovering she was pregnant. See NTI story NTIBIRTH. Emma Bromfield, 36, and her husband Jason, 38, already have children Millie, seven, Molly, six, and 15-month-old George, and had not planned any more. But after missing a period last month, she did a pregnancy test on Tuesday and got the shock of her life when she realised she was expecting. On Thursday morning, concerned that she was bleeding, Emma went to her GP who said she might be having a miscarriage and sent her for an early pregnancy scan at Burton's Queen's Hospital. Emma said: "The nurse who was doing the scan said, 'I don't know what to say Ã this scan shows you are 35 weeks gone'. Emma was taken to the maternity ward to be examined where they realised she was already in labour, and at 4.10pm, a healthy baby boy weighing 6lb 1oz was born.

A mum who was told she could never have children was left gobsmacked after she gave birth to a baby boy – just TWO DAYS after finding out she was pregnant.

Emma Bromfield, 36, and her husband Jason, 38, had not planned on adding to their family after already defying the odds to have Millie, seven, Molly, six, and 15-month-old George.

But after missing her period last month, Emma did a pregnancy test on Tuesday (24/11) and was stunned when she realised she was expecting.

She went to her GP on Thursday morning (26/11) after passing blood and was sent for an early pregnancy scan at the Queen’s Hospital in Burton-upon-Trent, Staffs.

Her doctor told her there was a heartbeat and that she was around nine weeks pregnant but could be having a miscarriage.

But Emma had the shock of her life when a midwife at the hospital told her she was actually 35 weeks pregnant.

Incredibly, the mum-of-four was taken to the maternity ward to be examined at 3.30pm where they realised she had dilated 5cm and was already in labour.

Emma, who lives with her husband-of-nine years Jason in Newhall, Derbys., said she didn’t gain any weight or have any pregnancy symptoms.

She added: “The nurse who was doing the scan said: ‘I don’t know what to say, this scan shows you are 35 weeks gone’.

“I was in total shock. I am not new to the signs of pregnancy and I had not had any of the morning sickness I had had with the other three.”

“With George I was waddling around and couldn’t even do up my coat. With this one I hadn’t put on any weight and I was still in my everyday jeans.

“It was the best pregnancy ever.

“I had read about this in magazines and always thought: ‘how could you go that long without knowing?’ And then it happened to me.”

Emma, who works as a lunchtime supervisor at a school, said everything happened so quickly that the sex of their new baby was a complete surprise.

The couple had to be given emergency babygrows and nappies by hospital staff because they had given away all of George’s baby clothes.

Emma added: “Our other children have taken to him really well, although Molly thought we had bought Frankie from the hospital shop and asked if it had run out of girls.”

“I still look at him and think: ‘where did you come from?'”

“If the doctor hadn’t sent me for an early pregnancy scan, I would have been on the school run at the time of giving birth, and it could have very easily happened in the playground.

“It doesn’t bear thinking about.”

It all happened so fast that dad Jason was doing the school run at the time so missed the birth of his fourth child.

The security officer said: “I was only 15 minutes away from the hospital and probably drove through three or four red lights. 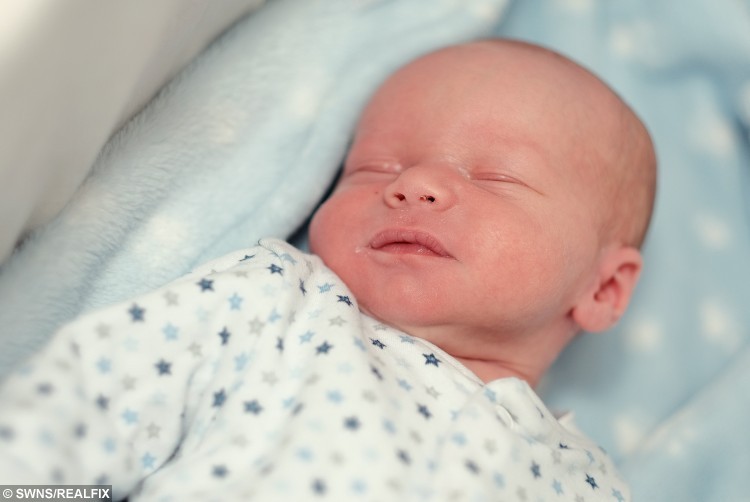 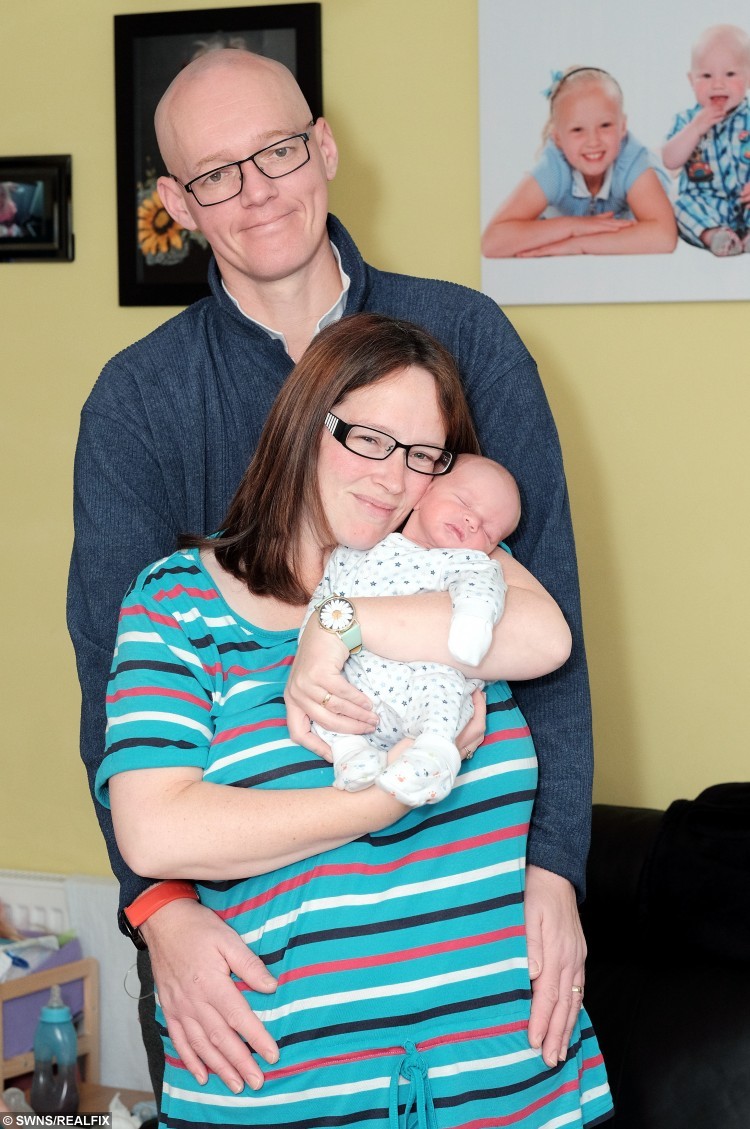 “I called work to tell them I wasn’t coming in because my wife was in labour.

“They said: ‘we didn’t even know your wife was pregnant ‘ and I said: ‘neither did I’.

“I got to the hospital ten minutes after Emma gave birth. She did everything in a day instead of nine months.

“We really have defied the odds. It’s unbelievable.

“We are still in shock, but it was a nice early Christmas present for us.”

The surprise birth was made all the sweeter because when she was younger Emma had problems with her ovaries and was told she couldn’t have children.

Dad Jason added: “When I met her, we had two girls and then Emma suffered two miscarriages both at five weeks.

“She was then told she probably couldn’t have a baby boy and amazingly we’ve now had two.”