A young woman has opened up about her lifelong battle with a bladder condition which means she has to wear adult nappies – and wets the bed every night.

Olivia Robbin, 25, suffered with incontinence throughout her school years and university before she was diagnosed with an overactive bladder in November 2011.

She had to warn friends’ parents before sleepovers as a teenager and longed to become an adult because she thought the problem would stop.

But she still regularly experiences a sudden painful need to urinate, leaving her red-faced around clients and colleagues at work. 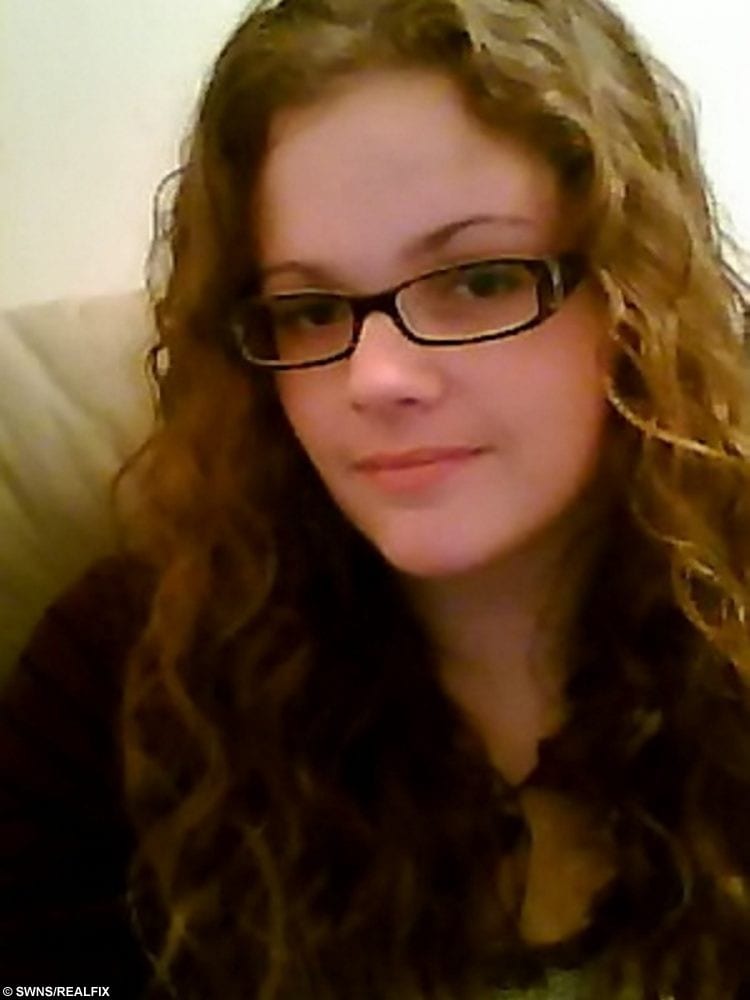 Olivia, who works in retail banking, has shared information about her condition in a collection of candid YouTube videos to raise awareness of the little-known condition.

Her mum Jody, 50, was very supportive – but she said her dad Dave, 55, and her brothers still won’t talk about it.

Single Olivia, from Ontario, Canada, said: “I still wet the bed every night – there’s no avoiding it. It’s just something I’ve had to come to accept.

“I order diapers in bulk which can get very expensive and take up a lot of space in my room.

“Normal activities are so difficult for me – I have to get up once or twice during a film at the cinema. I’m usually the driver on a road-trip so I can feel comfortable that I can find the toilet stops.

“My closest friends are so understanding but others don’t want to talk about it, because they might be uncomfortable with the subject.

“I still find it such a relief to tell people, because then I can be way more open about a huge and difficult part of my life that is usually kept quiet – that’s why I started my YouTube channel.

“My mum has always supported me and done everything she could to help.

“My dad and brothers were quite detached from the problem and would never talk about it to me.

“We went through a lot of bedding, covers, and mattresses, but they were usually second hand from other family members.

“My grandma felt guilty for a long time for feeling like she caused the problem as she said she reprimanded me for wetting the bed when I was younger, but I don’t remember that.

“I remember when I was just starting university at 17, she was quite upset with me because I still wet the bed – but we’ve made up for it since.”

Homeschooled Olivia always believed she had a small bladder – because she wasn’t around other children to realise there was something different about her.

She said: “I had some peers from church and from other home-schooling groups and I would have sleepovers from time to time.

“I would have to tell their parents about it and they would usually say that there was no problem, and that their child sometimes had bed-wetting issues.

“They tried to play it down to make me feel more comfortable – I appreciated that, but I could never tell them that it was an every night issue and not a rare occurrence.

“The older I got the more excited I was to reach my teens, because that’s usually when it would stop – It never did though.”

After university, Olivia got her first job in retail banking.

But she has to be prepared to run to the toilet at any point during the day.

She said: “I still have moments every day where all of a sudden I have to get to the bathroom fast, and it’s kind of awkward for my colleagues, managers, and even clients sometimes, to have to wait around for me to return from the toilet.

“It’s so frustrating for me, because it comes on within a matter of five-seconds, and my bladder is in pain from the urgency.

“Sometimes I only have to go 6-8 times a day – sometimes it is way more. My bladder will have good days, and bad days.”

In November 2016 she went for her first surgery to try to relieve the symptoms, which helped slightly, but did not remedy her condition completely.

She decided it was time to create the YouTube channel to share her experiences to spread awareness about the little talked about condition.

“Every comment, every email, every ‘thank you’ makes me know that what I’m doing is helping people and being so transparent with my story has been so important and changed people’s lives knowing they’re not alone, as I once did.

“I know this is my passion in life now, to continue making videos, posts, and sharing anything I can online.

“I believe everyone who has a bladder should be educated about it and what to look out for.

“I want to be an advocate and voice for people with OAB and adult bed wetting and spread awareness of this very common, yet misunderstood, condition all across the world.”