Rosie's bed at the start of her journey In John O'Groats. Rosie Mai pushed a bed on wheels all the way from John OÃGroats to LandÃs End to raise money for charity. See Centre Press story CPBED; A Scottish charity fundraiser has completed a five month challenge - pushing her bed the length of the UK. Rosie Mai Iredale, 26, reached her final destination of Land's End on Monday afternoon, having set off from John O'Groats in her pyjamas in May. She travelled on minor roads and walked trails for 1,200 miles, experiencing all types of weathers and sleeping in car parks, lay-bys and conservatories. Her efforts have seen her raise Ã21,000 which will go towards opening a children's home in Bristol. Rosie, originally from Edinburgh, even adopted a stray kitten which she picked up en route.

A charity fund raiser has completed a five-month trek from John O’Groats to Land’s End – pushing her BED for the entire journey.

Brave Rosie Mai Iredale, 26, reached the end of her epic journey in Cornwall on Monday afternoon, having set off from the north of Scotland in her pyjamas in May.

She travelled on minor roads and walked trails for 1,200 miles, experiencing all types of weathers and sleeping in car parks, lay-bys and conservatories.

Rosie pushed her bed, which weighed 125kg, for an average of 25 miles a day.

Her extraordinary efforts have already seen her raise £21,000 which will go towards opening a children’s home in her home city of Bristol.

The youth worker even adopted a stray kitten which she picked up en route.

She said: “It’s completely overwhelming to finish. It hasn’t sunk in yet.

“It makes all the difficult times feel really worthwhile.”

“I’m raising money towards starting up my own children’s home in Bristol.

“I wanted to do a challenge that was a bit different because not everyone has a safe place to sleep so I decided to take my place to sleep out into the big bad world.”

She would regularly walk from 6am until 10.30pm and says she had no idea just how tough her challenge would be.

She said: “I hadn’t realise how awkward it would be to push. I was travelling at 1mph when it was hilly.

“It’s hard to say what the most difficult part was – probably walking through the rain for three days solid.

“Everything you own is wet. You’re tired and hungry and running out of food.”

“A wheel fell off and I had to walk back half a mile to pick up the bit that fell off. I sat on a rock and cried my eyes out.

“Sometimes you got a shed to push the bed into, but in some of the more rural areas I tended to just sleep in a field or maybe in a car park if I can find one.

“What’s fantastic is the help I’ve got from so many people, most of them strangers.

“They either donate, or offer me a place to stay, or walk with me for a while. That actually does help, because I have someone to talk to.

“But it could get quite lonely at times when there’s no one.”

“I slept in fields, hotel car parks, and was wheeled into conservatories and dining rooms. I got a lot of offers of free hotel rooms but I declined.”

And she ended up with an unlikely companion when a kitten took refuge in her bed.

Rosie said: “I was sleeping in a field and I woke up with this tiny little kitten sprawled across my chest.

“He was coughing and wheezing and really quite poorly. I think he was looking for a warm place to die but I’ve adopted him now and he’s been to the vet. He’s doing so much better now and really perked up.”

She has since named the feline Tyke and plans to keep him.

Rosie had hoped to complete the challenge in 60 days, but ended up taking five and a half months after a series of mishaps.

She already had to abort her first attempt after the bed broke near Inverness in Scotland, leaving her waiting for a month for it to get fixed. 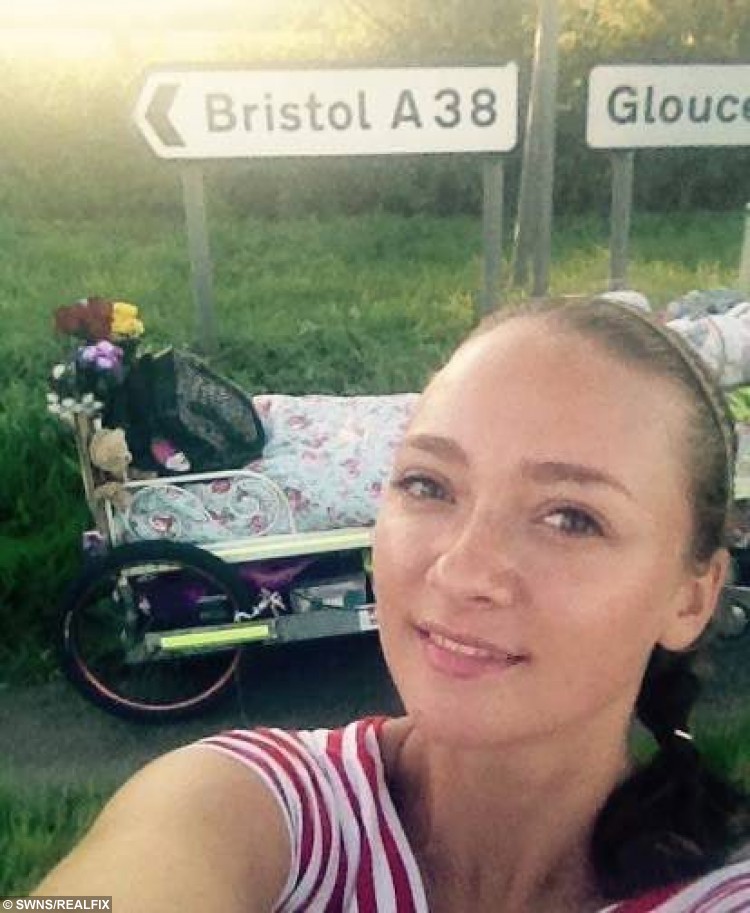 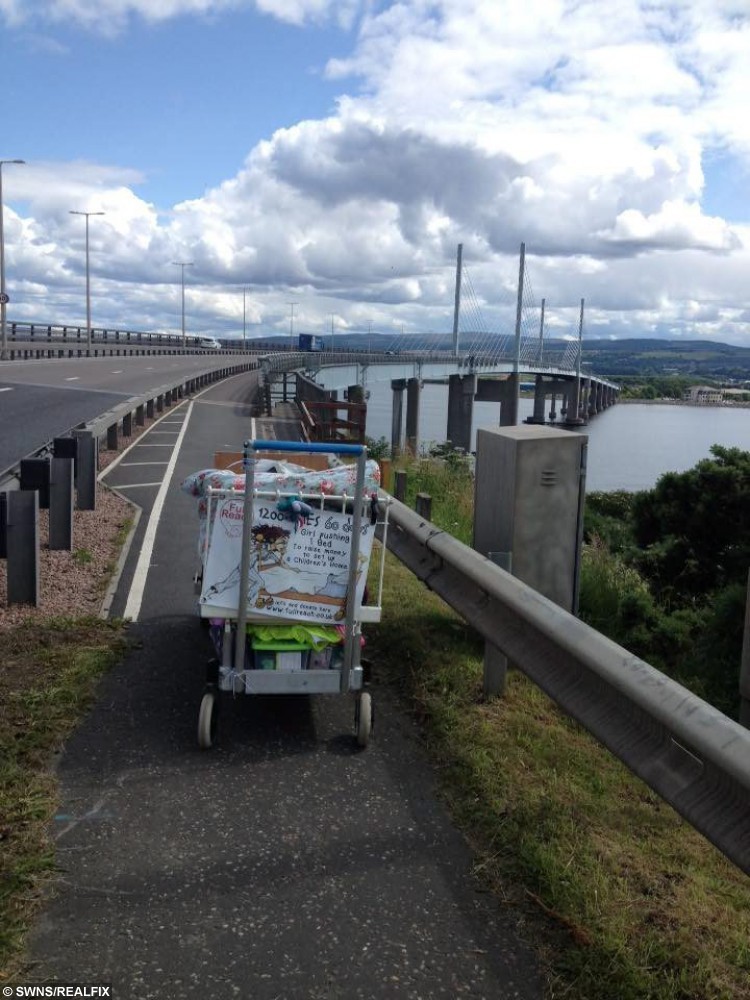 Once she started again, she suffered a number of breakdowns along the route and was struck down with a viral infection.

But Rosie believes her hard work was worth it, partly due to the support she received from members of the public.

She said: “The support has been phenomenal. My support team was the Great British public.”

Rosie’s bed challenge is part of a series she has planned over the next five years to raise £200,000 for her children’s home.

And despite barely finishing her epic trek, she has already started thinking about what she will do next.

She said: “I’ve already sent out a few emails regarding the next one. I have a few ideas of things I’ll be doing next year.”

To donate towards the cause, readers are asked to visit Rosie’s website: www.fullreach.co.uk.