This picture shows a new mum posing for a selfie with a paramedic – after giving birth in a roadside lay-by.

Leanne Parrett, 31, suddenly went into labour at home on the day she was due to be induced.

Husband Sam started driving her to Gloucestershire Royal Hospital in Gloucester but felt the urge to push as they were about to join the M5. 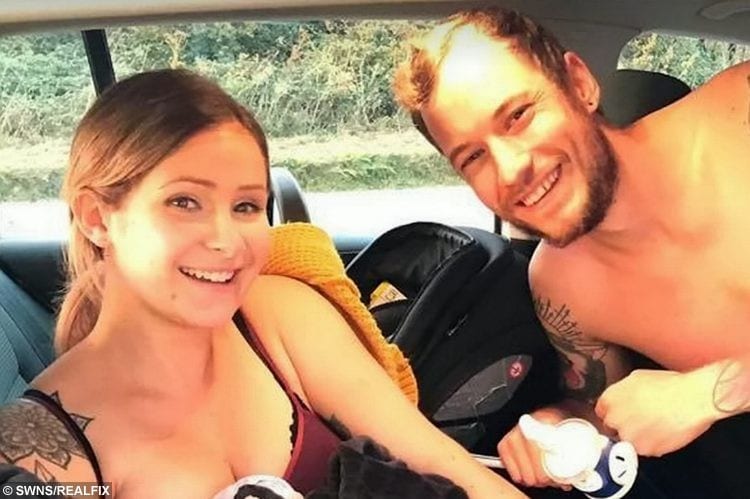 Sam pulled into a lay-by and dialled 999 – but seconds later he was delivering his own son in the back seat.

Ten minutes later a paramedic arrived to help and Leanne grabbed a cheeky selfie for the family album.

Leanne, a paranormal investigator who lives near Bristol, said: “We were so lucky there were no complications as it was just us.

“I can’t thank the paramedics enough. I love the NHS and emergency services.”

Leanne was long overdue with her second child and was booked in for an induction on Thursday, October, 11. 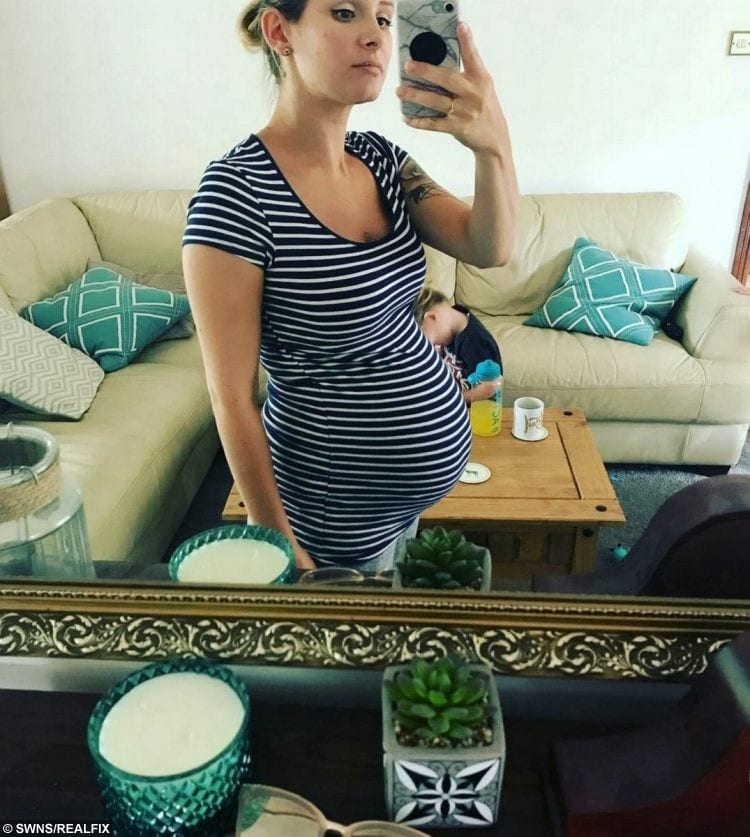 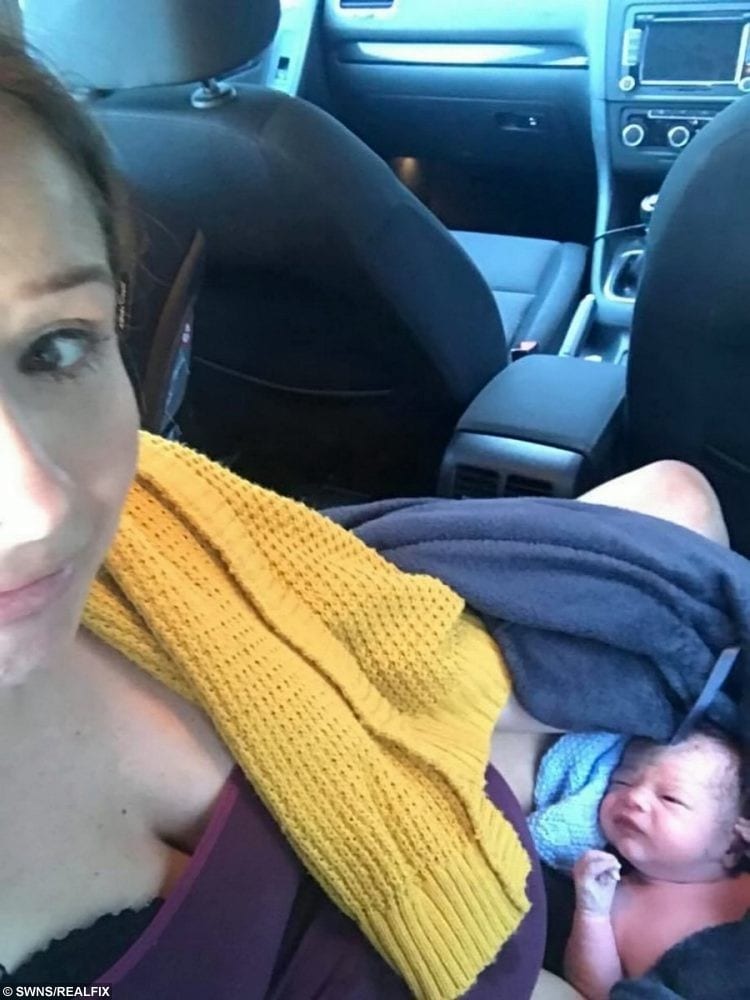 She said: “I knew he (the baby) was going to have to be forcibly evicted when at 4.50pm, after a super strong contraction, my waters broke.

“Within minutes my contractions were two minutes apart.

“We jumped into the car to go to Gloucestershire Royal and just as we were about to get on the motorway at rush hour, I screamed. I needed to push.”

“Sam couldn’t believe that I needed to start pushing, so was about to get onto the motorway at Junction 14 towards Gloucester, just past Tortworth.

“But he pulled over in the lay-by literally meters from the motorway turning.

“I was squatting in the back seat and I just needed to push, and within two pushes he was out and Sam grabbed him, and then he (the baby) started to cry.” 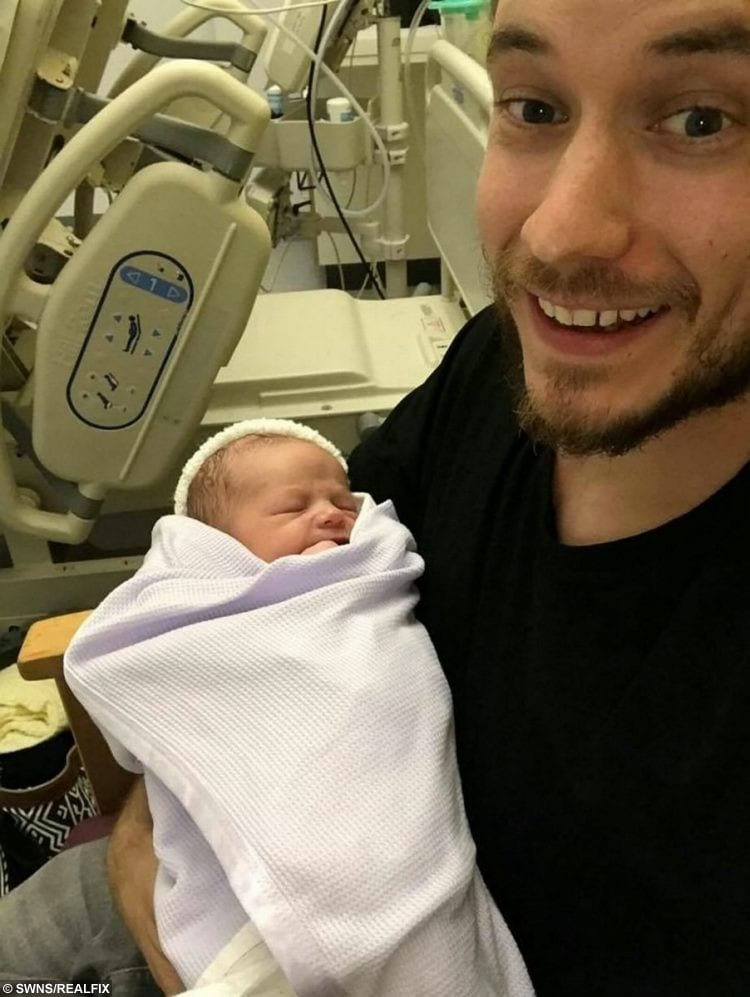 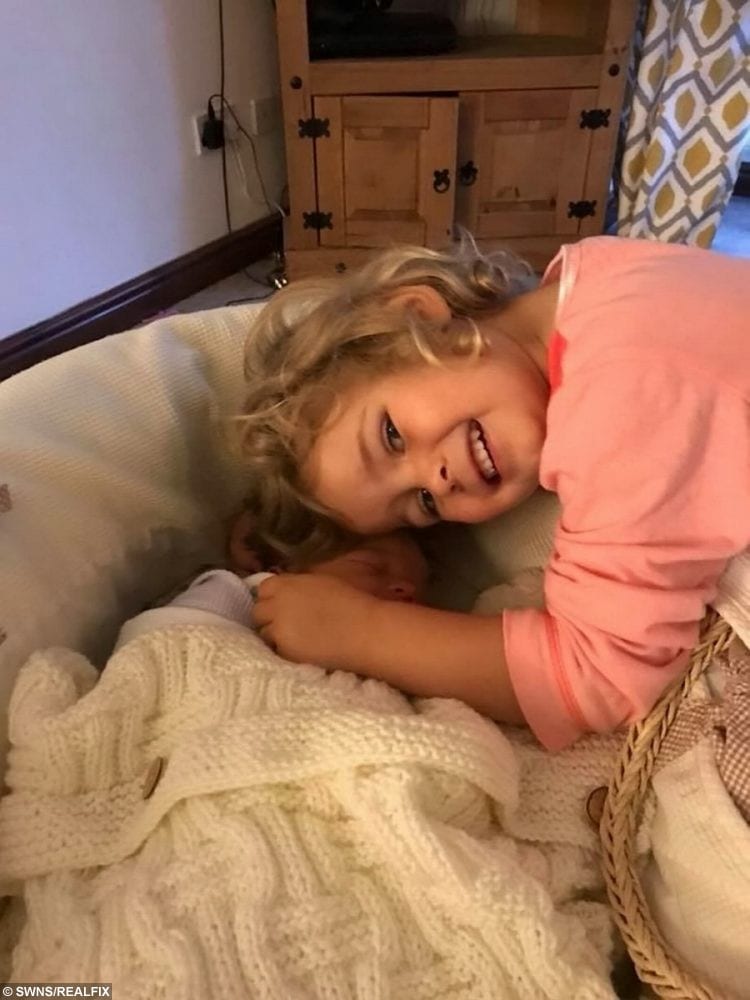 Leanne, who has a three-year-old daughter called Imogen, added: “At 5.38pm baby Sebastian was here on the back seat of our car with only Sam, myself, and the lovely 999 operator to guide us through what the hell to do.

“The ambulance arrived 10 minutes later and we got taken to Gloucester. After a quick check up we were home by 1am.”