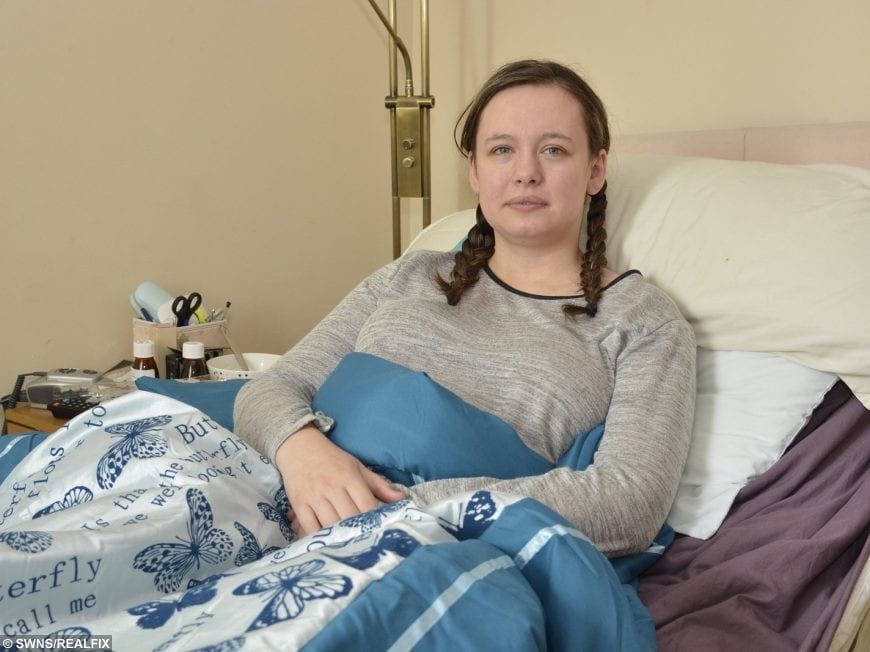 An ex-gymnast who raised money to have her own leg amputated was left devastated after the life-changing operation was cancelled because of the NHS cyber attack.

Jess Laughton, 23, has been in agony for ten years after developing Complex Regional Pain Syndrome (CRPS) following a leg break.

After being bed-ridden for a decade Jess made the brave decision to have her limb amputated privately and raised £10,000 after being told her operation was unavailable on the NHS.

However, after travelling for eight hours from Hull, East Yorks., to Blackpool Victoria Hospital, Lancs., in an ambulance on Friday (12 May) Jess was told the planned amputation had been cancelled – because of the NHS hackers.

Describing the moment she was told her op had been cancelled, Jess said she “cried and cried”.

She said: “It was about 5pm that night and an anaesthetist came in and said ‘have you been watching the news?’ He said there had been a cyber attack and we have had to cancel all the operations.

“My mum and stepdad were there with me too and we all just fell silent. We didn’t know what to say – it was the last thing we were all expecting after counting down the days and the hours.

“I was gutted – I just cried and cried. I’ve not cried as much as that in a long time.”

Jess, who used to be a star gymnast at school prior to developing the condition, has not been given another date for when the operation can be carried out. 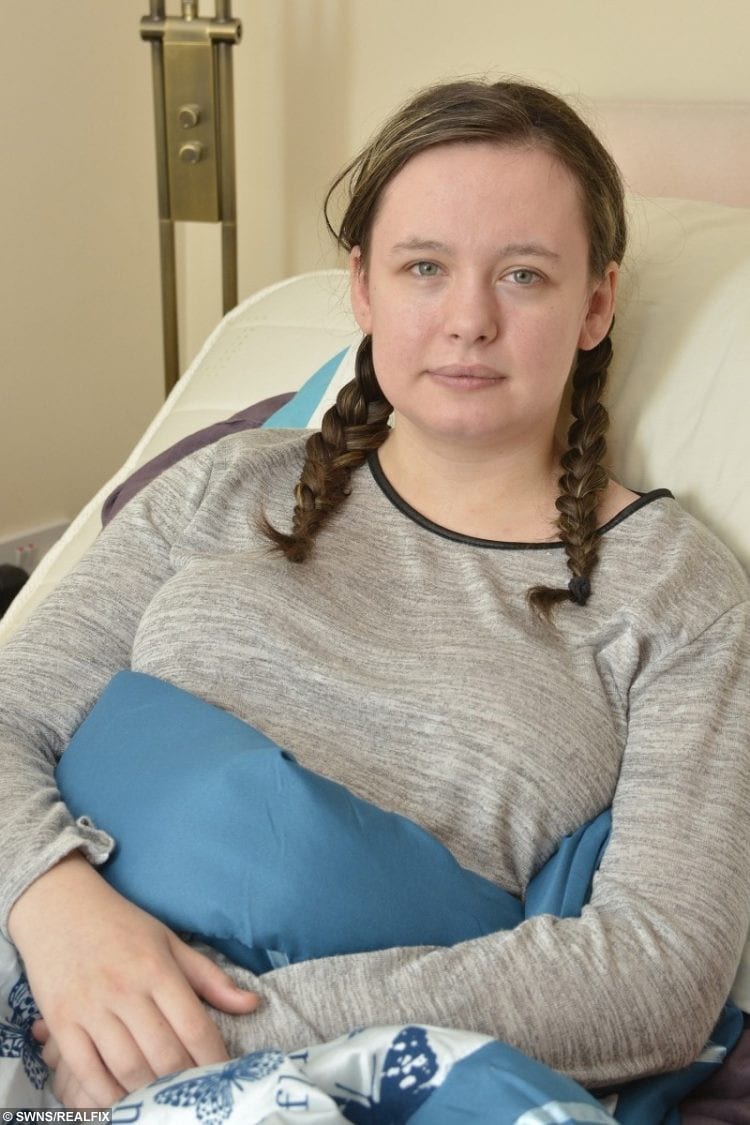 Jess Laughton pictured at her home in Hull.

She developed Complex Regional Pain Syndrome (CRPS) after breaking the limb as a teenager.

CRPS is a chronic pain condition that often affects only one limb and is believed to be caused by damage to the central nervous systems.

She has rued the perpetrators behind the massive cyber attack and wants them to be held accountable for the pain they’ve caused her and other patients.

Jess said: “It’s crazy. They have no idea about the damage they have caused to everyone.

“They’re the ones sat behind the computer screen and they are not understanding the impact that this has caused.

“We’ve all called them a few names under the sun but hopefully they get caught and get shown what damage they’ve caused and they pay for that damage.”

Jess, from Driffield, East Yorks., said that the operation would allow her to use a wheelchair and in turn regain her independence.

However, her enthusiasm has now been drained after the operation was scrapped and she is dreading the prospect of remaining bed-ridden for the foreseeable future.

She said: “If I’d had the operation, I would have been able to get in a wheelchair because at the moment the vibration of it is too painful.

“It would be so much better than being bedbound and it would have given me a bit of independence. I am struggling being in four walls and not seeing an end to all of this.

“It’s been hard seeing the impact that it is having on my mum and my stepdad too because they’re the ones who took care of me. It’s taking it out on them and it’s not fair because they need to have lives too.

“This was my chance to finally get some normality and independence back.”

Hospitals cross the country were affected by Friday’s cyber attack.

The attack, known as ‘WannaCry’ or ‘Wanna Decryptor’, saw 200,000 computers in over 150 countries infected by ransomware.

The virus originated in the UK and Spain before spreading globally.

The attack involved all incoming emails and web mail blocked by the hackers, who warned NHS staff in Ransomware notes that all files would be deleted unless $300 was paid.

The effects for many of the hospitals affected are still ongoing and machines have been switched off to prevent the spread of the virus.

A spokesman from Blackpool Victoria said: “Blackpool Victoria Hospital is coping and staff continue to treat patients in a genuine emergency, but we ask patients to help ensure the best possible service by using A&E only in life-threatening and urgent circumstances.”

Those with planned appointments should attend unless told otherwise.