A selfless five-year-old has hand delivered over 1,000 goody bags packed full of her own toys to key workers and children in lockdown.

The determined little girl, who started giving out bags on March 30, asked mum Abbie Dawson, 27, if she could deliver packages to houses with rainbow drawings displayed in windows in their neighbourhood. 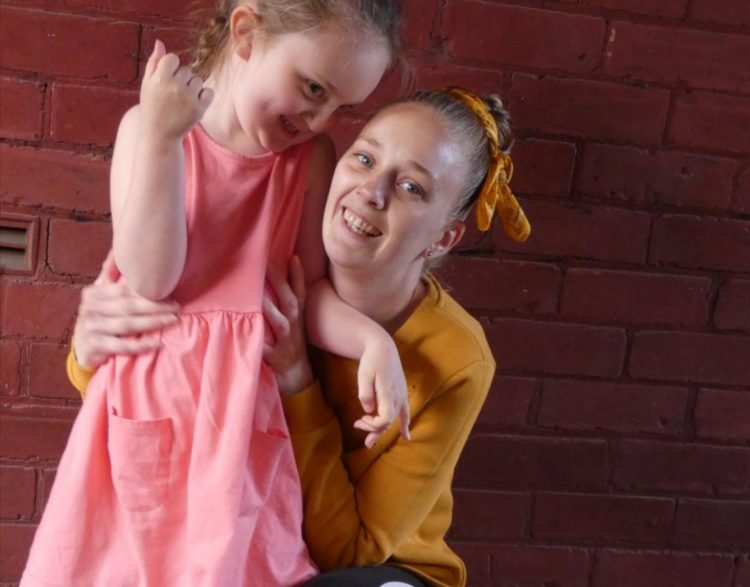 Sophia-Rose, who is currently under assessment for autism and normally struggles to leave the house, has amazed her mum by also taking the goody bags to local nurseries, schools, Lancashire police HQ and the North West Ambulance Service.

The youngster finished delivering goody bags on last Tuesday (May 5) where she dropped the last 30 off for cashiers at a supermarket.

Abbie, who works at a soft play centre, said: “I’m so proud of Sophia-Rose. At times she can get slightly nervous and apprehensive but she is a five-year-old who says, ‘Mum I can do this’.

“She’s an inspiration. Words cannot say how proud I am of her.”

Abbie, from Preston, Lancs., filled the packages with Sophia-Rose’s old toys and with key rings she made herself.

Her daughter topped them up with sweets and fizzy drinks before the duo went on their 20 minute morning walk to drop them off.

Little Sophia-Rose said: “When I was delivering them with my mum, I loved seeing the rainbows.

“When people would see what we had left them at their front door, I knew it would make them smile which made me smile too.

“My favourite part was when I gave the goody bags to the key workers because I could see their big smiles.” 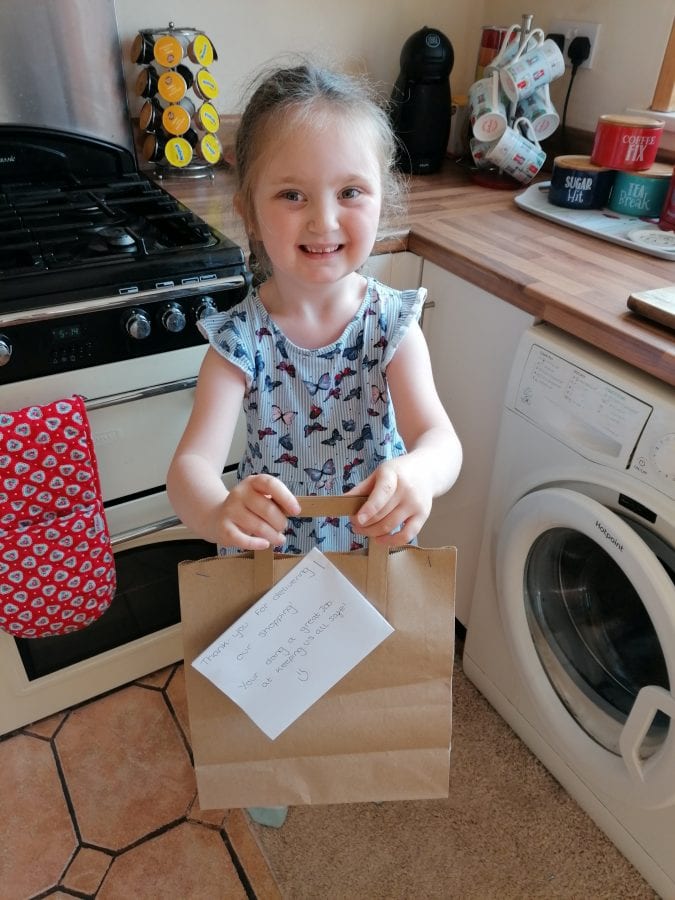 Normally Sophia-Rose worries about taking anything of hers out of her house because it would then be leaving her home.

However, amazingly, she has overcome these fears to deliver the goody bags full of her old toys.

Abbie said: “By doing this she is overcoming so much. We had bundles of toys she doesn’t play with anymore and I made the key rings because I thought key workers would appreciate them more than a sensory toy.

“They are keeping the country going and their work deserves to be recognised.”

Explaining why Sophia-Rose wanted to start handing out the goody bags, Abbie said: “She was inspired to give a toy to people after watching me give things away to friends and family and wanted to start by giving to houses with rainbows.

“She understands the rainbows are part of a message to stay home and stay safe and she just wanted to makeg people happy during a difficult time.”

When the pair start on their daily trip, Abbie marks off the houses they have visited while Sophia-Rose knocks on the door and leaves the package on the doorstep.

Abbie said: “She’s more comfortable when we’re leaving the presents at the doorstep and that’s absolutely fine with me.

“It also means people have a nice, unexpected gift to return home to after a long walk or a long shift.” 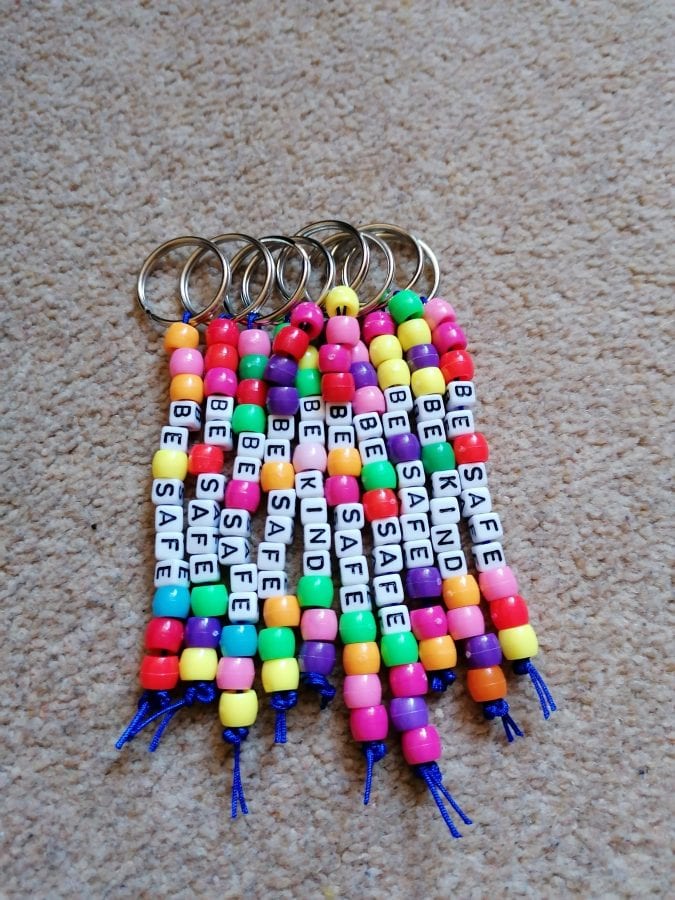 The reaction from the public has overwhelmed single mum Abbie and people have donated money to the pair.

The mum-of-one said: “The reaction has been crazy because it’s only a small thing we’re doing.

“The purpose of delivering goody bags was never to receive money. It was just to make people happy.”

Sadly Abbie has been forced to decline gifts offered to Sophia-Rose to say thank you for what she’s done as it can make the little girl very distressed.

She said: “It’s awful that we have to turn presents down when kind people have gone out of their way to buy them for Sophia-Rose.

“We don’t mean to sound ungrateful but it’s because Sophia-Rose wouldn’t know where the gifts came from and she would become upset.” 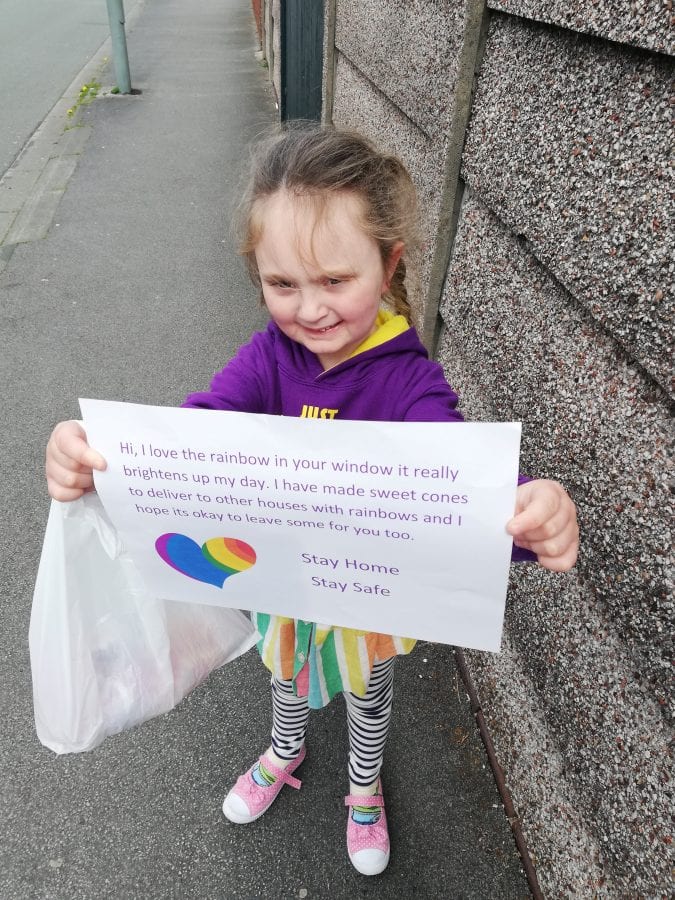 Abbie has set up a JustGiving page where any money raised will be donated to a charity that specialises in helping children and adults with autism which Sophia-Rose has chosen.

The five-year-old has also been put forward for a Pride of Britain award for her random act of kindness.

Speaking about her daughter’s nomination, Abbie said: “It’s crazy to think that people are nominating your child for a Pride of Britain award. It’s just surreal and quite overwhelming.”

Donations can be made here: https://www.justgiving.com/crowdfunding/abbie-dawson-3

WATCH: Toddler neighbours able to play together during lockdown thanks to nifty mum’s genius idea

Is this the sweetest interior design tribute to a lost loved one?

Is this the sweetest interior design tribute to a lost loved one?