Selfless staff at a care home have moved in with the residents – and are sleeping in TENTS in the garden.

Staff at Victoria House are camping to meet the care home’s ‘no one in, no one out’ policy – so far there have been no signs of the virus.

Of the 31 staff at the home on the Isle of Wight, nine volunteered to move in on April 15th – three deciding to camp out under the stars.

Registered manager Claire Leggett, 31, didn’t want to wait until one of the 20 residents began showing symptoms of Covid-19 to lockdown.

The manager of two years said: “I’m the first one to do it on the Isle of Wight.

“I was hoping that I would never have to get to that stage but I was very much keeping myself up to date with the news and the figures and the facts and watching the daily updates from the government.

“I thought to myself, ‘this is not going to be going away anytime soon, it is very serious’, so I thought about just being proactive.

“I thought, ‘I’m not going to wait for my residents to show signs or symptoms and for it to come into the home and then decide to lockdown.

“I wanted to shut down the home before it came in.”

Claire admitted that it had been a challenge.

She said: “It is incredibly difficult because we don’t have staff facilities.

“It is an old victorian house and we’ve got twenty rooms – we’re full so we don’t have any spare rooms.

“They actually made the suggestion of tents – I initially thought that we would just have to fit in the home.” 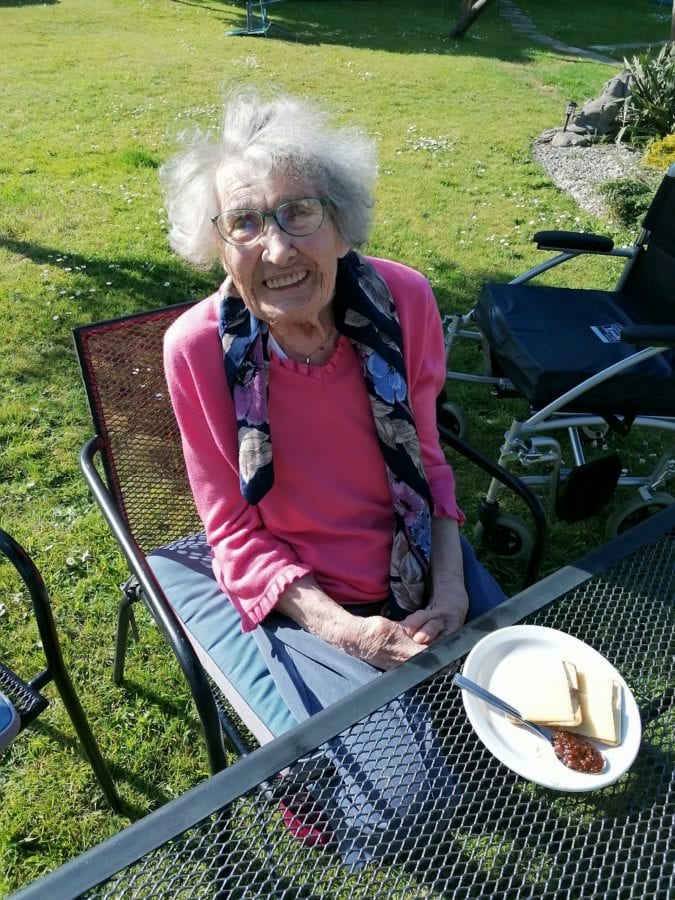 Claire is currently sleeping in the boiler room, while her deputy manager Trudi Chamberlain is on a mattress in the office.

The other seven members of staff are split between tents in the garden and beds in the quiet lounge, usually open to residents who may need time alone.

But with residents up to the age of 103, Claire wasn’t willing to take any risks.

She added: “If it was to come into the care home, it would just spread like wildfire.

“They are just like an adopted larger family really and it’s just like having your nan and your grandad – we treat them like they are our own.

“I would just be absolutely mortified if anything happens – it’s sad anyway when one of them passes away.

“Should something happen because of the coronavirus, I would feel – I know you can’t – but I would feel responsible.

“With 31 staff coming and going, they’ve still been in contact with their friends, families – they’re still going to the supermarkets because we don’t get priority.

“They’re still mixing with people and my worry was it wasn’t a case of if, it would be a case of when it would come into the care home.” 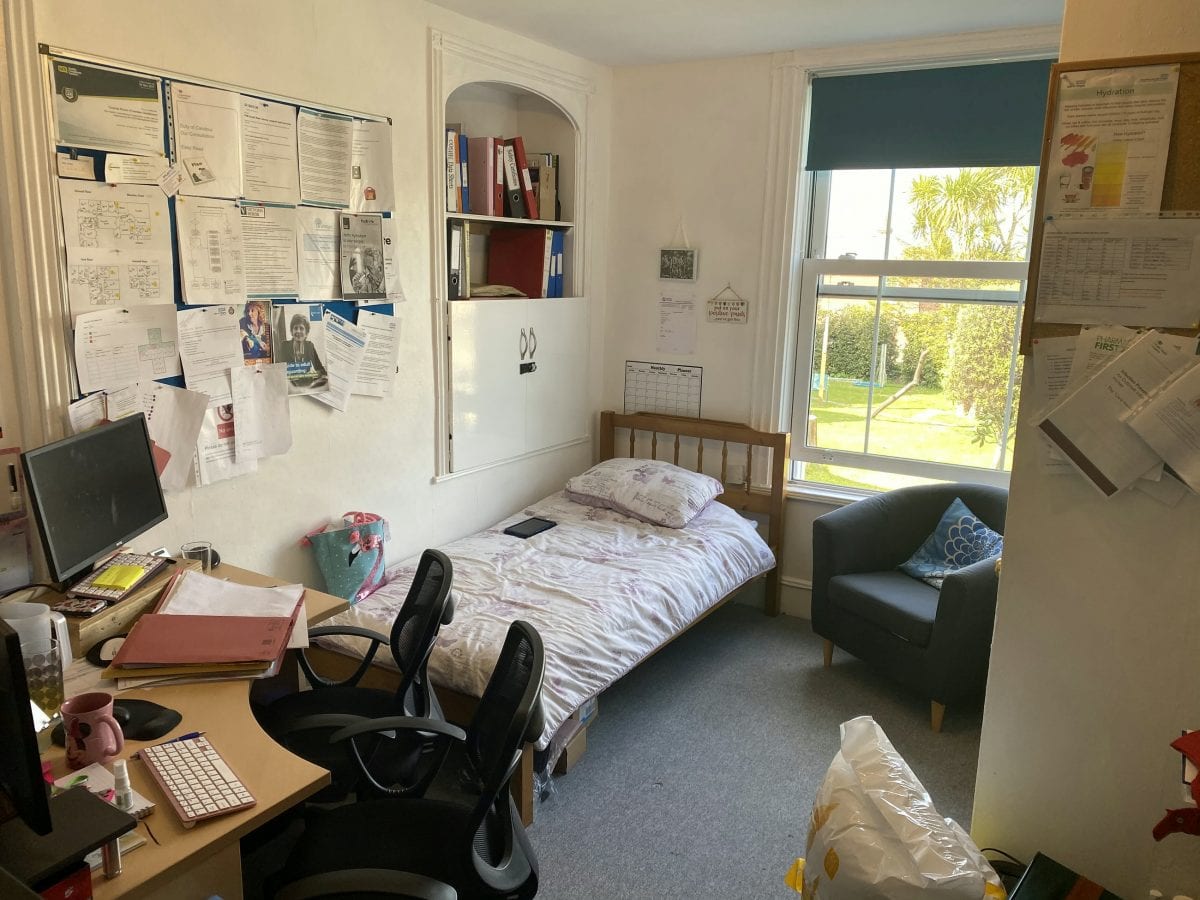 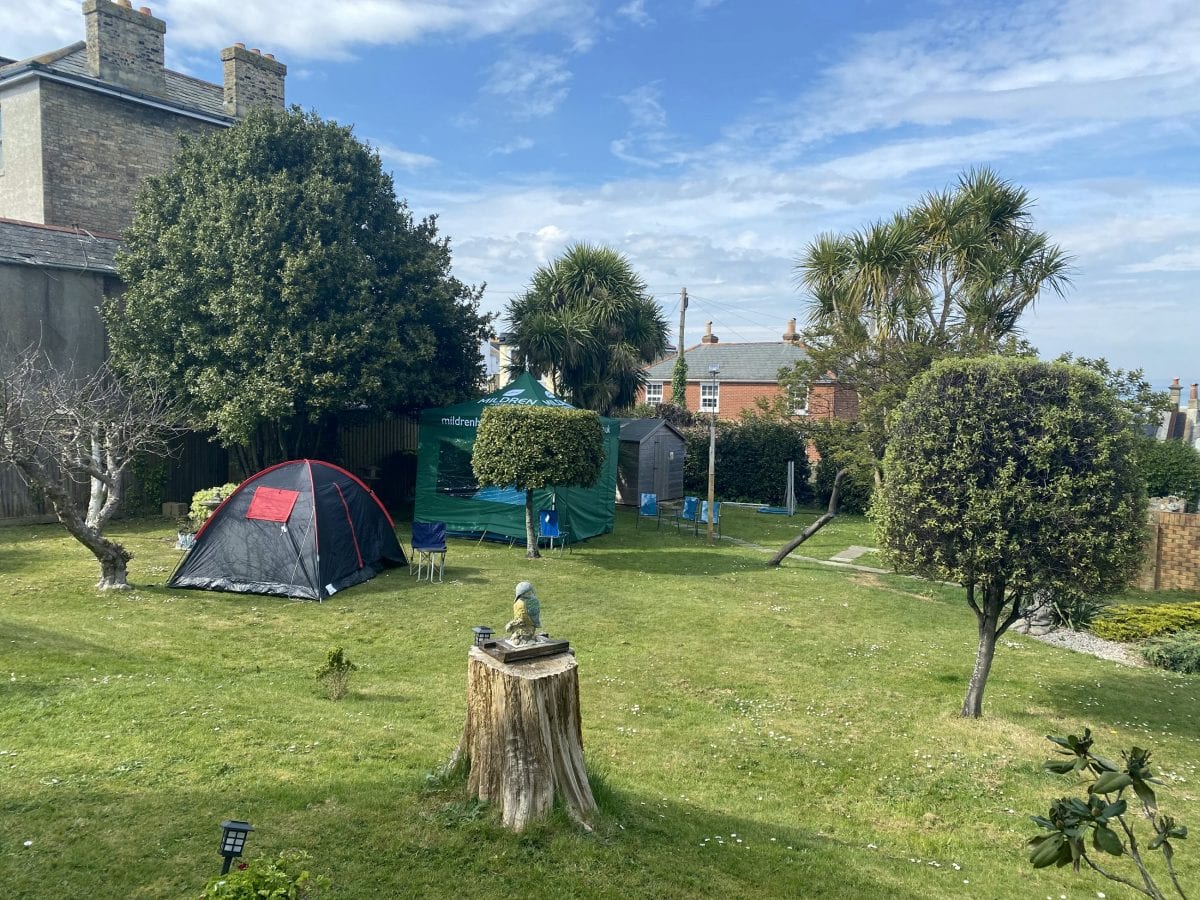 Claire made a shortlist of her 31 staff of those she thought would be willing to move in – those without large families, children and elderly parents living with them.

One of the youngest is Joel Checkley-Hill, 19, who is the only male carer living at the home.

PPE supplies are short and are being supplemented by Amazon orders, Claire paying £15 for a box of gloves.

Food supplies are only restocked when they can get supermarket delivery slots online.

The nine staff members now living in with the residents are trying to continue as normal – even making mocktails for their elderly housemates.

Claire said: “I am trying to make things as fun as I can for staff because obviously they have given up quite a hell of a lot to come into the home.”