A young girl suffering from a rare condition which means she struggles to walk was denied access to a drug which would “transform” her life – because she took ONE STEP TOO FEW.

Formidable Fifi Basma, 10, was diagnosed with a genetic disorder called spinal muscular atrophy (SMA) when she was just three years old – which makes muscles weaker and causes problems with movement.

Fifi has been left with mobility difficulties and struggling to walk due to the condition.

In May last year a potentially life altering drug called Spinraza was introduced by the NHS but guidelines stated patients had to walk at least five steps unaided to qualify for it. 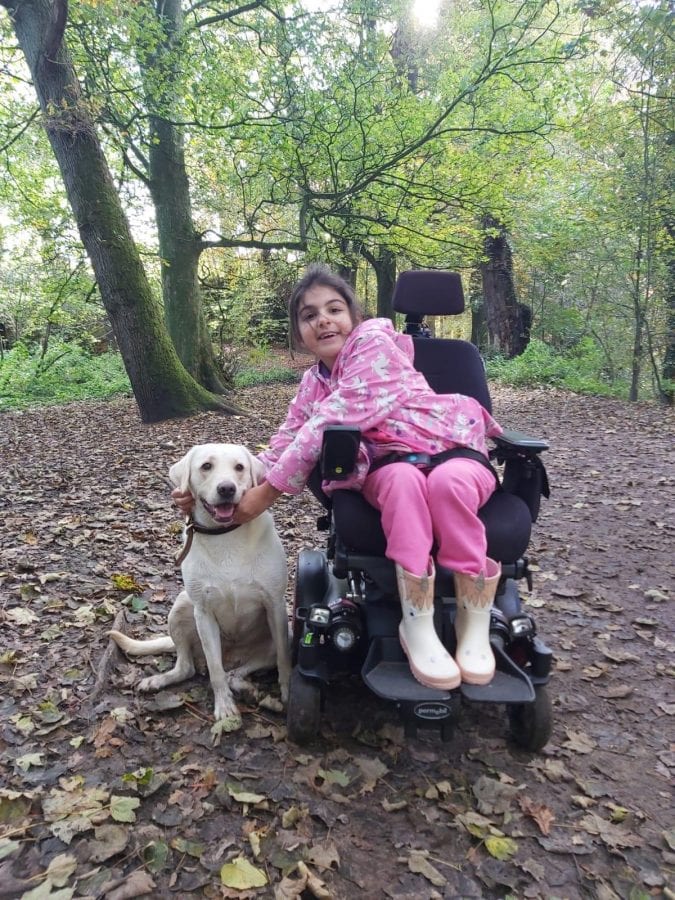 Spinraza is a drug used to treat SMA in adults, children, and infants by helping the body produce a protein which is lacking in people with the disorder.

The family claim Little Fifi was given a one-off assessment where sadly she was only able to walk four steps – just one less than required – and was denied treatment.

The family attempted to appeal the decision to NHS England but were unsuccessful.

This was despite submitting additional evidence to show that Fifi had met the criteria and had been able to walk unaided.

Fifi’s mother Sara has sought legal advice from a human rights law firm who have threatened to take NHS England to the High Court if they do not reverse the decision.

Sara, from Wilmslow, Cheshire, said: “How can one assessment and the reliance upon it be the sole evidence needed to make a decision of this magnitude?

“Fifi is a wonderful girl. She shows such courage and bravery each day.

“If the importance of that assessment had been made clear to Fifi I firmly believe she could have managed one more step.

“I don’t think that’s unreasonable to expect. That one assessment isn’t a true reflection of Fifi’s condition.

“We believe Fifi did have the ability to walk unaided during the relevant period. Now with each day that passes her condition gets worse and she can no longer walk.

“She has enough strength to pull herself up using furniture but without access to this treatment we fear she will start losing her upper body strength too.

“Fifi is fully aware of what this decision means to her and she is scared about the future.

“It seems totally unfair to deny a 10-year-old access to treatment that would transform her life.”

Fifi was diagnosed with type three SMA around the time of her third birthday.

Her mum Sara said she was able to walk completely independently but sadly her condition has deteriorated and she is no longer able to. 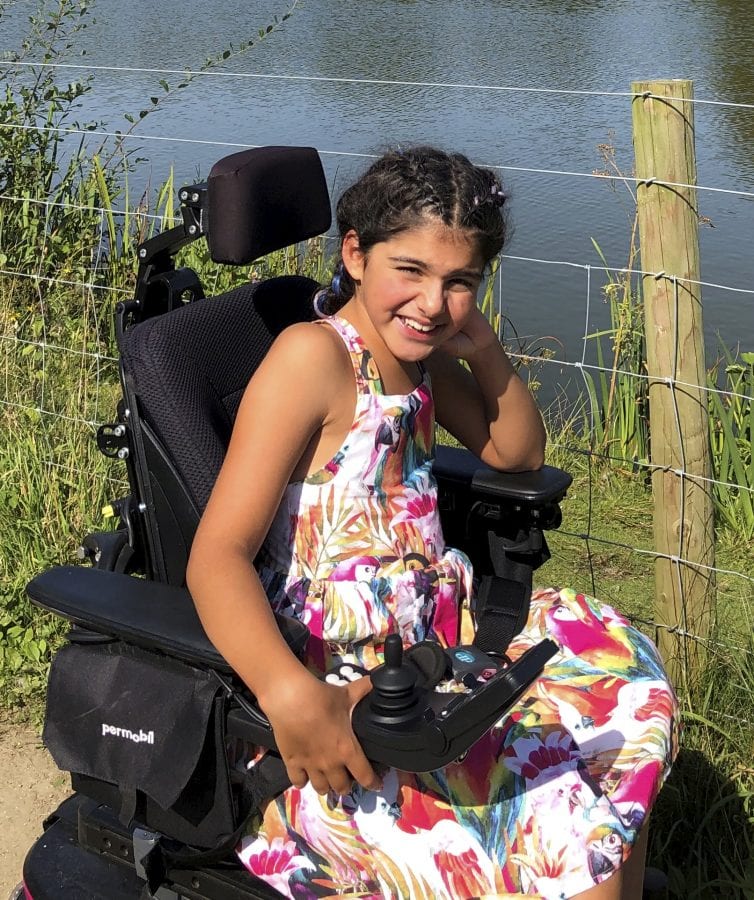 Despite this, she said Fifi lives a happy and active life.

Before lockdown she would attend physiotherapy sessions, yoga, and go horse riding and swimming to improve her strength and mobility.

The family’s lawyers Irwin Mitchell are challenging the decision to deny the young girl access to the drug which could significantly improve her quality of life.

Katy Moulton, public law and human rights lawyer at Irwin Mitchell, representing the family, said: “Fifi and her family are understandably devastated by the decision not to allow her access to Spinraza, especially as they had first thought that the treatment would be made available to everyone with Fifi’s condition.

“Sara believes it would be unfair to base the decision on one assessment where Fifi was documented as walking four steps, as the importance and reason for that assessment was not clear at the time.

“Fifi and her family did not know that several months down the line it would be used to make a decision which would have such huge repercussions on Fifi’s life.

“The other supporting evidence provided by the family has not been accepted.

“The issue of access to this drug is potentially one that does not just affect Fifi but also many others with Spinal Muscular Atrophy.

“For the ability to walk one step to be a barrier preventing a young girl from accessing treatment leading to a more independent life, particularly when other supportive evidence has been provided to show that she could walk unaided, is extremely concerning.

“We have now written to NHS England calling for this decision to be reversed.”

My pet hedgehog has become a social media ‘celebrity’ with his viral snaps!

My pet hedgehog has become a social media 'celebrity' with his viral snaps!