HomeHealthMust ReadMum Left Traumatised After Undergoing Chemotherapy, Mastectomy And Reconstructive Surgery Only To Be Told She Did NOT Have Cancer 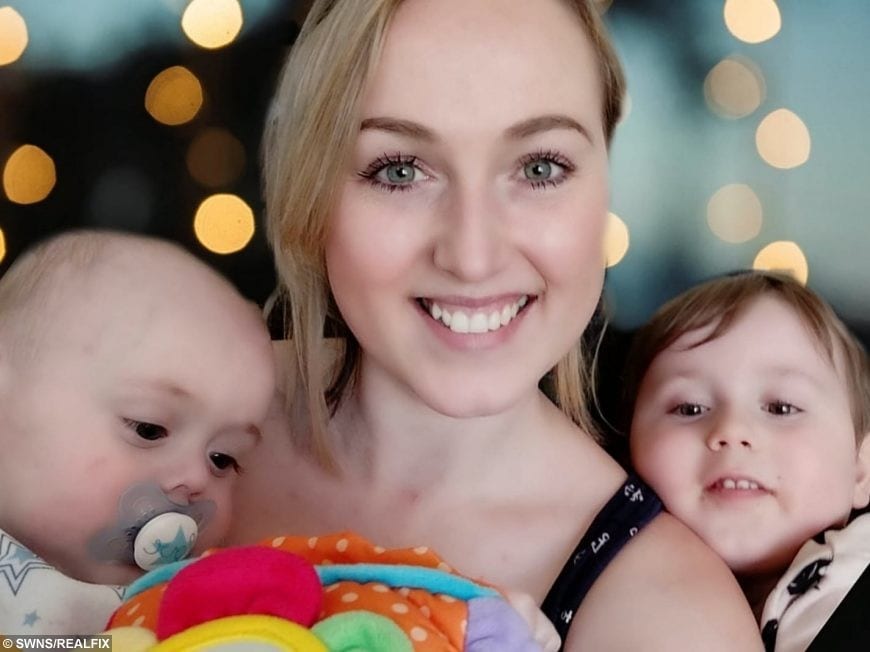 A hospital trust has apologised to a mum who was wrongly told she had cancer after she had already undergone chemotherapy, a mastectomy and reconstructive surgery.

Sarah Boyle, 28, was left traumatised after bungling doctors misdiagnosed her with triple negative breast cancer at the end of 2016.

Shockingly, the hospital only realised their error several months later in July 2017 at which point Sarah had already received extensive treatment and surgery.

She had undergone several rounds of gruelling chemotherapy treatment, a bilateral mastectomy and breast implants at Royal Stoke University Hospital.

The mum-of-two has since received the added blow that her reconstructive surgery may now potentially put her at risk of developing cancer in the future.

She has also suffered psychological trauma as a result of her ordeal and also continues to endure ongoing symptoms caused by her treatment.

Sarah was also initially told that her cancer treatment may lead to fertility issues, but fortunately she went on to have a second child, Louis, who is now seven-months-old.

However, she was unable to breastfeed him due to her treatment.

Sarah, who lives in Stoke-on-Trent, Staffs., with husband Steven, 31, and her two children Teddy and Louis, said: “The past few years have been incredibly difficult for me and my family.

“Being told I had cancer was awful, but then to go through all of the treatment and surgery to then be told it was unnecessary was traumatising.

“And while I was delighted when I gave birth to Louis, it was really heartbreaking when I couldn’t breastfeed him.

“As if that wasn’t bad enough, I am now worried about the possibility of actually developing cancer in the future because of the type of implants I have and I am also worried about complications that I may face because of my chemotherapy.

“While nothing will change what I’ve been through, I really need some answers on what is being done to make sure nobody else suffers in the same way I have.”

Sarah was aged 25 when she was misdiagnosed by blundering doctors following the birth of her youngest child.

She was later informed by her treating doctor, Mr Narayanan, that her biopsy had been incorrectly reported and it was confirmed that she did not have cancer.

Sarah instructed specialist medical negligence lawyers to investigate the case who have now secured an admission of liability from University Hospitals of North Midlands NHS Trust.

Sarah Sharples, a legal expert at Irwin Mitchell solicitors who is representing Sarah, said: “This is a truly shocking case in which a young mother has faced heartbreaking news and a gruelling period of extensive treatment, only to be told that it was not necessary.

“The entire experience has had a huge impact on Sarah in many ways.

“While we welcome that the NHS Trust has admitted to the clear failings, we are yet to hear if any improvements have been put in place to prevent something like this happening again.

“We are also deeply concerned following reports surrounding the type of implants Sarah has, with suspicions over their potential link to a rare form of cancer.

“Understandably, Sarah has a number of questions that need to be answered with regards to this and it has caused her significant distress.”