A young mum has hit out after her body was ravaged with bites which she claims were due to either bed bugs or fleas – during a stay in HOSPITAL.

Sophia Barber, 25, has shared photos showing a number of red, raised lumps which can be seen on the surface of her skin.

She was admitted to the Bradford Royal Infirmary on October 20 over fears she had a blood clot on her lung.

But Miss Barber has vowed to never go to the hospital again following her experience on ward 14, which she has slammed as “disgusting”. 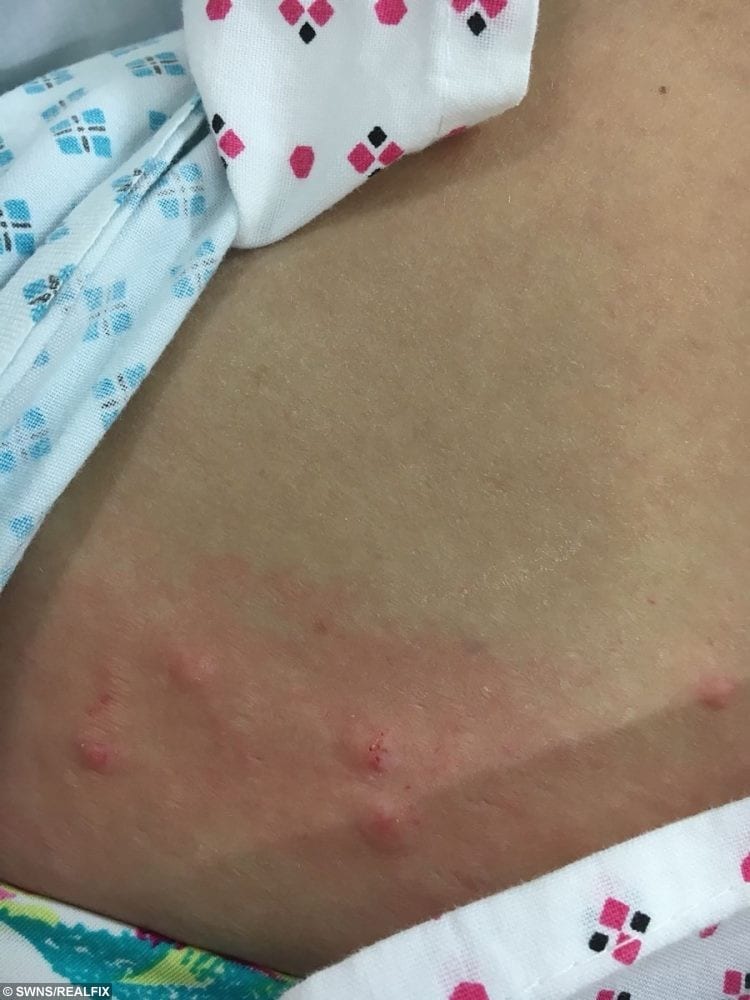 She says her bed was taken out of action after she raised the alarm, sharing a picture of the stripped bed with a sign warning “condemned” and “do not use”.

Miss Barber, from Wibsey, West Yorks., woke in the early hours of the morning “covered in bites” which she thinks were either from fleas or bed bugs.

She said: “My legs felt like they were going to blow up, they were seriously itchy.

“They were from my waist down.

“I came in hospital to get better, not to get attacked by bed bugs.”

Miss Barber said she had been told by the woman next to her that she had spotted something on the bed.

While the bed was changed, Miss Barber says the room should have been fumigated.

She decided to pull a spare bed over to where she was staying and used that instead.

“When you’re in hospital, trying to get better, you don’t expect it.

“I won’t go to that hospital again.”

On pictures shared by Miss Barber, who is now back home after her stay in hospital, a number of red raised lumps can be seen on her skin.

According to information provided by the NHS, bedbugs are small blood-sucking insects that live in cracks and crevices in and around beds.

They crawl out at night and bite exposed skin to feed on blood.

Bedbugs aren’t dangerous and don’t spread any diseases, but some people experience a reaction to their bites. 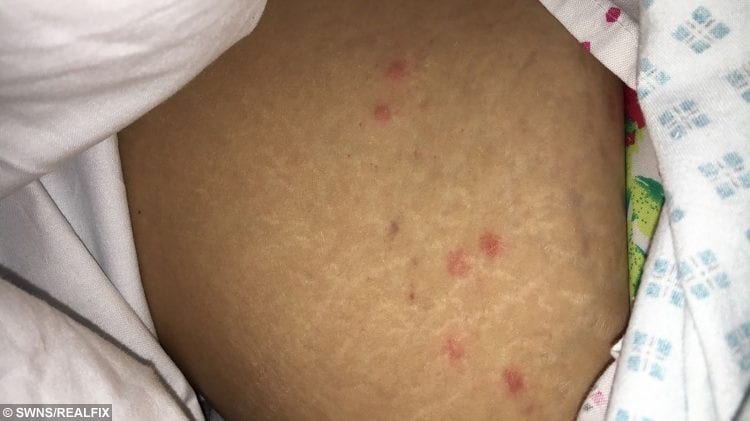 Adult bedbugs are oval-shaped, flat and up to 5mm long – similar to an apple seed.

A BTHFT spokesperson said “We are working with Ms Barber to fully investigate her complaint.

“Hygiene and cleanliness of our hospitals is of paramount importance and we have strict policies and procedures in place to ensure that these meet the highest possible standards.”