A woman whose partner died suddenly from an undiagnosed heard condition discovered she was pregnant with their first child – EIGHT months later.

Eight months later, as she started to piece her life back together, she was shocked to discover that she was pregnant with their baby and just a month son Jesse was born.

Steph, a care worker, said: “I was so focused on everything that happened last year, I had felt bloated but just thought I had put on weight.

“I wasn’t sure how to react – straight away I knew I still had a part of Dan which was amazing, but at the same time heartbreaking for him not to be here.

“We had been trying for a baby for two-and-a-half years, and we had always talked about being parents, Dan always said how much he was excited to be a dad.

“Jesse was one of the names we discussed for a baby. I must have become pregnant a few weeks before Dan died.”

Steph, of Plymouth, Devon, had been feeling constantly bloated and uncomfortable, so she let Dan’s stepmother feel her stomach – who told her she might be pregnant.

She booked an appointment with her doctor in January and gave birth to Jesse on February 11. 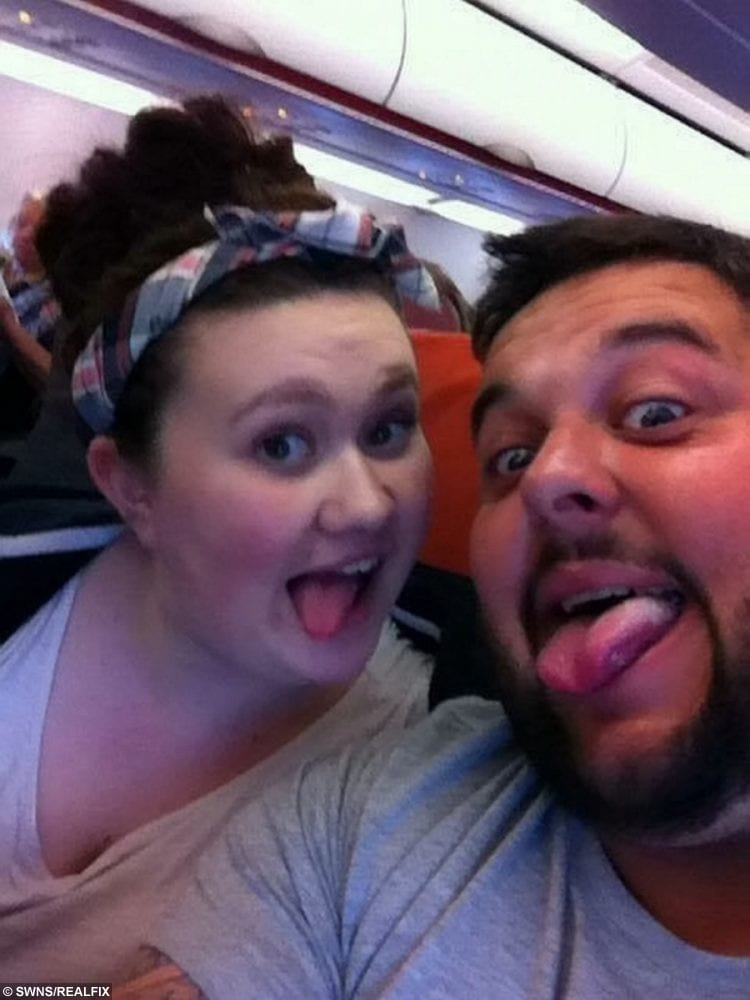 With so little warning she had no preparation time to get ready for bringing a baby up.

She told Dan’s best friend and former colleague the sudden news and help flooded in as word spread.

Within two weeks Steph had enough of everything needed to look after her baby for months ahead.

Richard Barnes, operations manager at JEM Scaffolding where Dan used to work, said: “As a whole we decided we needed to do something.

“The lads brought in bits and pieces and after putting in a message at my son’s rugby club, the ladies in that really stepped up.

“They gave Steph everything she needed for the first six to 12 months – pushchairs, cots, toys, clothes, the lot.”

He added: “Dan’s death has still left everyone in shock, it has affected everyone here at work too.

“We will do what we can to help Steph in the future.”

Steph and Dan met six years ago when she was a barmaid in Dan’s local pub.

She added: “I’m over the moon to have Jesse, and part of Dan lives on.

“But it is still very painful not having Dan any more. I have said I will tell Jesse who his dad was and what happened.”