Faye May with her son, Ozzie, five, who was not allowed to see the Inside Out film at School because he didn't have the required level of attendance. A boy who missed school after being injured in a car accident was banned from an end of term event – due to poor attendance. See MASONS story MNRUN. Ozzie May, five, of Sutton at Hone Primary School, Dartford, Kent, was knocked down by a car on September 6 and spent time in hospital before being sent home to recover. That meant missing nine days of school, which saw his attendance drop below the 96% threshold required for him to enjoy an after-school film screening with friends on Tuesday.

A five-year-old boy forced to take time off school after being hit by a car has been banned from an end of term treat – due to his poor attendance.

Ozzie May spent a total of nine days in hospital and recovering at home after being knocked down by a car in September.

But his absence from the classroom saw his attendance drop below the 96 per cent threshold for pupils to enjoy an after-school screening of Inside Out.

His school have said it sympathises with Ozzie’s situation but cannot make exceptions. 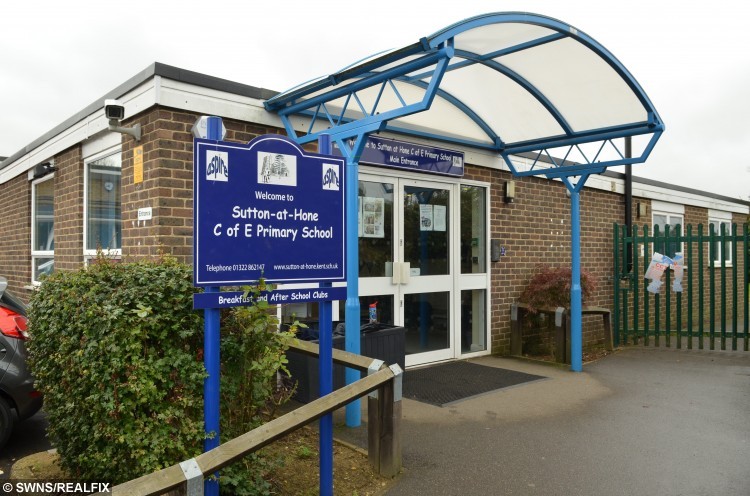 His mother, Faye, 40, said: “He is only five and he looks at it like he has been naughty and he is being punished.

“I have been trying to explain to him not to feel like it was his fault that he got run over.
“He has a horrific scar on his hand now.”

“He has been through hell and then for them to say that he can’t go and watch a movie is a little bit unfair.”

Mrs May, of Dartford, Kent, revealed she had never taken Ozzie or her Year 6 daughter Tallulah out of school until the car accident

The mother of three stated she is furious with the way the school, in Dartford, Kent, handled the situation and has reported them to Ofsted.

She said: “I am so upset and furious about it. This is the first real issue I have had with the school.

“I have an older son go through the school and have never taken them out on day trips or holidays.

“There is a lot of uproar at the school about it as well. I spoke to Ofsted and they admitted that they were trying to crack down on attendance, but not in this way.”

Responding to the complaints, Sutton at Hone Primary School head teacher, Leah Goulding, said: “We introduced an incentive scheme to improve pupils’ attendance, which was previously below an acceptable level and put us in the bottom 10 per cent in the country.”

“The policy was introduced after assistance and advice from several other head teachers and is generally working well.

“This is a very unfortunate situation and I do feel sorry for Ozzie.

“However, it is not practical to start making exceptions. We suspect it would result in appeals from other parents all putting a case why the school should excuse their children’s absences.

“There will be similar treats for pupils with good attendance at the end of the spring and summer terms, and I sincerely hope that Ozzie will be able to attend those events.”