This is the hilarious moment Britain’s ‘cruelest father of the bride’ pranks his own daughter by DROPPING her wedding cake – which is actually a fake.

Trickster Andy Todd was giving a speech when he was filmed picking up the cake to thank its maker.

But screams of horror were then heard among the guests as the video captured the moment the heavily-layered sweet treat went tumbling to the floor.

Newly weds Dina, 23, and Johnny Smart, 24, didn’t know what to do and looked on in total shock following the unfortunate slip.

But Andy then revealed the whole thing was just an elaborate prank. 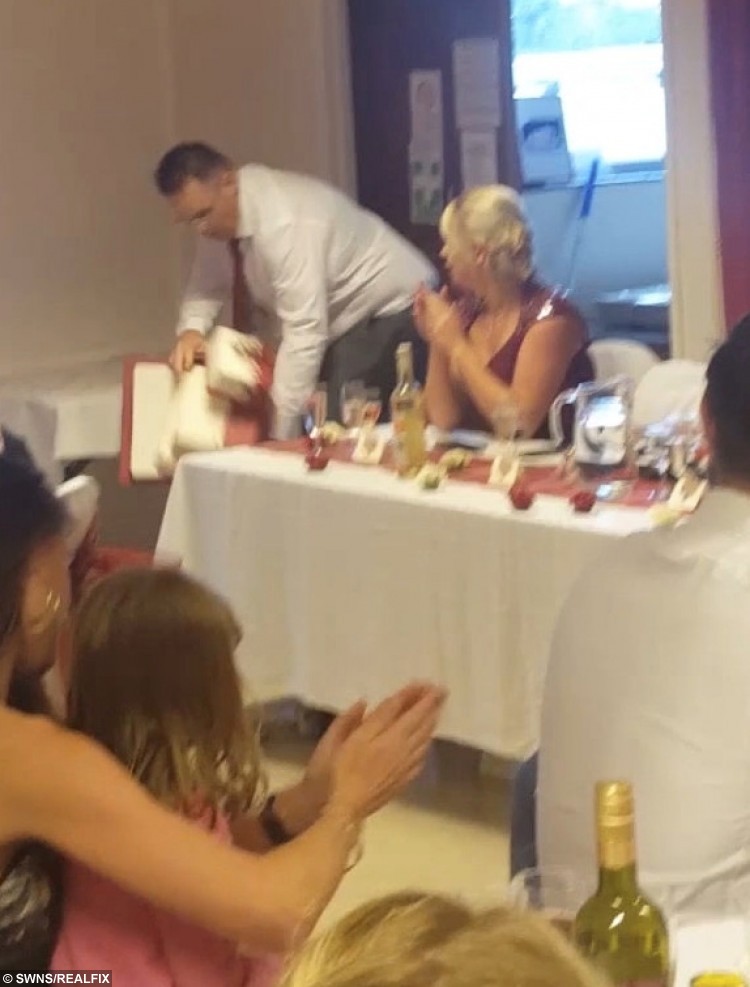 In the footage Andy is heard saying as he picks up the cake: “I’d just like to say – has anyone looked at this cake, because it is absolutely fantastic.”

His daughter Dina can be heard saying in the background: “Don’t lift it dad.”

Andy then drops the cake before quickly reassuring the worried crowd by saying: “Don’t worry – it’s all right, it’s OK – because the real one is at the back there!”

Afterwards Andy, 47, a caterer from Dawlish, Devon, said: “I’d been planning it for six months and I didn’t even tell my wife.

”On the way to the church I was having second thoughts – it could go one way or the other. My wife had told me not to do anything to wind Dina up.

”To start with, Dina was really shocked – but that soon turned to relief!

“I made sure it only lasted a few seconds before I pointed out the real cake at the back.”

After the laughter died down Andy continued with his speech at St Mary’s Hall in Dawlish, Devon after the wedding on Saturday.

Fame hungry parents shell out £15,000 a year to turn their eight-year-old into an A-list celebrity

Fame hungry parents shell out £15,000 a year to turn their eight-year-old into an A-list celebrity