Amaan Ahmed, from Nottingham, who was allowed to escape from school. See News Team copy NTIESCAPE. A four-year-old boy escaped from an after-school club and crossed a city railway line, a canal and a main road during rush hour traffic - after scaling a five-foot FENCE. Little Amaan Ahmed (corr.) was playing in a field next to Dunkirk Primary School in Nottingham at around 4.30pm on Friday (11/9) when he slipped past supervisors and went on a perilous 60-minute trek through the city. The schoolboy travelled for around a mile, crossing a railway underpass and strolling unattended along the city canals in his school uniform.

A four-year-old boy escaped from an after-school club and crossed a city railway line, a canal and a main road during rush hour traffic – after scaling a five-foot FENCE.

Little Amaan Ahmed was playing in a field next to Dunkirk Primary School in Nottingham at around 4.30pm on September 11 when he slipped past supervisors and went on a perilous 60-minute trek through the city.

The schoolboy travelled for around a mile, crossing a railway underpass and strolling unattended along the city canals in his school uniform.

He even passed the Clifton Boulevard flyover – one of Nottingham’s most congested roads – while his parents and school staff searched frantically to find him.

Luckily, a kind motorist spotted him crying outside the city’s Showcase Cinemas at around 5.30pm and contacted the school. He was then reunited with his parents, unscathed.

Amaan’s outraged father Razwaan Ahmed, 25, has hit out at the school club staff for failing to watch him and said his boy could have been killed.

The security guard said: “I was at the gym when his mum rang me and she said he’d gone missing. She was crying, she was totally hysterical.

“I was 15 minutes away but I got in my car and rushed over as quickly as I could.

“I broke the speed limit but I didn’t care, I was going out of my mind. Amaan was my number one priority.”

“When I got to the school they told me he’d been found and he was safe.

“But when I found out how he’d got out, it knocked me for six. They said he’d climbed over a gate but it’s a really big gate.”

“I asked them how on earth they’d allowed it to happen. They apologised but couldn’t explain it.

“That gate is at least five feet high. It would have been very difficult for him to get over without being seen if the staff were doing their jobs properly.

“It must have taken him several minutes. For them not to notice something like that is ridiculous.

“They didn’t even realise until a parent told them she’d seen him climb over.

“That flyover is one of Nottingham’s busiest roads. It’s so dangerous. He could easily have been killed.”

“Something’s gone badly wrong with the school. They said it happened in a five-minute window but I don’t believe that for a second.

“My partner only found out when she arrived to pick him up at around 4.45pm.

“They didn’t even call her to say what had happened. I think they were hoping they could find him quickly without telling us he’d escaped.”

The dad-of-one, from Forest Fields, Notts., added: “I’ve had a meeting with the head teacher and she didn’t tell me anything about him walking across railways and canals.

“I only found that out from residents who saw him and the guy who found him.

“We are grateful he’s fine. We are really thankful to the bloke who reported it. But the bottom line is it shouldn’t have happened.”

“There were five members of staff who should have been looking after him but he wasn’t being watched. I work in security so I know all about duty of care. For that to happen is disgraceful.

“God forbid if something bad had happened.

“Our boy is lucky to be alive. He was alone in the city and frightened. He was trying to get home but he didn’t have a clue where he was going.

“How does someone so young end up dicing with death on a busy flyover? It was the scariest moment of our lives.

“Saying sorry doesn’t make everything all right and it doesn’t change what happened.”

A passer-by, who did not want to be named, said: “I was cycling through the city at some speed and saw a young boy on his own. I didn’t think too much about it at the time.

“He was walking through a railway underpass. I just assumed a parent was nearby because you don’t expect a child that young to be alone. It’s unbelievable. Anything could have happened to him.”

Dunkirk Primary School head teacher Heidi Hollis, who has only been in post for a week, said: “This will absolutely never happen again.

“The child did not escape from school. He escaped from an after-school fun club at a park. The school is extremely safe and it was locked at the time.

“Safety is always our number one priority.

“This is obviously very distressing for the child, the family and the school.

“We have apologised to them and will continue to offer them support.

“The supervisors at Dunkirk Fun Club are not teachers from the school. They work there as additional staff.”

Amaan’s parents have reported the incident to Ofsted.

The school has launched an investigation into the incident. 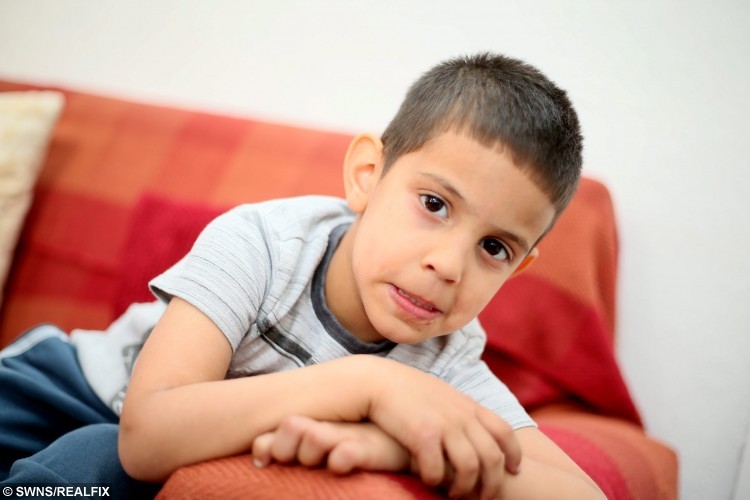