Cheerleader Terrell Lawrence, 16. See SWNS story SWBASKET; A teenage budding basketball star has given up a promising career shooting hoops to become the national league's first and only male - CHEERLEADER. Talented teenager Terrell Lawrence grew up loving the sport and enough showed natural ability to harbour dreams of one day playing in America's NBA. But at the age of ten the strapping youngster gave up playing the game and took up ballet instead. And the Plymouth Raiders super-fan has now become the first male in the squad to proudly arm himself with pom-poms and cheer them on from the sidelines.

A teenage budding basketball star has given up a promising career shooting hoops to become the national league’s first and only male – CHEERLEADER.

But at the age of ten the strapping youngster gave up playing the game and took up ballet instead.

And the Plymouth Raiders super-fan has now become the first male in the squad to proudly arm himself with pom-poms and cheer them on from the sidelines.

His real-life dancing exploits reflect the latest Fosters television advert which depicts a male cheerleader performing an eye-catching routine in order to obtain the closest viewpoint for his favourite team.

Terrell, of Plymouth, Devon, not only gets a premium view of the team, but gets to perform spectacular routines for fellow supporters.

He said: “When I got to about ten, I started to see other things I could do and became more open-minded.

“At college, I started watching other departments like dance and I and absolutely loved it.”

“I quit basketball, started ballet and contemporary lessons and enjoyed how expressive it was. Yet I still felt there was something else that I wanted to do.

“I saw auditions for Raiders cheerleaders, got in, and it is now my passion.” 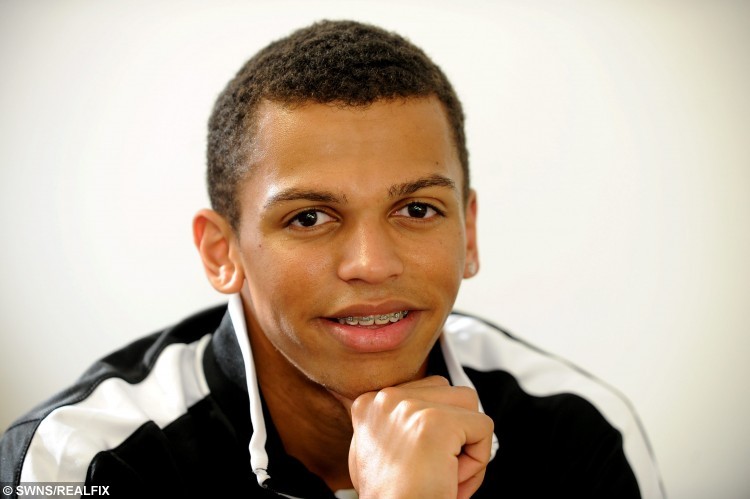 Terrell has now been cheerleading with the over-16 squad since May, bravely conquering his fears along the way as he made the transition from sport to performance.

He said: “Growing up I’d always watch Raiders cheerleaders and pick up bits of the routine and practice them – but I never saw male cheerleaders.

“I only saw girls with pom-poms, but in the end I just decided to go for the audition.

“It was on my mind that they might not take on a male cheerleader. I vaguely knew one of the cheerleaders so I contacted her on Facebook and said ‘do you reckon I could try out?’

“She checked with the coach and they were cool with it.

“I was the only guy there so I was really nervous but everyone was so lovely and welcoming. They’re my second family now and I’m like their little brother.”

Terrell says being the only male in an all-female environment does come with its difficulties.

He said: “It can be awkward sometimes because in the dressing room they’re doing their make up, hair and smellies and all I have to do is put my kit on so I’ll be sat there telling them to hurry up.”

Not only was the ex-basketball player nervous about facing rejection from the cheerleading squad, but also from his friends and family. 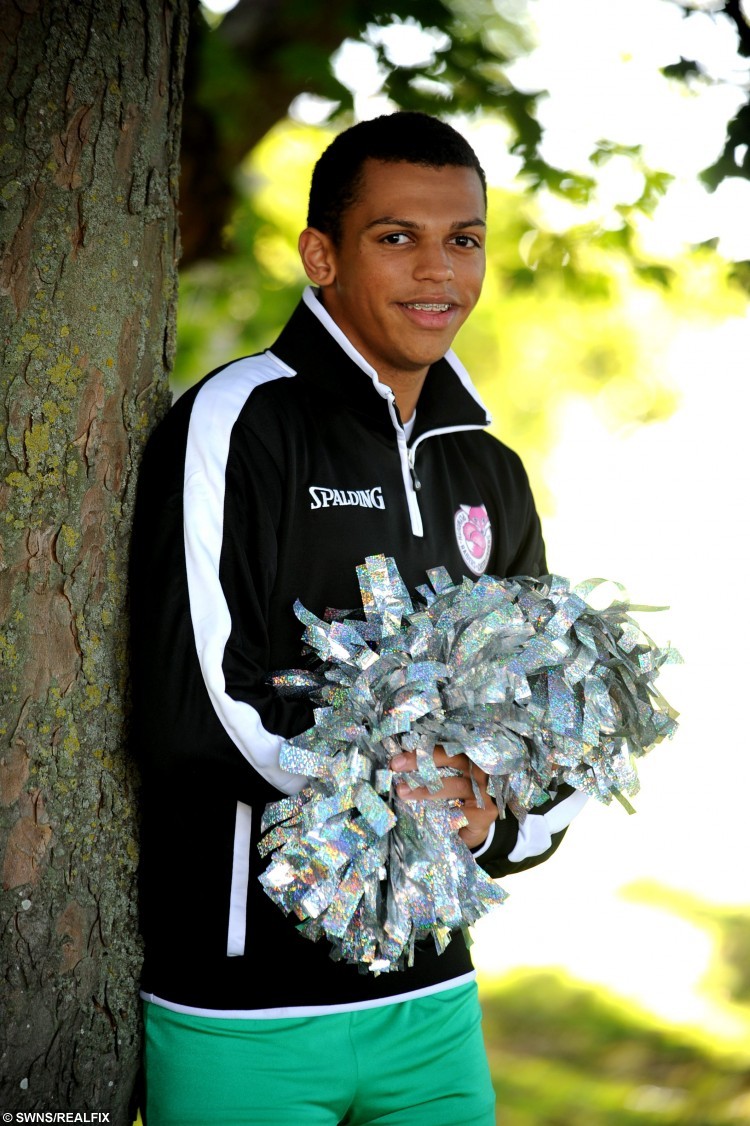 He said: “My basketball team were okay to begin with and accepted that I had made a decision to leave but I didn’t speak to them for two years because I didn’t know what to say.

“When they came to my first game it was so nice – they sent me texts and messages saying that they thought I was really good.

“It really did mean a lot because they are the manliest bunch of guys around.

“My mum wasn’t so supportive at the start and asked why I was doing it. She’s been attending Raiders games since before I was born and she was worried that I’d be teased – like any other parent would.

“But the girls said that once she’d seen that I’d settled in and nobody was giving me hassle that she’d be fine.

“All of my family have come around and even my grandparents attend every game.

“People have only said positive things which is really nice.

“The more support I get the more comfortable I feel. I’d be really honoured if I could really convince guys that it’s okay to do whatever they want.”

Terrell and the rest of the squad practice for three hours every week in addition to two hours prior to each match, and says he still sometimes wants to get involved in the action.

He said: “It’s great that I still get to be involved with basketball and sitting on the sidelines is awesome because I’m so close.” 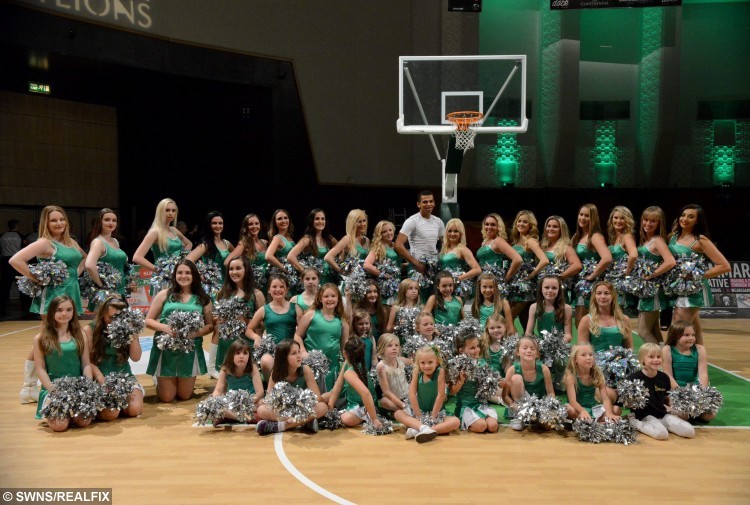 “Sometimes players don’t play the defence or the re-bound and it really makes me want to drop my pom-poms, run out and say ‘oi!’

“But I think that the team for this season looks really good and the coaches are great. I hope they do well.”

Nickie Tombs, a representative for Plymouth Raiders, said: “I travel to many away games and Terrell is the only male cheerleader I’ve seen.

“He’s fitted in so well and the crowds love him. It’s lovely to see how popular he is.

“We have the best cheerleaders in the league. They work very hard and are completely dedicated.”

Find out the secret behind the world’s biggest leek!