Sasha Cochrane’s father Peter died when he fell 30ft from scaffolding on a building site, leaving behind five daughters and no will.

Just 19 at the time, heartbroken Sasha turned to her older half-sisters Amanda, then 34, and Claire, 30, for support. The pair, Peter’s daughters from a previous marriage, rallied around Sasha and her two younger siblings, who were only 15 and 14.

The three eldest sisters jointly organised the funeral and supported each other through their grief. But just a year after laying her father to rest, Sasha made a shocking discovery.

In what she sees an unimaginable betrayal, Amanda and Claire, also called Cochrane, took control of every penny from Peter’s £121,000 life -insurance payout – and kept it.

Sasha said: “They were in their thirties while my little sisters and I were just teenagers. My dad named all five of us on the policy, trusting the money would be divided five ways.

“That money was supposed to safeguard our future. Instead, they kept it for themselves.

“I’m like a real-life Cinderella. One of my friends said it as a joke, but it’s true. In the film Cinderella loses her dad and her life takes a turn for the worse. If Dad was looking down on us now he’d be so disappointed and sad – it’s despicable.”

The bust-up has now torn the once happy family apart. Despite having different mothers, Sasha says the five girls were very close during her childhood. They spent -weekends together and treated each other as full sisters.

“Growing up, they weren’t half sisters to me,” she said. “They were my real family and I idolised them.”

Peter had walked out on his first marriage to Amanda and Claire’s mother to be with Sasha’s mum, Luisa. They went on to have three daughters together – Sasha, Annabelle and Jessica. But despite that, Sasha insists that there was never bad blood between the sisters.

She said: “I knew they resented the fact my father had left their mum, but it was never something they took out on me.”

“When I was 17, my mum and dad divorced and Dad found a new partner so we knew how they felt. We would still go shopping, I’d babysit for Amanda’s young children and when I was old enough they even took me clubbing.”

But in June 2011 painter and decorator Peter died in the accident at work, setting in train a series of events that would destroy his family.

Brakes had been mistakenly removed from his scaffolding, causing it to roll, tipping him out.

One of his ribs broke in the 30ft fall, piercing his liver, and he died of internal bleeding three hours later.

By the time the five sisters found out and got to the Arrowe Park Hospital in Wirral, Merseyside, their father had already passed away.

Sasha recalled that even as the family gathered in the hospital waiting room, trying to come to terms with their loss, the subject of money reared its ugly head. She said: “As we sat there I remember Amanda suddenly asking what we were going to do with his car. It seemed so insensitive.

“Looking back, it was the first sign she was already thinking about money. But I couldn’t see that, and my family were the only thing I had at that time.”

“I used to pop into Amanda’s house on my lunch break for a cup of tea and we’d chat about our memories of Dad, comforting one another on his birthday a month after his death. Together, Claire, Amanda and I organised the funeral, arranging flowers and music for the day. We were closer than ever.”

Though Peter had not left a will, he had taken out a policy with Provident Life Insurance on which all his -daughters were named, with Amanda and Claire as administrators.

This was confirmed when Provident wrote to each of the five girls stating they were entitled to a fifth of the insurance payout, £24,000 per head.

But in February 2012, nearly a year after Peter’s death, Sasha had not heard any more so she contacted the insurers and asked when the promised payment would be released. Only then did she learn that her older siblings – as administrators of the policy – had been paid the full £121,000 two weeks earlier and neither had thought to tell her.

“I thought there had been some mistake,” Sasha, of Warrington, said. “But when I called Claire to ask what was going on she hung up, and then wouldn’t answer my calls when I rang back.

“And when I wasn’t able to get hold of Amanda either I knew it had to be true. I couldn’t understand how we’d all cried together at our dad’s funeral and grieved together in the months since – and all that time they must have been secretly plotting to claim the money without telling us.

“They’ve shattered that bond to be rich.”

Sasha immediately contacted Greater Manchester police, but was told the case was a civil matter as Claire and Amanda had been legitimately named on the policy as administrators. So she hired a solicitor to write to Amanda and Claire demanding they give the younger girls’ their fair share of the money.

The pair replied claiming they could not “afford” to give the three sisters a fifth each as they “only had a small amount of the monies left”.

Claire also apologised to Sasha’s solicitor, claiming she and Amanda “didn’t understand the rules and responsibilities to share out the monies equally.”

The two wrote that some of the cash had been spent on funeral costs, a vase block for the crematorium and solicitor’s fees.

The solicitor sent two more letters demanding the money be split five ways, with Jessica and Annabelle’s shares put into a trust fund until they were 18 – but there was no response.

Sasha, mother to Myles, one, and partner to Anthony, 32, has not received a penny.

Now she can no longer afford the legal fees, even though she claims to have discovered that Claire, a carer, and Amanda, who’s unemployed, have blown the fortune on boozing, holidays, and gifts to other relatives.

Sasha fumed: “It makes me furious.

“My father made them administrators of the policy to take care of their younger sisters – not to do us over.”

Sasha is now saving money to take her half-sisters to court. She added: “Now we cross to the other side of the street to ignore each other, or end up yelling at each other in the street.

“I can’t believe their greed was more important to them than our relationship. I don’t think our family will ever be the same. ” 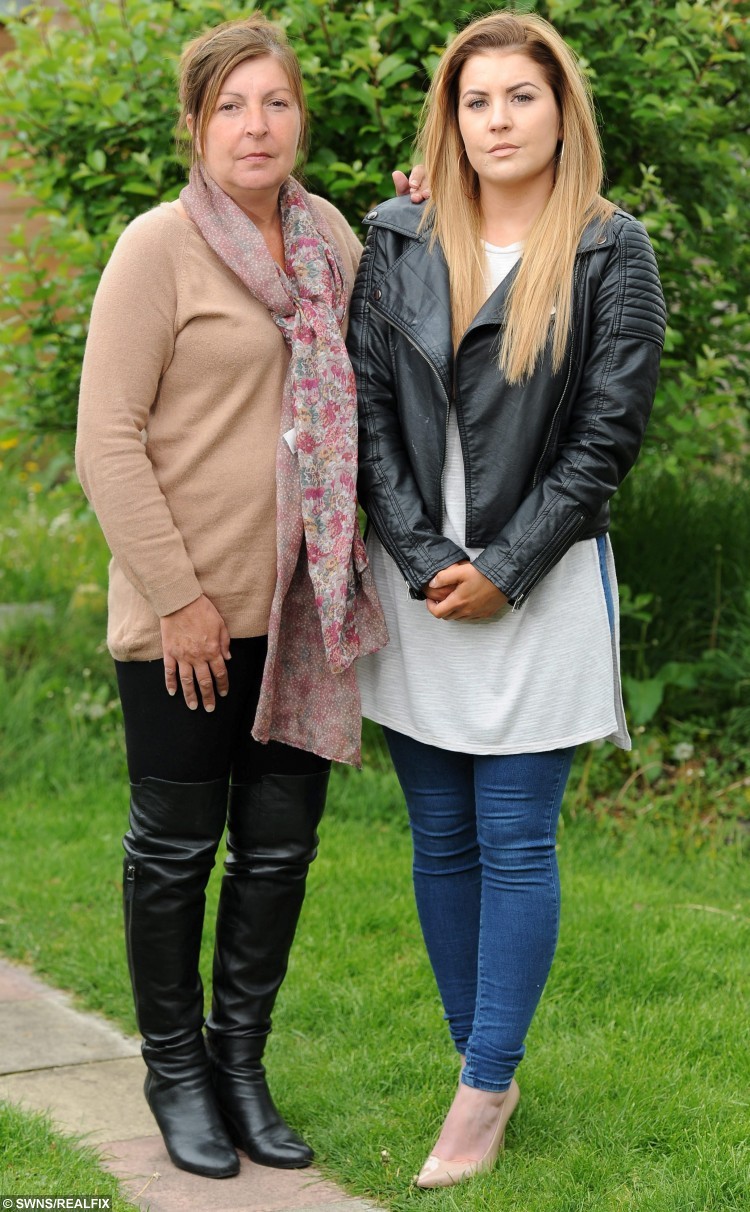