WATCH: Rescue services pull together for a very special reason

Four police vehicles, two fire engines and an ambulance came to the rescue to help an 11-year-old girl – celebrate her BIRTHDAY.

Chloe-Louise Horne was gutted when she was forced to cancel her birthday party due to the lockdown.

But mum Trudy, an NHS support worker, made her daughter’s birthday “the best day ever” after asking emergency colleagues to surprise her. 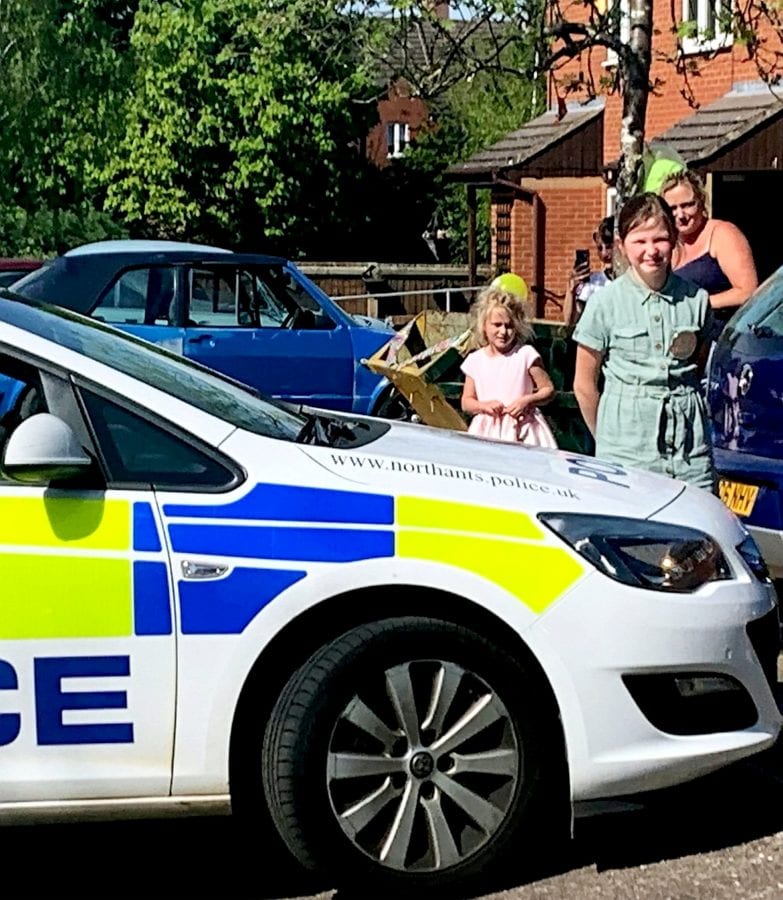 Touching video shows a convoy of two police cars, a riot van and motorbike along with two fire engines and an ambulance, turning up outside Chloe-Louise’s home in Rushden, Northants., on her birthday last Wednesday (15/4).

Trudy, 34, said: “I just wanted to do something for her – her party had been cancelled.

“She couldn’t see her friends. Her best friend came to the end of the street, but they couldn’t even hug.

“I was working extra-long hours and I just wanted to give her the best birthday I could.

“A few days before her birthday I sent a message to Northamptonshire Police on Facebook asking if they could help.

“I was a bit cheeky and asked if they could send some vehicles round to surprise Chloe-Louise who wants to join the emergency services one day.

“I was being sincere when I asked the police to come but I never expected it to happen.

“When I got a phone call warning me they would try to come I couldn’t believe it.

“I just thought we would get a police car and wasn’t expecting the fire brigade and all the police vehicles. They were amazing.

“There was an ambulance around the corner but it was too big for our road.

“The worst birthday became probably the best birthday she’s ever had. 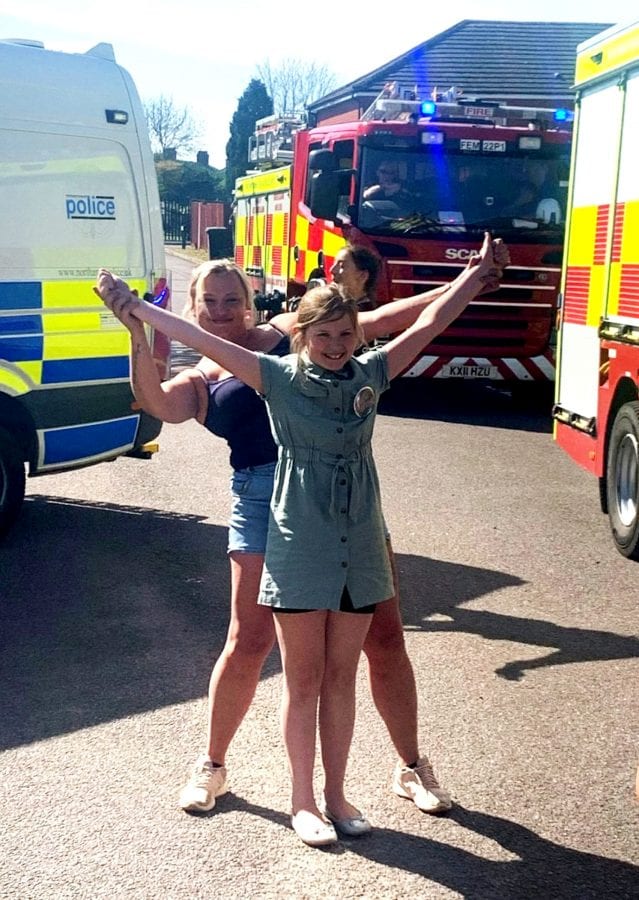 “I was so surprised. I just wanted to do something nice for Chloe-Louise because of the current situation.

“Chloe-Louise was terrified when the first police car turned up. We kept saying, ‘Have you been naughty?’

“When she realised it was for her birthday she was so overwhelmed she didn’t know what to say.

“She said it was her best birthday ever. It has been a pretty good experience for her.

“She hasn’t had a party since age was seven so was planning a big one.

“I had promised her a big disco because my husband’s a DJ and trip to the cinema.

“But as it turned out I couldn’t get her all her presents or even a card.

“They brought her all different kinds of chocolates – Celebrations, Easter eggs and bunnies – and put ‘Happy Birthday Chloe-Louise’ across the police van.

“After we sang her ‘Happy Birthday’ we applauded the emergency service workers.

“There was always someone in each vehicle in case a call came in. 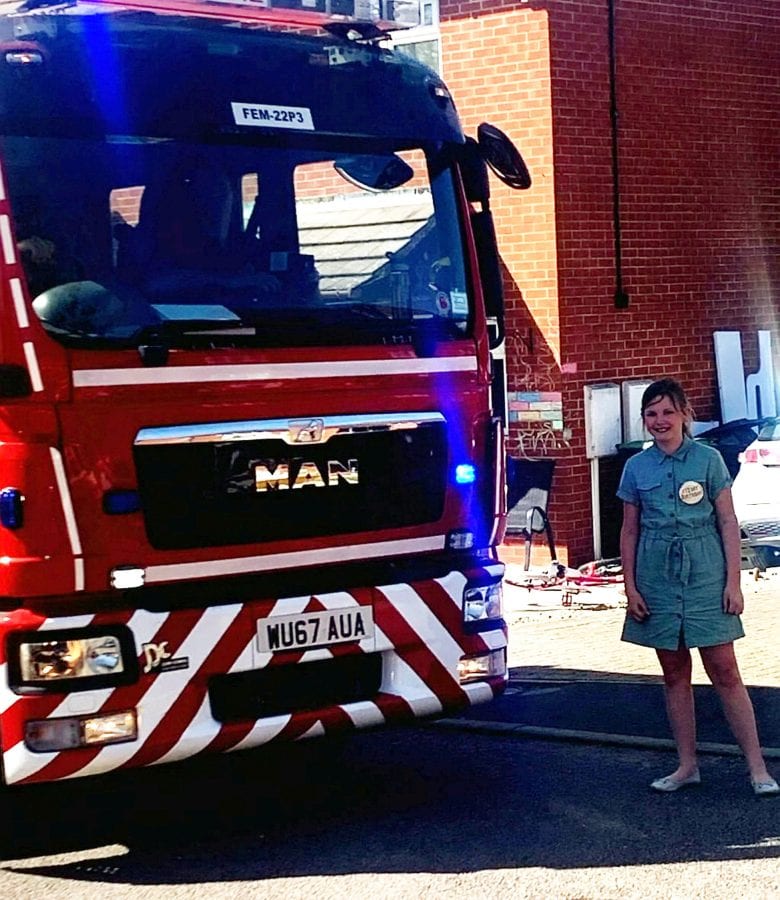 “We’ve been working double shifts up to 14 hours to protect the people we look after.

“This week I’m doing four long shifts because at the minute there is a lot more required
of us.”

Chloe-Louise was joined by her sisters Aimee-Jayne Heenan, 18, seven-year-old Charlott-Ann Horne, brother Kyle, 13, and dad Gary, 42, for her special surprise.

She said: “I was really upset when I had to cancel my party but when the police cars turned up to surprise me I was bowled over.

“It was the best birthday present ever. I really want to join the police when I’m older.”