A zoo was forced to close its doors after it was mobbed by thousands of gamers who turned up for a Pokemon party.

Pokemon hunters descended on Bristol Zoo on Wednesday evening for a ‘lure’ party, which involves players turning up in one place to catch the virtual pocket monsters.

But the zoo reached its 2,000 people capacity within half an hour of opening, with long queues stretching down the road.

Poke hunters who did manage to get into the event were not left disappointed as the Pokemon mingled with real animals in the zoo’s gardens.

The event is estimated to have raised around £6,000 for the zoo as people paid a £3 donation to get in.

Dad-of-two Brian Samuels said: “The kids love it, and I’m not ashamed to say that I’m hooked as well now.

“I’ve been playing for about a week but where I live, in Downend, there aren’t that many good Pokemon around, so it’s nice to come here and see everyone get so excited at catching lots of new Pokemon.”

Eddie Parsons, 17, came with a group of friends from college, and said: “We’ve all been out together looking for Pokemon a few times now. 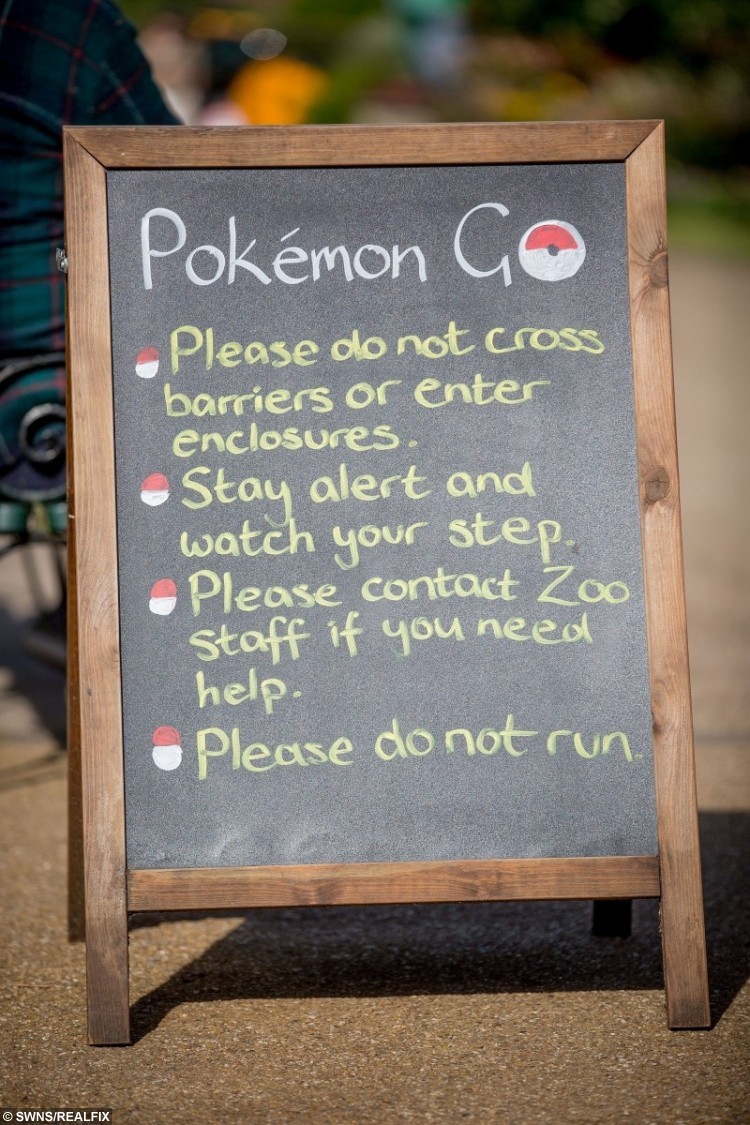 “I know a lot of people think it’s sad but it’s better than sitting at home on the Playstation. We do all get quite competitive.”

The zoo is now planning another event for those who didn’t manage to get in.

One disappointed Poke-fan said: “We couldn’t get in, so we gave up in the end. The queues were really long, all the way down the road.”

Model stopped posing to save drowning woman from Thames

Model stopped posing to save drowning woman from Thames