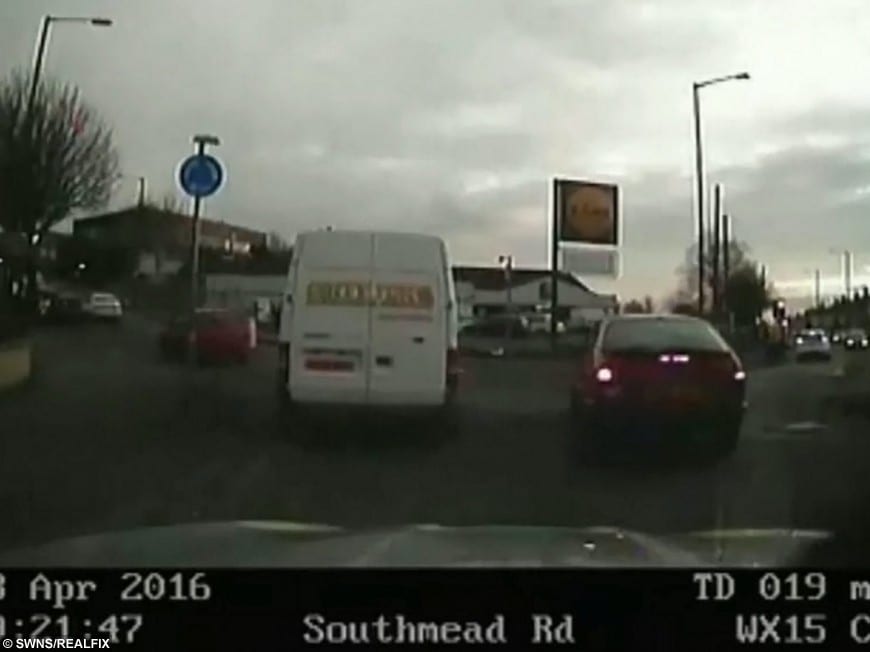 A drunk white van man who tried to flee police in a terrifying five-mile drunken chase through a town has been jailed.

Reckless Simon King was more than three and a half times over the drink limit when police tried to stop him for using his mobile phone at the wheel of a van.

He did a U-turn then tore through 20mph zones at up to 60mph, ignoring traffic lights and swerving on the wrong side of roundabouts in busy traffic. 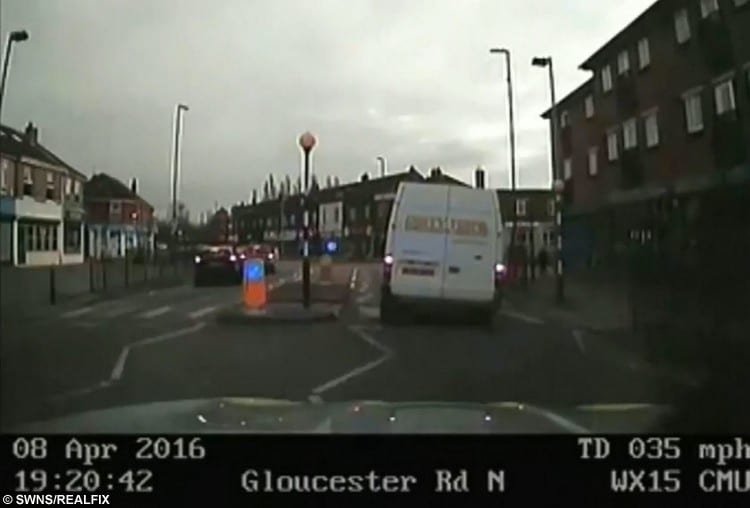 Police dashcam footage during the chase

Police who filmed the pursuit though Bristol on their dashcam finally boxed him in and arrested him and he was also found with cocaine in his possession.

King, 36, was freed on bail – and was caught drink-driving just two months later when he was twice over the limit.

He was also found to have two types of drug in his system on the second occasion.

A court heard that King, who was also driving while disqualified and without insurance, had ‘several’ previous convictions for drink-driving.

He also pleaded guilty to possessing cocaine, driving while disqualified without insurance, drug-driving and driving with excess alcohol in June.

Judge Mark Horton jailed him for 27 months and banned him from driving for five years. 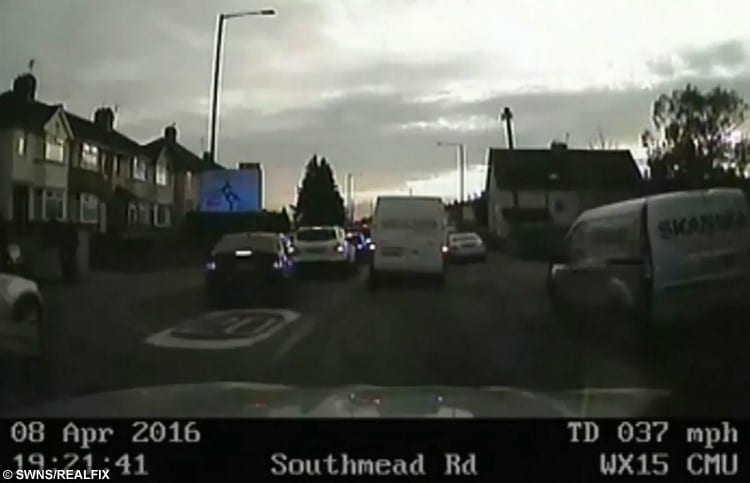 He told him: “It is exceptionally fortunate that no-one was fatally harmed, let alone injured.

“It is entirely thanks to the police who, by use of sirens which were heard, enabled legal road users to move out of the way of danger as you progressed.

“You have an alcohol problem. You have a drug dependency as well.”

Robyn Rowland, defending, told the judge: “He accepts it was a dreadful piece of driving. All I can invite you to do is accept it flowed directly from an alcohol problem.”

He said such was his client’s alcohol dependency that if he didn’t drink daily he would fall ill.

« Previous post Pampered Pooches : Brits Will Spend 10.6 BILLION on their Dogs in 2017
Next article » This Hilarious Video Shows Wild Stoats Bouncing On A Trampoline At Night