Ben Anderson a pupil at Torbridge High School who says he has been banned from going outside at breaktimes by teachers because his hair is too short. See SWNS story SWCUT: A young schoolboy has been banished from the playground Ã after cutting his hair short so his Sea Cadets beret would fit. Devastated Ben Anderson, 11, has now been segregated from his classmates because his school says his haircut is against the rules. Now angry mum Steph Anderson is threatening to pull the 11-year-old out of Tor Bridge High School in Plymouth, Devon, altogether. Ben, who has just started Year 7, has had to sit outside of the school office at break and lunch times since Monday.

An 11-year-old was segregated from classmates for cutting his hair short – so his cadets BERET would fit.

Devastated Ben Anderson has been punished less than a month after starting at secondary school because his short shave is in breach of rules.

Furious mum Steph Anderson has now threatened to pull her son out of Tor Bridge High School in Plymouth, Devon.

Year 7 pupil Ben has had to sit outside of the school office at break and lunch times since Monday.

But his mum says he had his hair cut to a grade 0.5 on the sides and left long on top so his sea cadets beret would fit properly.

She claims there was no mention in the school’s policy of its rule on haircuts being no shorter than a grade two.

She said: “I got a phone call from the school to say that he would be sitting in segregation outside the office every break and lunch time until his hair grows.

“Part of the school policy is that they have to have their hair a grade two but when I signed the policy I saw nothing that said that.

“He got his hair cut on Monday night because he is the leading cadet in his squadron at sea cadets and he had to have his hair tidied up for inspection.”

“He has to have it that short because his hair grows really quickly. It’s not an offensive haircut.

“Where do his human rights come in when the school is telling him how long or short he can have his hair?

“He goes into school, abides by all the school uniform, is smart and tidy and is enthusiastic to learn and now he’s sat in segregation as if he is naughty.”

The school said its policy, signed by the parents or guardians of each pupil, states that haircuts must be no shorter than grade two. The rule is also stated in the uniform section on the school’s website.

But Miss Anderson insists she did not see the rule in the school’s policy and is now considering sending Ben to a different school.

She said: “It’s not fair; he shouldn’t be punished for something we didn’t know anything about.

“If I had known, I might not have chosen the school.

“Having his hair grade two is going to be a bit much all of the time and dictating how they have their hair until they are 18 is just a bit much.”

Liz Dunstan, principal at Tor Bridge High, said: “All new students when they start at Tor Bridge High are given a home/school agreement that gives parents and carers details of our expectations before their children begin with us in Year 7. 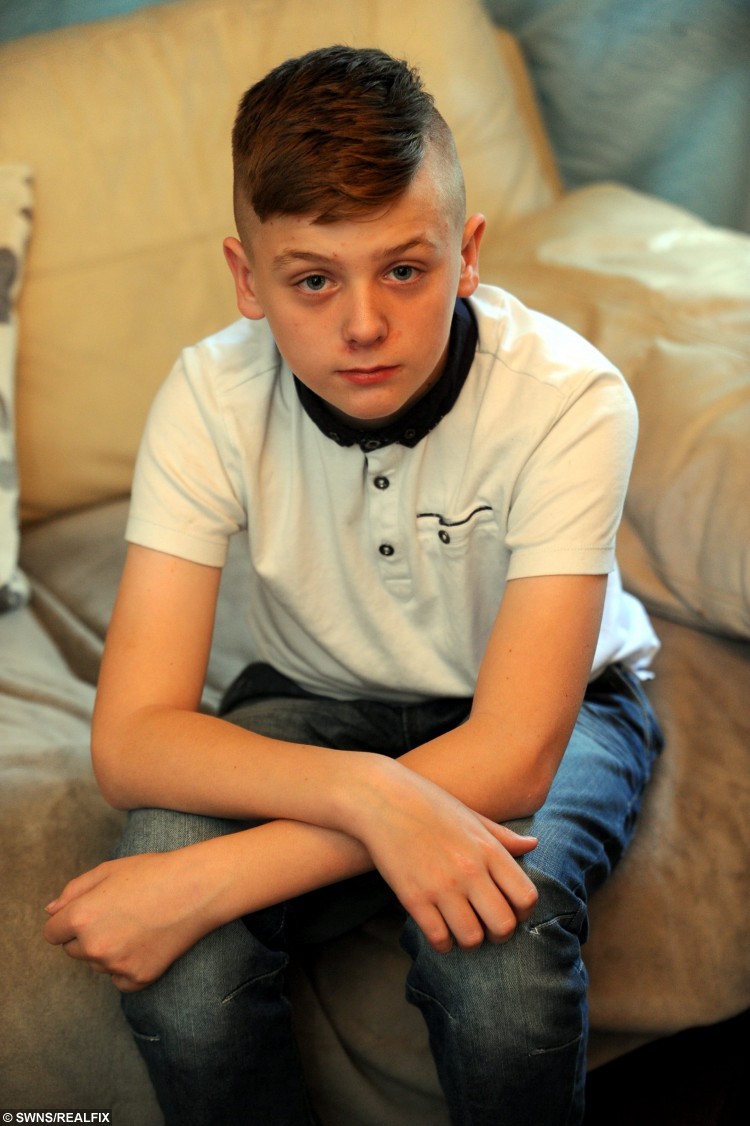 “It clearly states our uniform policy and that haircuts under a grade two are not allowed.

“As a school we are extremely supportive and proud of our students who are involved in various cadet groups and have a number of students who belong to these organisations whose haircuts do not breach our uniform policy.”

The case is the latest controversy involving pupil’s hair as several schools brought in stricter regulations for the start of the new academic year.

In another incident three weeks ago a 13-year-old girl hit the headlines after she was sent home from school in Sheffield because her head was shaved on one side and dyed brown and blonde in the pattern of a leopard’s skin.