A cardboard box was found dumped by the side of a busy road on a freezing day, filled with bunny rabbits.

The seven adorable rabbits are lucky to be alive after they were spotted half frozen in the soggy box.

The damp box which was found in Ilford, east London, was picked up by RSPCA Inspector, Mitchell Smith.

All of the brown and caramel furry rabbits are friendly and healthy – and waiting to return to a warm and welcoming home. 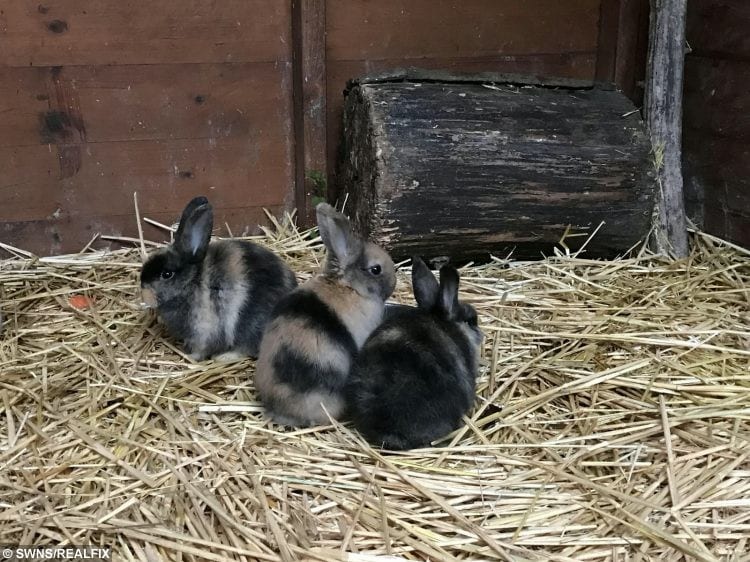 Mitchell said: “There is never an excuse to abandon an animal in this way.

“It’s very chilly at the moment and these rabbits would have been open to the elements as well as any predators.

“These are domestic pets not wild rabbits who can fend for themselves.”

“They are all really nice and friendly so have clearly been living in a home before they were abandoned, even the 12-week-old babies are friendly and don’t mind being picked up.

“I collected them and took them to a boarding establishment to be looked after whilst we try and trace an owner.

“If an owner can not be found the rabbits will be rehomed.”