This shocking CCTV footage shows the moment a man grabbed a woman in a taxi rank – and bit her EAR.

The incident happened at around 7.10pm on Tuesday, November 29, last year.

The 21-year-old woman was inside Bluestar Taxis in Wigan, Gtr Manc., when he nibbled her ear and then scarpered in a random unprovoked attack.

Police have released CCTV footage showing a smug-looking fella they want to speak to in connection with the assault.

Detective Constable Mark Swindlehurst of GMP’s Wigan Borough said: “This was an unprovoked attack on an innocent woman. 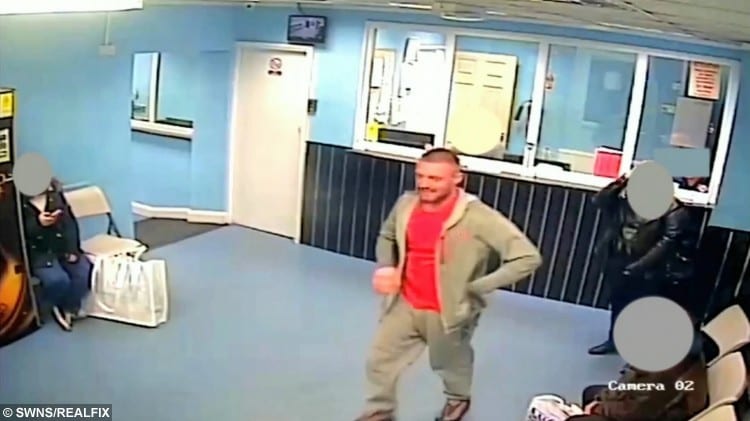 “We have been carrying out extensive enquiries and now have CCTV footage of a man we are keen to speak to.

“If you recognise the man in the CCTV, I would urge you to get in touch with police as soon as possible.”