A couple who noticed money going missing from their home set up a CCTV snare and were shocked to find their friend of over ten years was the culprit.

Tracey Christmas, 52, was spotted in the act after the family grew suspicious of money going missing – even confronting their own young son for answers.

The married couple, who want to remain anonymous, say they have been left with trust issues since the ordeal as they considered Christmas a part of the family.

Christmas was sentenced to a 20 week prison sentence, suspended for 12 months, after pleading guilty to two counts of theft and two counts of attempted theft.

The shocking footage shows horse riding instructor Christmas, from Biggleswade, Beds., hunting for a hidden key from a bureau before finding it and stealing £30 in cash.

The CCTV later caught Christmas attempting to steal two other times, before she was seen again quickly going through the woman’s hand bag and taking £50.

The female victim, 50, said she felt sick watching the footage and claims she had even discussed money going missing with Christmas – who was her friend for over ten yers.

The female, who lives in Guilden Morden, Cambs., with her 56-year-old husband, said: “In retrospect we feel stupid that we have not realised what was going on at the time but we had no reason to suspect her.

“It’s the disappointment that someone has cultivated a friendship simply for their own monetary gain.

“For us it makes you think how could we have been so blind? But Tracey was seen as a family member and spent more time at our home than at her own.

“I think her sentence is appropriate but it has not affected her life at all, she just keeps clean for a year and it doesn’t make any difference on her life.

“I was really angry. I felt really physically sick watching somebody I knew going through my personal possessions.

“We would like to think that we can trust people again but unfortunately it affects how we deal with other people that come into our house now.”

The couple claim the CCTV had been up for less than a week and caught Christmas on four different occasions stealing or attempting to steal.

Cambridge Crown Court heard on August 30 how Christmas grew close to the family after being employed to look after their horses and do odd chores around the house.

Paul Brown, prosecuting, said: “The defendant also babysat for the couple’s son, who is now nine-years-old, and looked after their house when they were away.

“However, she did not have free reign of the house and there were areas she was not allowed into.

“The family involved in the case became concerned about money going missing from the house and decided to install CCTV.

“They became suspicious; even confronting other family members and workers at the house over the missing money.”

On March 9 this year, the defendant was caught on CCTV entering a room in the house in Guilden Morden, Cambs.

Christmas denied the offences when confronted face to face by the family involved – but eventually admitted them once the family told her she had been caught on CCTV.

She said she would pay the family back by direct debit and they “wouldn’t need to involve the police”, but the family thought it was too late for that.

In police interview, Christmas, who had no previous convictions, admitted the offences.

The court was told how her “clear and stupid” breach of trust caused arguments within the family and made her victims feel “physically sick” once they saw the CCTV of her rifling through their things. 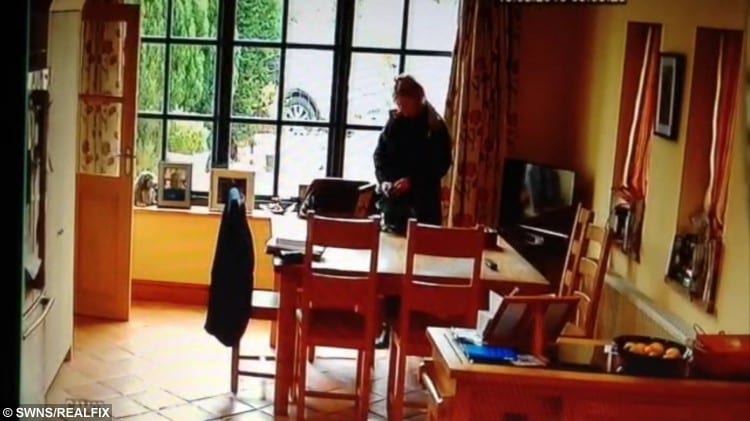 The female victim added: “It is just upsetting and we feel angry that she is probably living her life as normal and we now can’t trust people.

“You always like to think you see the best in people but now we sort of tarnish everyone with the same brush.”

She was also ordered to carry out 120 hours of unpaid work and pay £80 compensation, £85 court costs and an £80 victim surcharge.