Chrissy Mitchell,32, and her father Tim Lesak,51, roller-dance for her first dance after she said I do at her wedding to Kevin Mitchell,32,at Bear Cave Lake in Oswego, Illinois.

This is the moment a bride wowed her wedding guests with a dad-and-daughter dance – on ROLLER SKATES.

Chrissy Mitchell, 32, slipped into skates after saying ‘I do’ and took to the dancefloor with her dad Tim Lesak, 51.

The duo, who have been skating together since Chrissy was in middle school, showed off with fancy footwork as they boogied to ‘Don’t Stop The Rock’ by Freestyle.

Shipping clerk Chrissy said ever since her husband, shop manager Kevin Mitchell, 32, popped the question, she knew she wanted to skate on her big day. 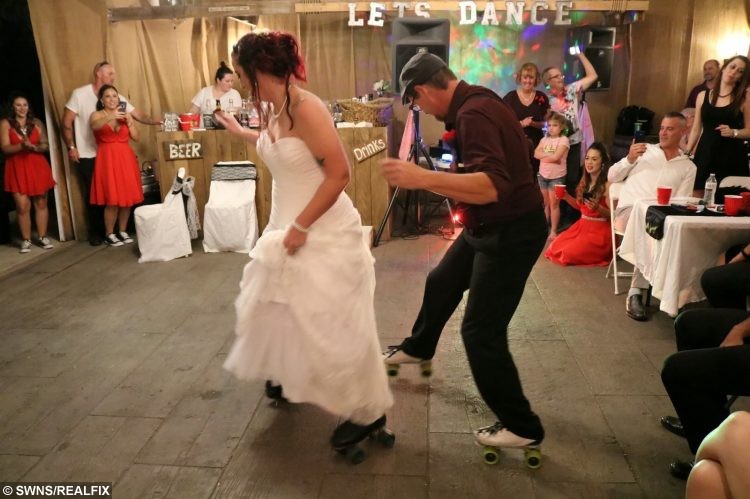 She and carpenter Tim didn’t practice at all in the lead up but are so used to skating together that the dance came naturally at their wedding.

Chrissy, of Joliet, Illinois, USA, said: “I knew when my husband proposed to me that I wanted to be on skates on my wedding day.

“It is something my dad and I have always done together.

“He taught me all the footwork I know and how to dance to the beat of the music.

“On the day I was so excited. I couldn’t wait.

“We winged the entire thing.

“I think I talked to him a day or two before the wedding and he was like, ‘I haven’t touched my skates in about two years.’ 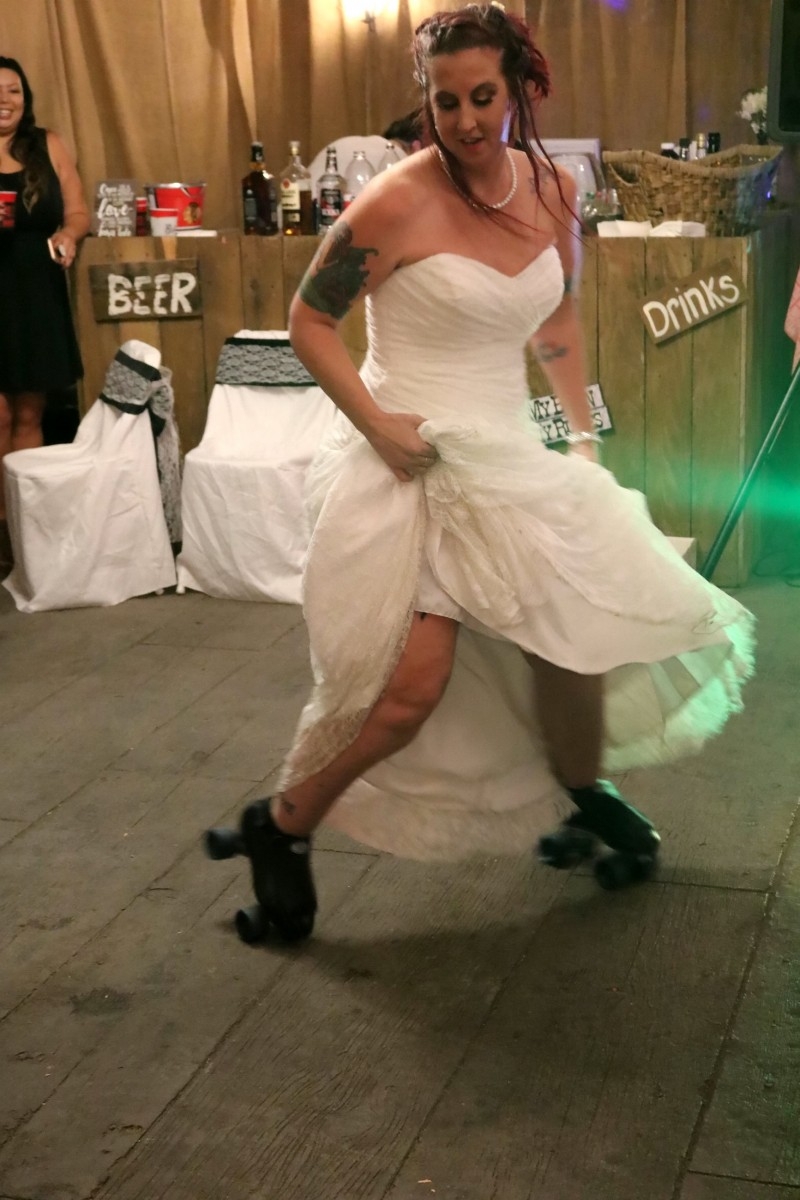 “He was so excited, he had a smile on his face the whole time. I don’t think I’ve ever seen hm smile that much.

“I know if we were confident that it would flow.

Chrissy’s dad Tim said he has been skating since he was a toddler and went on to do speed skating and artistic skating.

He also worked as a coach, following in the footsteps of his own father Dale Lesak, 72, who was also an instructor. 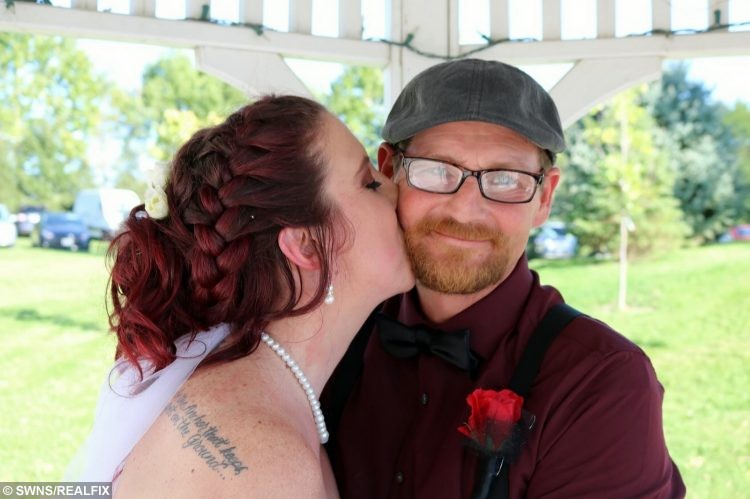 The dad-of-three, who is married to receptionist Angie Lesak, 52, said: “Chrissy had talked about this a few months prior to the wedding but we didn’t have anything planned.

“Everything was ad lib.

“Everybody was staring and I could hear the cheers in the crowd. It was wonderful.

“It is a moment I will cherish for the rest of my life.

“It made a special occasion even more special.”

Chrissy and Kevin started dating in July 2014 and tied the knot at Bear Cave Lake in Oswego, Illinois, on September 15.

Is This The Craziest Christmas Office Desk You’ve Ever Seen?

Is This The Craziest Christmas Office Desk You've Ever Seen?