For the best part of a decade Ian Millthorpe has carefully plaited hair, ironed shirts and vetted boyfriends.

But this Father’s Day spelt a well-earned day off for this single dad-of-eight.

The widower lost childhood sweetheart Angie to cancer in 2010 and faced the daunting task of raising the kids alone – with five under the age of 14.

To help ease the burden Angie compiled a list of parenting essentials for Ian, 56, to learn.

Ian said the 15-point list – which was later made into a bestselling book – has guided him through the last eight years without her. 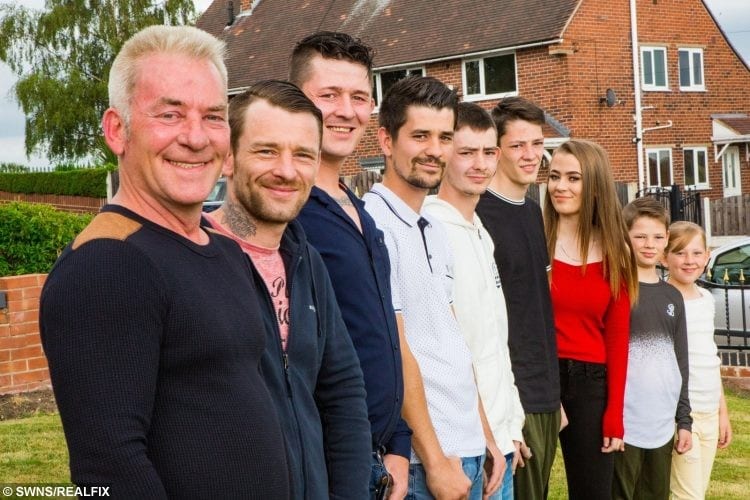 He no longer needs to follow some rules – checking hair for nits and not letting the youngest bath alone – but he sticks religiously to her guidance on vetting boyfriends.

Today the retired miner will walk along the scenic east coast of Yorkshire with his eight kids and five grandchildren – with his late wife still very much part of their day.

“We’re going to do our annual walk across Thornwick Bay at Flamborough Head where we’ll pay a visit to Angie’s bench”, he said.

“We go there to lay flowers and share memories. The bench is near the cliff top café and was put up during the last few months of Angie’s life.

“We used to lay in that spot as teenagers looking over the whole bay so it’s a perfect way to keep her involved.

“I’m really looking forward to it as I love having all the family together.

“When we used to do the walk with Angie she’d cook me a medium rare steak as soon as we got home, with steak chips, onion rings, mushrooms and a sliced tomato. 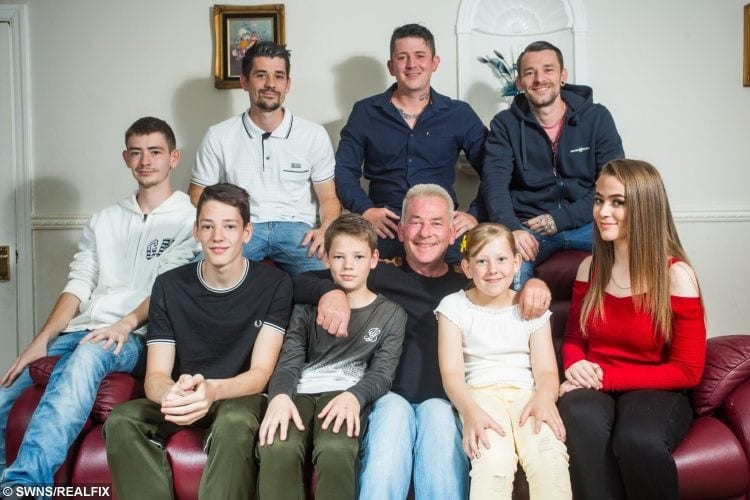 “This year I’ll be ordering that from a pub where I’ll unwrap the presents from the kids.

“My older sons get me Joop or Hugo Boss aftershave as a nod to Angie as she’d always got me that from the kids.

“The younger ones will buy me something with their pocket money. Ella usually gets me chocolates in spite of rule 14 – she’s found a loophole there!”

Despite Father’s Day supposedly spelling a day off from dad duties, Ian maintains he will still enforce Angie’s 15-point list.

“They’ll all be indoors before it’s dark”, he joked.

The pair married in 1985 after falling in love at 14 when they met in the park in their hometown of Grimethorpe, South Yorks.

Five years later, after being given the all-clear, they went on to have five more children – Connor, 19, twins Jake and Jade, 15, Corey, 12, and Ella, ten.

But in February 2008, Mrs Millthorpe – who never smoked – developed a cough that she couldn’t shake off and doctors found incurable cancer in her lung. 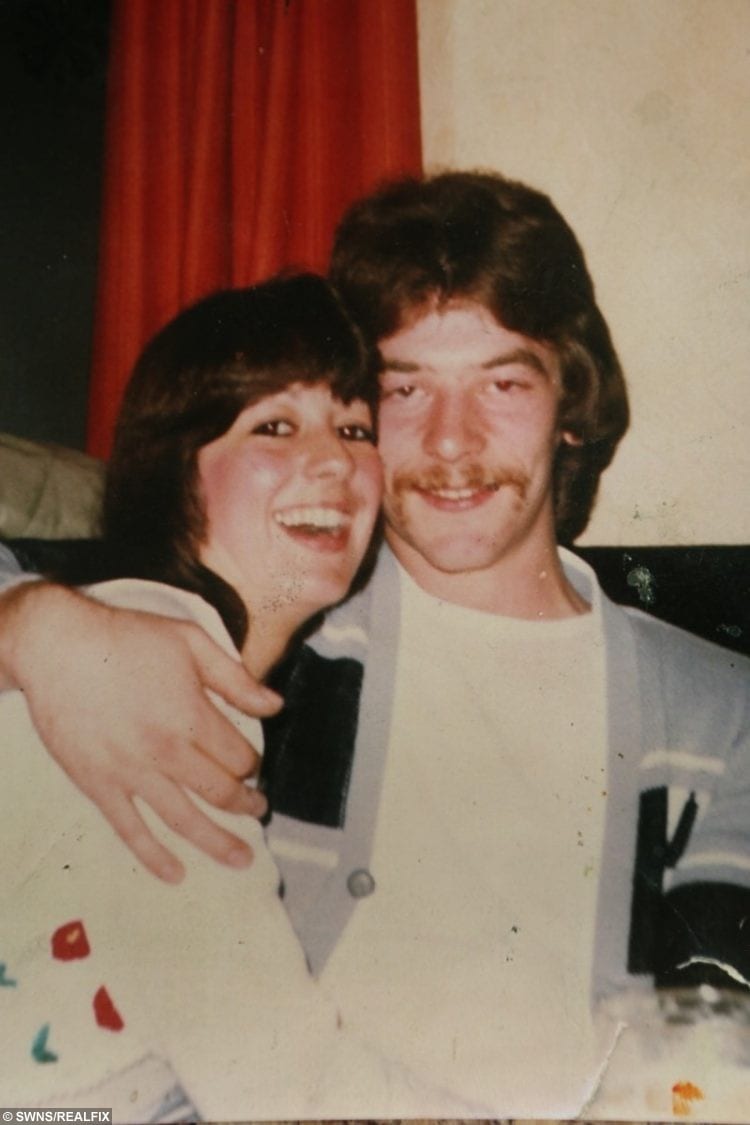 Brave Angie handed her husband a tear-stained note – a simple list of rules on how to bring up their eight children.

It included simple pointers on bedtime rituals, having the kids indoors an hour before dark and limiting screen time.

Days later she lost her battle with cancer and died in hospital with her devoted family at her bedside in 2010.

Poignantly, the last bullet point – number 16 – was scribbled out, which after reflection Ian believes was a reminder to look after himself as well as the children.

In the summer, Ian still insists the children wear sunblock, just as his wife requested, and he does not allow them to eat too many sweets.

And with the eldest kids now setting up homes and families themselves, he’s now passing on mum’s pearls of wisdom – like ironing tips – to the next generation.

Ian still has the note that Angie wrote, and brings it out when necessary to remind the children of what their mother would have wanted.

He said: “For the first year, I was trying to teach them everything.

“Most of the things I stood by.

“Even if their friends are playing out until 10pm, they come in at 8pm.

“The teenagers don’t hang around on street corners like other kids in town do.

“We’ve had to bend the rules with letting them spend an hour on the computer. If they have homework it’s pretty difficult to limit it to just an hour. Especially as Jade and Ella are performing really well.

“Also it’s so much easier to have them preoccupied in their bedrooms where computers are while I zip round and do the housework.”

Despite applauding the 15-point list Ian now admits he would add one touching addition – ‘Don’t feel sorry for yourself’.

“The first month following Angie’s death I was so low and was just moping around. I was no use to anyone”, he said.

“But then I realised I had to snap out of it as the kids were picking up on it.

“I miss her everyday but I really did feel her absence during the birth of our grandchildren. She would have loved hugging them, just as I do.”

But his hard work an diligence to sticking to Angie’s list has seen the kids flourish.

Their youngest child, Ella, was just three years old when Angie died but is now about to leave primary school, with a 100 percent attendance record.

“As I sat down to watch the play a teacher came over and said ‘Mr Millthorpe you are in for a real treat’. Then Ella came out and sung a solo number.

“I could see all the parents turning to look at me as she sung, I was almost in tears and I kept looking up wishing that Angie could see her little girl too.”

Twins Jake and Jade, 15, are diligently studying for their GCSEs, Corey, 12, is achieving good grades at secondary school and Ella, ten, is excited to join him in September.

Connor i GCSEs C learning joinery and plastering at college. Eldest son Ryan, a warehouse worker, is a few streets away while brickie Damon and window fitter Reece live on the same road as Ian. 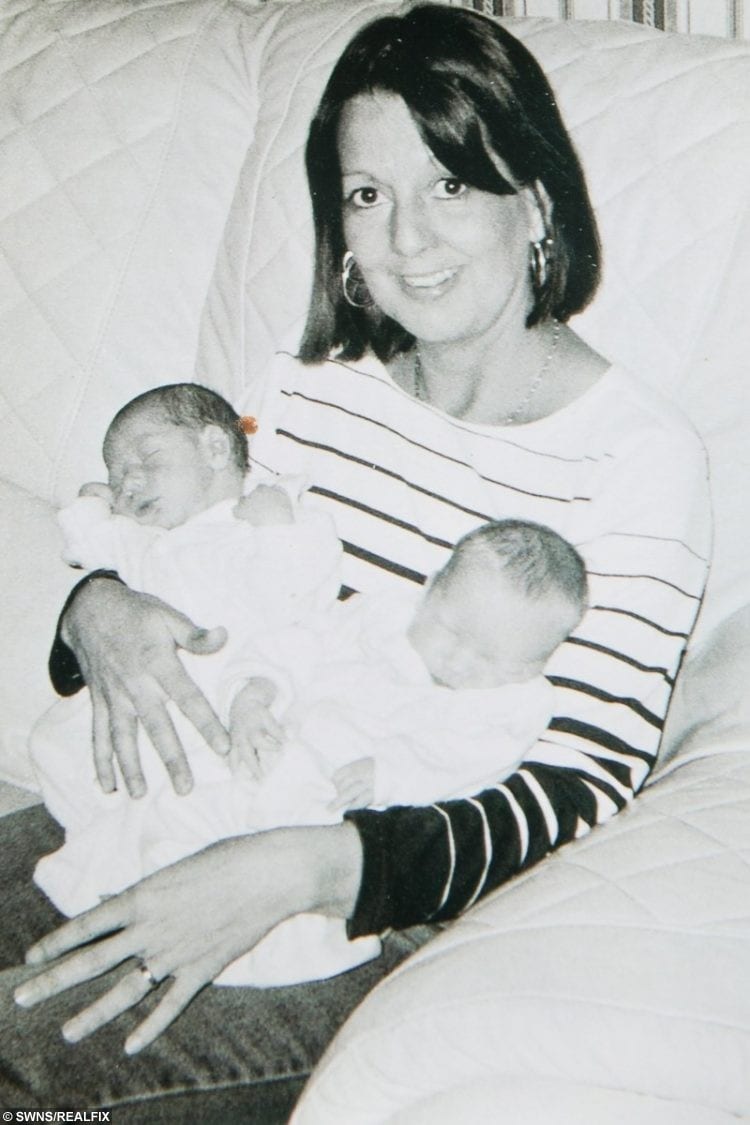 Despite carrying out the daunting task of raising eight kids Ian says the hardest hurdle has come from himself.

Having survived a brain haemorrhage in 2004, Ian now suffers with chronic lung disease after over 20 years as a miner.

“The hardest thing I’ve had to deal with is my health. I have trouble breathing, even doing things like unloading the washing machine.

“I just want to do right by Angie and my kids. I don’t want to become a burden to them.”

But despite his self-doubt kids Jess, 15, and Ella, ten, sing his praises.

Schoolgirl Jess said: “He’s really been so great and supportive over the years. It’s because of him that I want to train as a social worker once I leave school. I want to make a difference to somebody’s life.”

Aside from following the 15 rules, Ian said the key to his tight knit family has been his extended relatives.

He says the family’s remarkably close support network gave him strength to face his bereavement.

He lives on the same street as two of his elder sons, as well as three of his brothers, in Grimethorpe, South Yorks. 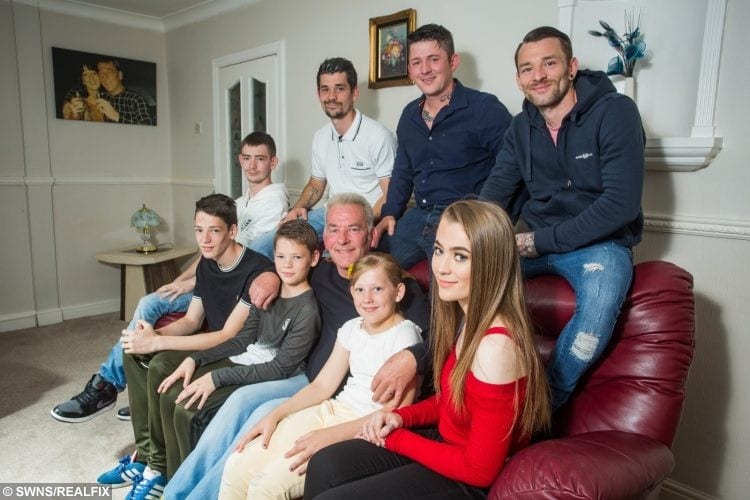 Angie’s father Herbert lived opposite Ian’s house until his death in 2014, and Ian cared for his father-in-law along with the young children.

“Initially I found it hard to be strict with them after they had just lost their mother.

“I’m quite lucky as the kids are really well behaved and if I do have a problem with something I always point out that it’s how mum would have wanted it.

“The biggest thing I’ve learnt is not to give in to them and to always, always praise their achievements.

“I’m very fortunate. I have a bunch of hard-working, caring kids. They’re so helpful and polite to neighbours and others in the street.

“I see a lot of Angie in Jade and Ella especially in their mannerisms. They are always smiling and chatting. They’re both naturals with their nieces and nephews so they both have their mother’s maternal instinct.

“My children talk about Angie every day, what their Mam used to do, what she used to say.

“The kids have had 100 per cent attendance at school for three or four years now.

“If the doctor will let them go to school, they go.

“They’ve got to go to school, to get a job so they’ve got something behind them.

“I can never replace Angie, but I’m determined to do everything that I can to make her proud of our family. Luckily she has made it easier for me.”

The grandfather-of-five said: “I know I’m not going to meet anyone, I don’t want to.

“I’m satisfied with the life I’ve got now.

“I still love Angie as much as I’ve always done.”

1. Plait girls hair or it splits
2. Must do homework before bed
3. Must be in 1 hour before dark
4. Vet TV programmes
5. Don’t let them bite nails
6. Vet boyfriends/girlfriends
7. Keep going to Thornwick with rest of family
8. Be strict with them
9. Check their hair for nits
10. Only one hour a day on computer
11. Make sure Ella has her meningitis boosters
12. Don’t have iron too hot for shirt
13. Don’t leave Ella in bath alone
14. Don’t give them too many sweets
15. Sunblock on hot days

Study Reveals Things We Do To Stay Young