24
SHARES
24
VIEWS
Share on FacebookShare on TwitterWhatsapp
Talking about ex-partners, being rude to waiting staff and having dirty fingernails are among the biggest turn-offs on a first date, a study has revealed.
Wearing ‘bad shoes’ and talking about yourself in the third person also appeared in the top 50 lists of no-nos.

The poll of 2,000 people by e-cigarette pioneers blu as part of their new ‘Six Weeks to Fall in Love’ offer, revealed bad body odour as the top turn-off.
Almost three quarters of adults said it would be their main reason to avoid a follow-up date.
Second place went to bad tempers, followed by lying, acting selfishly and having bad breath. 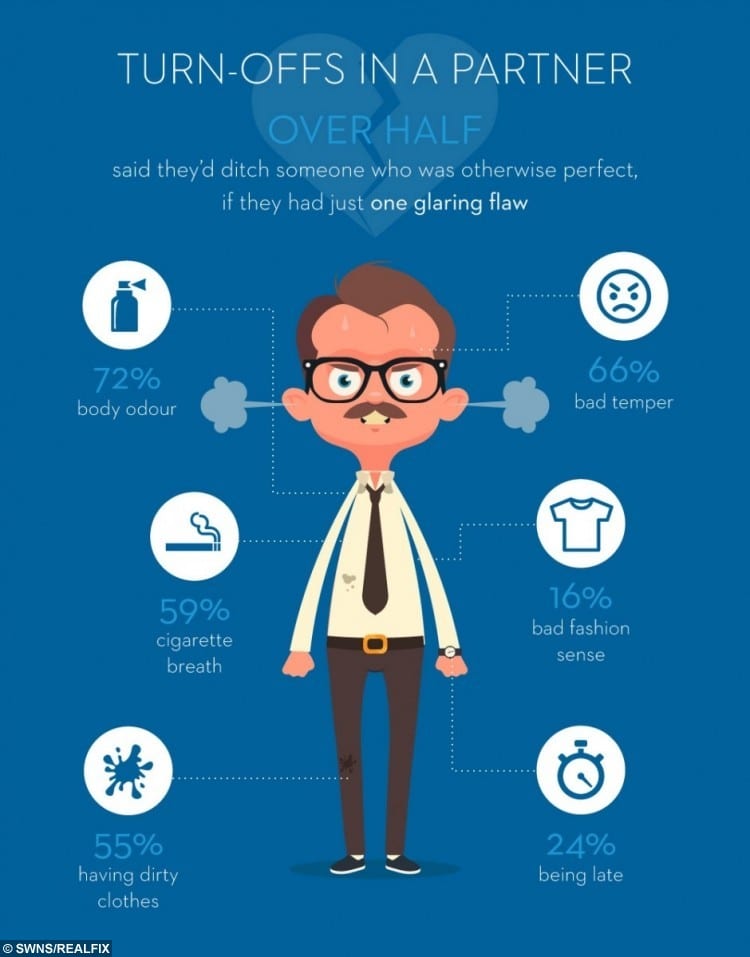 Some people – clearly still haunted by their experiences – logged very specific complaints, including one encounter in which a man went on at great length about his hobby of collecting parrot-shaped ornaments.
Fifty-three per cent said they form an opinion on someone in 15 minutes or less, and over half would ditch someone who seemed otherwise perfect but had one glaring flaw. 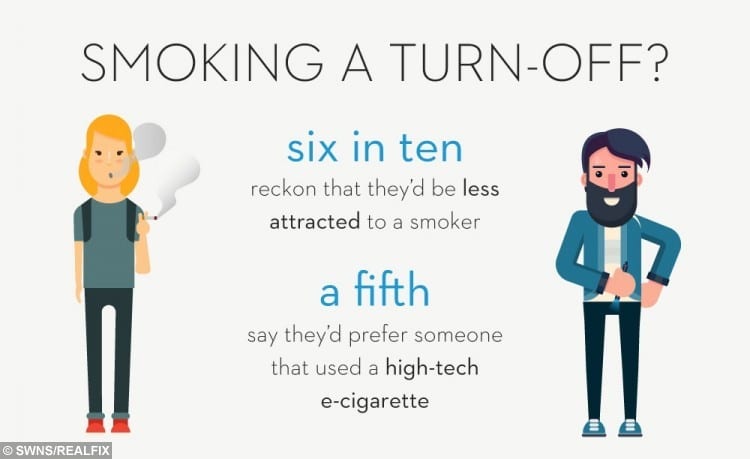 The poll also showed wholesome traits were still valued as the most important qualities in a date, favouring a sense of humour and good hygiene over wealth and fashion sense, with non-smoking also a key consideration in a partner.
Jon Solimando, Brand Director at blu, said: “Between the multitude of online apps, not to mention traditional ways like meeting in a bar or club, Brits now have more options than ever before to help them line up a first date. 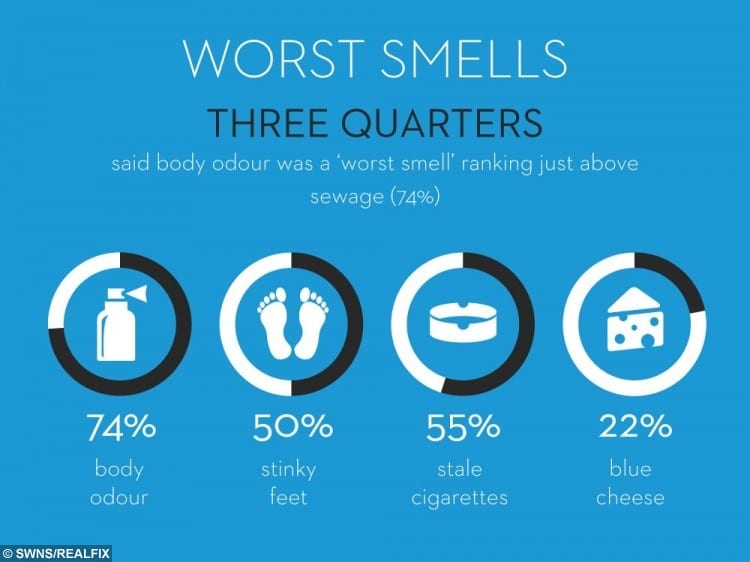 “As an alternative to ‘turning off’ potential dates through smoking, as this research has shown, adult smokers can now get six weeks’ worth of blu products for less than the price of a pack of cigarettes upon signing up at love.blu.com.”
The ‘Six Weeks to Fall in Love’ initiative offers UK adult smokers and vapers an opportunity to try blu e-cigarettes, including a starter kit and ongoing product deliveries over six weeks for less than the average price of a packet of cigarettes.
Adult consumers can self-enrol online (love.blu.com) until November 27, 2016, or receive a personal consultation with blu product experts at Westfield London until November 13, 2016.
THE TOP 50 TURN-OFFS
1. Body odour
2. Bad temper
3. Lying
4. Being selfish
5. Bad breath (cigarettes)
6. Bad breath (unidentified food)
7. No sense of humour
8. Yellow teeth
9. Eats disgustingly
10. Having dirty clothes
11. Being rude to waiters
12. Had nothing in common
13. Dirty fingernails
14. Smoking
15. Smelly feet
16. Talking about exes too much
17. Being sexist
18. Bad fake tan
19. Being jealous
20. Being obsessed with money
21. Took too many selfies
22. Being cheap
23. Bad breath (coffee)
24. Can’t handle alcohol
25. Referring to themselves in the third person
26. Someone who looks at themselves more than you
27. Dandruff
28. Talked about babies/marriage on the first date
29. Someone who doesn’t make you a priority
30. Horrible perfume/aftershave
31. Had piercings
32. Being late
33. Annoying laugh
34. Being insecure
35. A nasal voice
36. Tattoos
37. Bad make-up
38. Friends didn’t like them
39. Bad haircut
40. Bad fashion sense
41. Obviously checking out your body
42. No career ambition
43. Too much perfume/aftershave
44. Big nose
45. Had rubbish taste in music
46. Still living with parents
47. Bad shoes
48. Had rubbish taste in TV
49. Living with parents
50. Wore brace
Previous Post

Dad Who Lost An Eye To Cancer Sets Up New Charity

Dad Who Lost An Eye To Cancer Sets Up New Charity