by RealFix
in Cute, Must Read, Relationships
0

Video grab of the anniversary walk that Ann,85, and Oaklery Gover,87, have taken every year since their wedding 10 years ago. 2018

Two octogenarians who fell in love on a walking track have celebrated their ten year wedding anniversary – with the same walk they’ve done every day since.

Ann Gover, née Thomas, 85, tied the knot to Oakley Gover, 87, after they got to know one another on their daily walks.

Both had lost their long-term spouses in recent years when they met on the Rocky Hollow Walking Track in Somerset, Kentucky, USA, and struck up conversation.

After several months of exchanges, granddad-of-12 Oakley, who is a retired steelworker, built up the courage to ask Ann out on a “no strings attached” date. 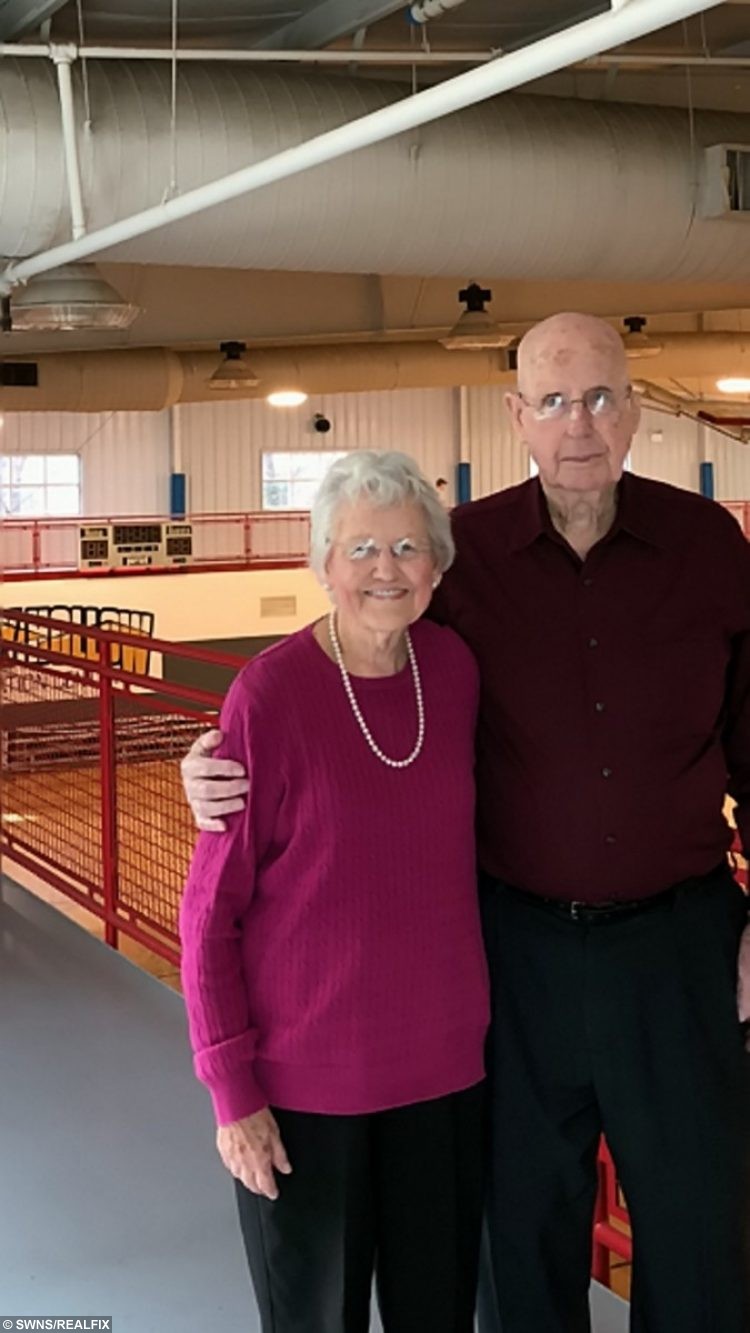 A decade later they celebrated their ten year wedding anniversary with a day like any other, spent strolling around the same walking track that brought them together.

Grandmother-of-seven Ann, a retired nursery coordinator, said: “I wasn’t thinking anything about getting married, I just liked to walk.

“Then, it turned into a romance. I’ve loved two good men in my life – I’m lucky, because some people can’t even find one good man.

“Before we go asleep at night he always kisses me and tells me he loves me. We’ve walked together ever since – we make a point of it.”

When Ann’s husband of 41 years, Carl Thomas, then 68, passed away from a combination of Alzheimer’s and diabetes in 1999, she turned to walking as a distraction from her grief.

Arriving at 2pm each day, Ann would walk four or five kilometres, pausing only to talk to friendly neighbors doing the same laps. 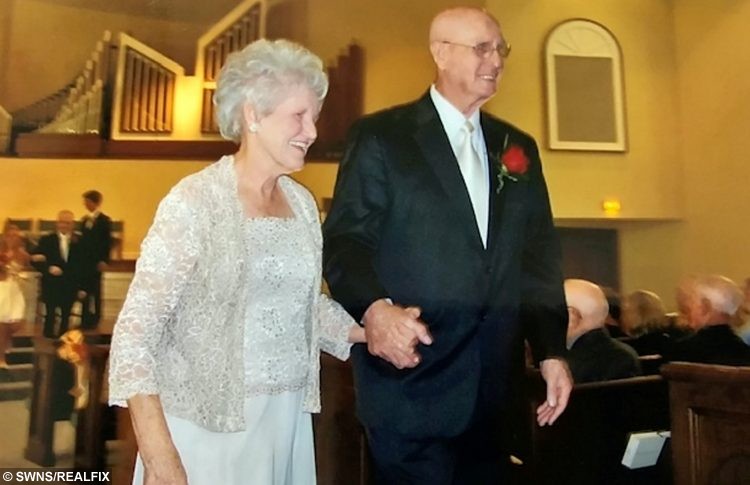 Dad-of-six Oakley, who had lost his wife Jewell Gover five years previously, began to make conversation with Ann when he would see her at the track.

Ann said: “I had seen him on the track a few times. I would walk with anybody that wanted to walk with me. It just passes the time to have somebody walk with you.

“He liked to walk with me if nobody else was walking with me.

“The very first thing I thought about him was, ‘there’s no hair on his head!’ He was completely bald.

“One day I was changing my shoes and he came and sat by me. He asked me if I would go to eat with him, no strings attached.

“From then on we were together every day until we were married.”

Ann, who had three daughters by her first marriage, soon went about introducing her new beau to her friends and family. 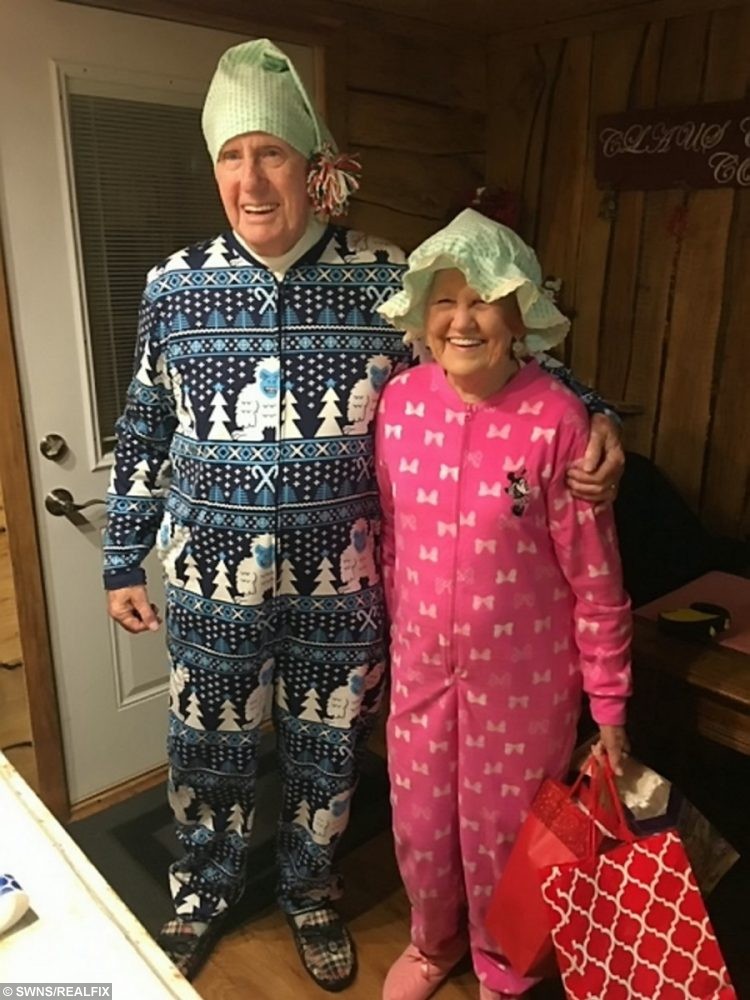 Her daughter Ruth Thomas, 52, a librarian, said: “She would sometimes tell me about him, about walking with him.

“I was glad she wasn’t by herself, and walking kept her mind positive.

“He would pep talk himself up in the mirror for months before he got the courage to ask her out.

“After that they were out every week together, and then she asked the family to meet him.

“I’m not going to lie – at first, it was weird seeing her with someone else. But, they are so good for each other.

“Nobody needs to be alone, especially when you’re older. They’ve both had 10 years of not being alone.” 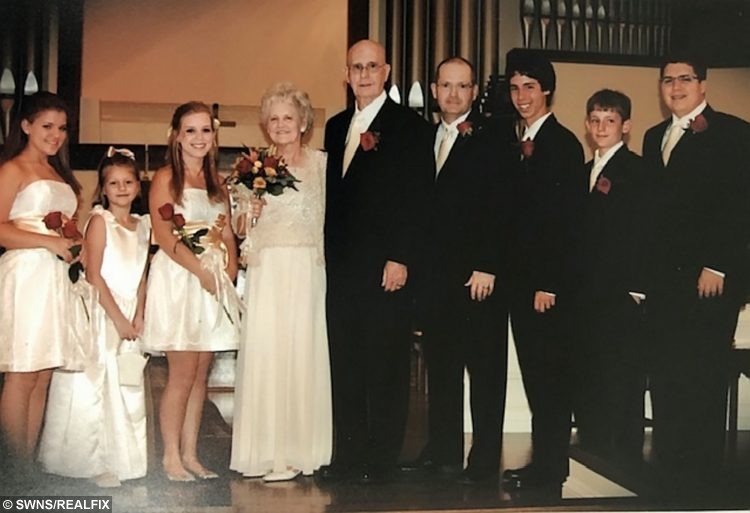 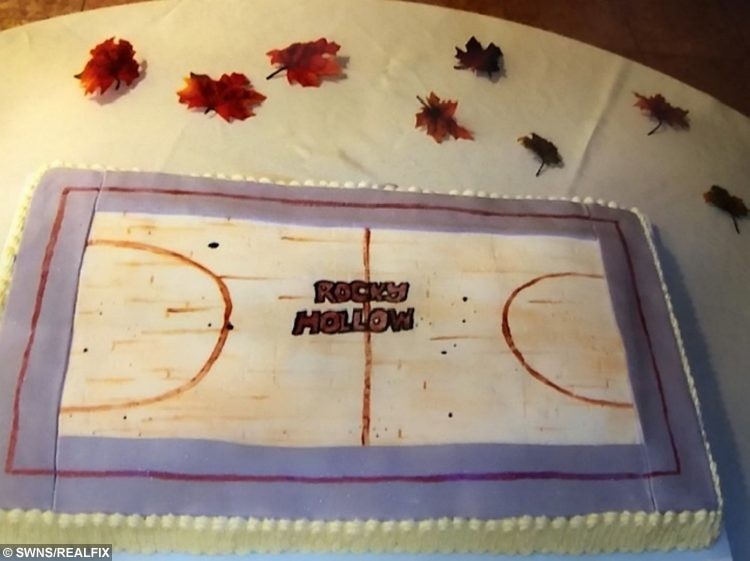 The ceremony took place in their local church in Somerset, and afterwards the happy couple cut into a wedding cake that had been modeled on the serendipitous Rocky Hollow Walking Track.

On October 18, 2018, the pair celebrated their ten year wedding anniversary with their daily excursion to the walking track.

Over the last decade, Oakley’s memory has begun to falter, and Ann’s eyesight has deteriorated, leaving her partially blind.

Ann said: “I tell him that I’m his memory and that he’s my eyes.

“He sometimes forgets where things are or to turn things off, and I oftentimes need a magnifying glass to see with.

“But, we are very happy. I took care of my first husband, and if needs be, I’ll take care of him.

“We always look out for each other, and he’s been a good husband. He says he loves me so much that fort knox doesn’t have enough gold. He calls me his sweetie.

“We all get along real good and share everything. If he had one candy bar, he would split it with me.

“He opens all the doors for me when we first met, and still does today. We go for a walk at the same time, everyday, throughout the week. Oakley always lets me walk in front – he’s a gentleman.”