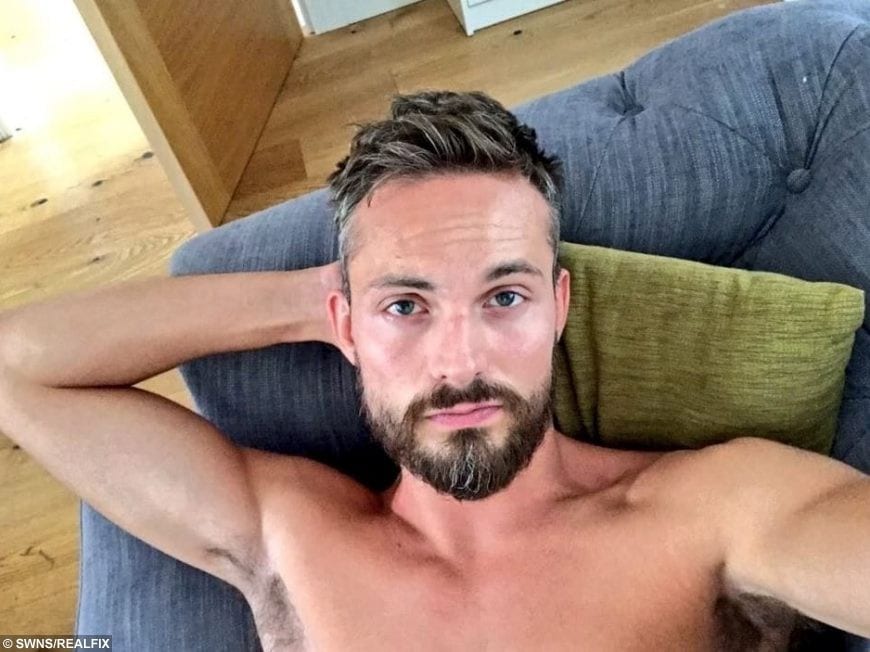 A gay man claims his Uber driver told him to “stop kissing” his date on the backseat – “because she’s a Christian”.

Finn Davies, 32, had booked the taxi through the app after meeting a man at party last weekend.

Both he and the man agreed to share a cab as they both lived the other side of London and were keen to keep the fare down.

They hopped in the cab at 3am and while sitting next to each other in the back seat shared a kiss.

But seconds later Finn claims the female Uber driver turned around and told them “don’t do that please, I’m Christian”.

The pair stopped and Finn said there was “an air of silence” in the taxi, which made him feel unwelcome to continue the journey to the second stop.

They both jumped out at the first stop in Hackney, east London and told the driver to cancel the second stop to Stratford.

He has since hit out at the driver’s conduct, dubbing her behaviour “unacceptable”.

Uber apologised and has launched an investigation.

Finn from Stratford said: “I just felt embarrassed as if I had done something wrong.

“And I felt guilty I had upset the Uber driver.

“But thinking about it it’s just not on.

“I’ve had people say it’s her car, so it’s her rules which is fair enough.

“Hey maybe kissing in the car was bad taste.

“But she could have said she felt uncomfortable and we would have stopped.

“Instead she used her religion and that makes her homophobic.

“You can’t just pick and choose the parts you want to use.

“I doubt she takes to the streets on a regular occurrence to stone adulterers.

“I’m pretty sure it says love thy neighbour in the Bible too.”

Finn booked a taxi at 3am last Sunday (26) after a house party in east London.

He said both he and his friend decided to share a cab as they both lived in East London.

They hopped in the back of the car and Finn claims they had both been having a friendly conversation with the female Uber driver for most of the journey.

Five minutes before the two were due to part ways, Finn and the other passenger shared a kiss.

But seconds later they were told to stop because of the driver’s religion, it is claimed.

After stopping Finn said the other passenger sent him a text reading ‘This is awks’, and the pair jumped out at the first stop and cancelled the rest of the journey.

The next day the Google construction manager lodged a complaint with Uber customer service but claims it has not been resolved as he is yet to receive an apology.

He said: “I decided to get out the same time he did as I just didn’t want to stay in there.

“When we got out she didn’t show any remorse or feel guilty.

“I just can’t believe it.

“I phoned them up to get it resolved. I just got an automated response and a refund. There was no sign of an apology.

“I use it every weekend and I’ve never experienced anything like this before.

“The point I want to make is it was obviously a homophobic remark as she used her religion as a weapon.

“I just wanted an apology. I couldn’t really care about the £12 journey.

“An apology is all I was looking for.”

An Uber spokeswoman said: “What has been described is totally unacceptable.

“Uber has a zero tolerance policy towards discrimination of any kind and we are currently investigating this incident.

“Any driver found to have violated this policy faces permanent deactivation from the app.”

« Previous post Nurse With Terminal Cancer Told She Had Just Months To Live Has Returned To Work - TEN Years Later
Next article » ‘Single? Date Mark’ - Single Man Bought Massive Billboard In An Effort To Get A Date