This is the moment a man proposed to his girlfriend as she was on the operating table – by placing a ‘Mummy, will you marry my daddy?’ vest on the baby she’d just had.

Jordan Gaskell, 27, proposed to his partner Shauna Horrobin, 25, after she gave birth to their daughter Lottie Melissa on October 26.

Jordan knew Lottie’s birth was a risk so decided to take the perfect moment to surprise her with a proposal just minutes after she bravely gave birth. 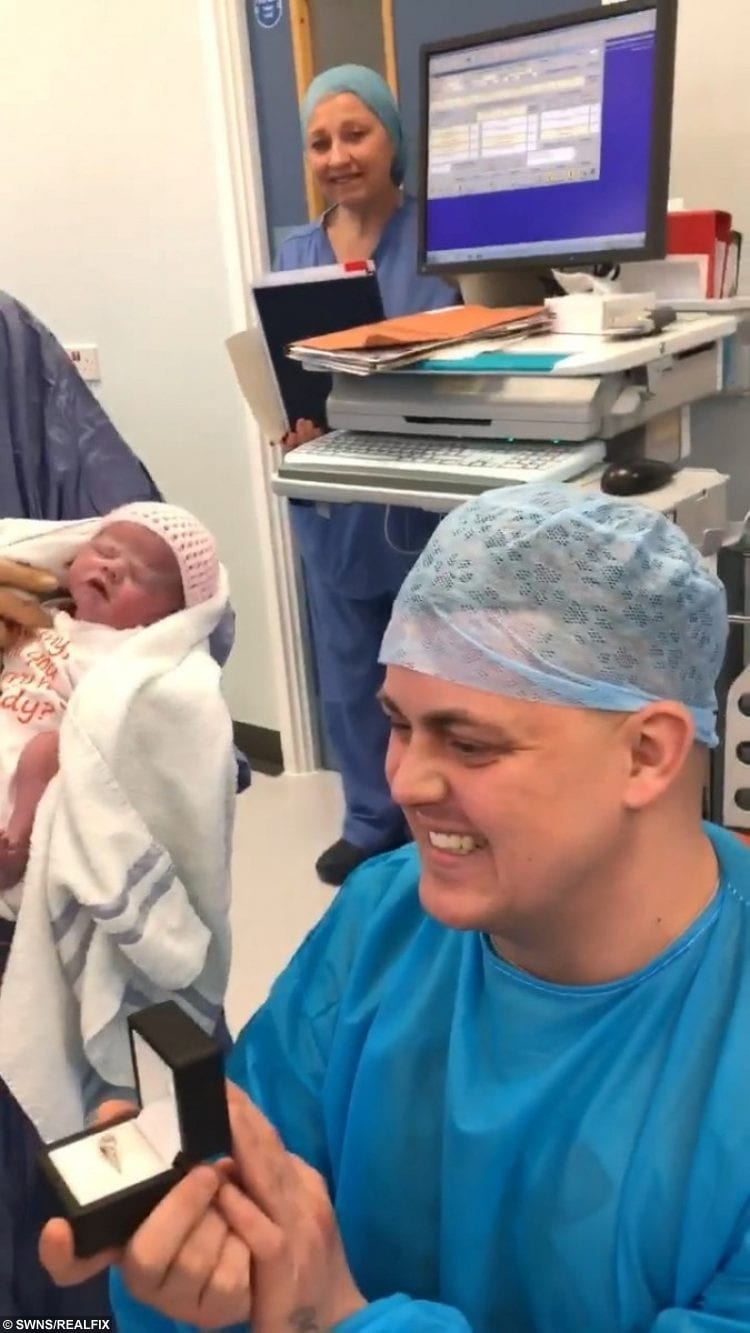 The heart-warming video features the moment Jordan dropped to one knee while midwives passed Shauna their baby dressed in a vest featuring the words, ‘Mummy, will you marry my daddy?’

Jordan presented the white gold diamond engagement ring while Shauna – who was still on the operating table following a cesarean – started crying as she accepted the proposal.

The couple, from Wigan, Lancs., had been friends for more than 12 years and got together a year ago.

They both have children of their own – Jayden, seven, Frankie, five, and two-year-old Freya – and Lottie is their first child together. 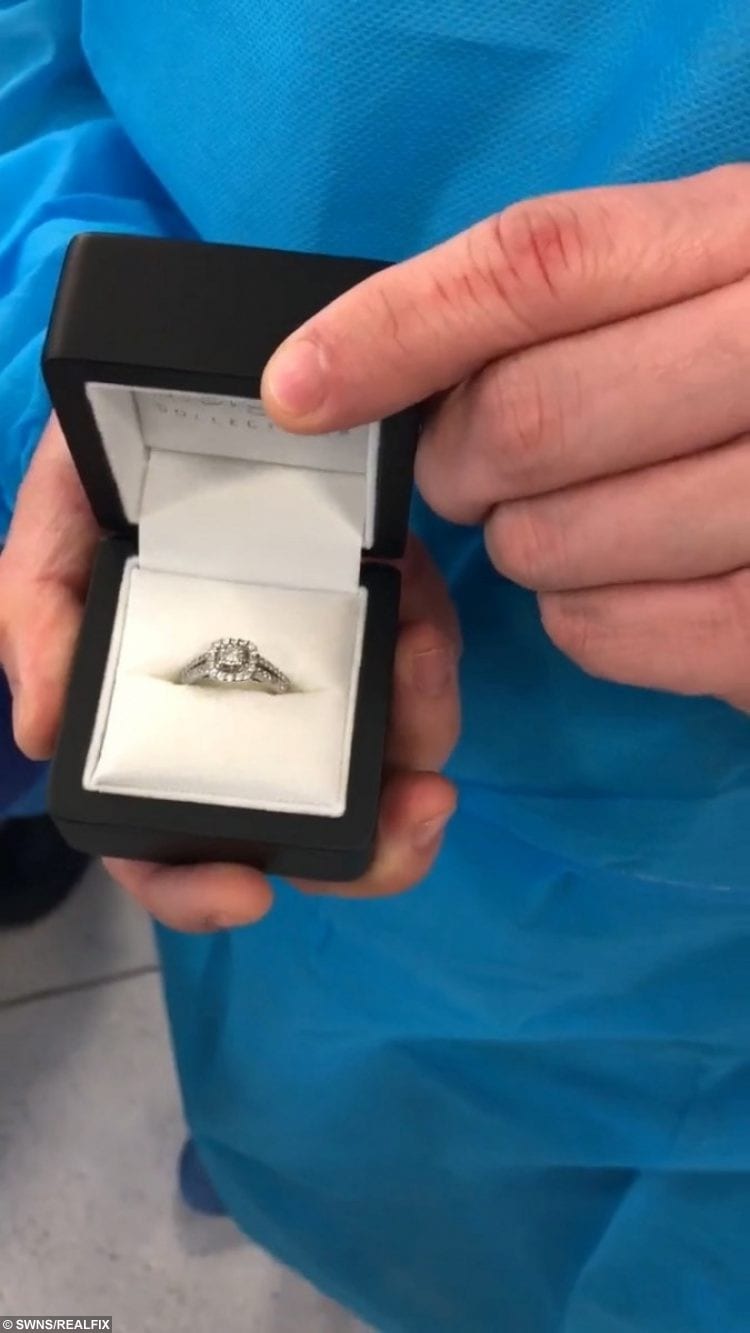 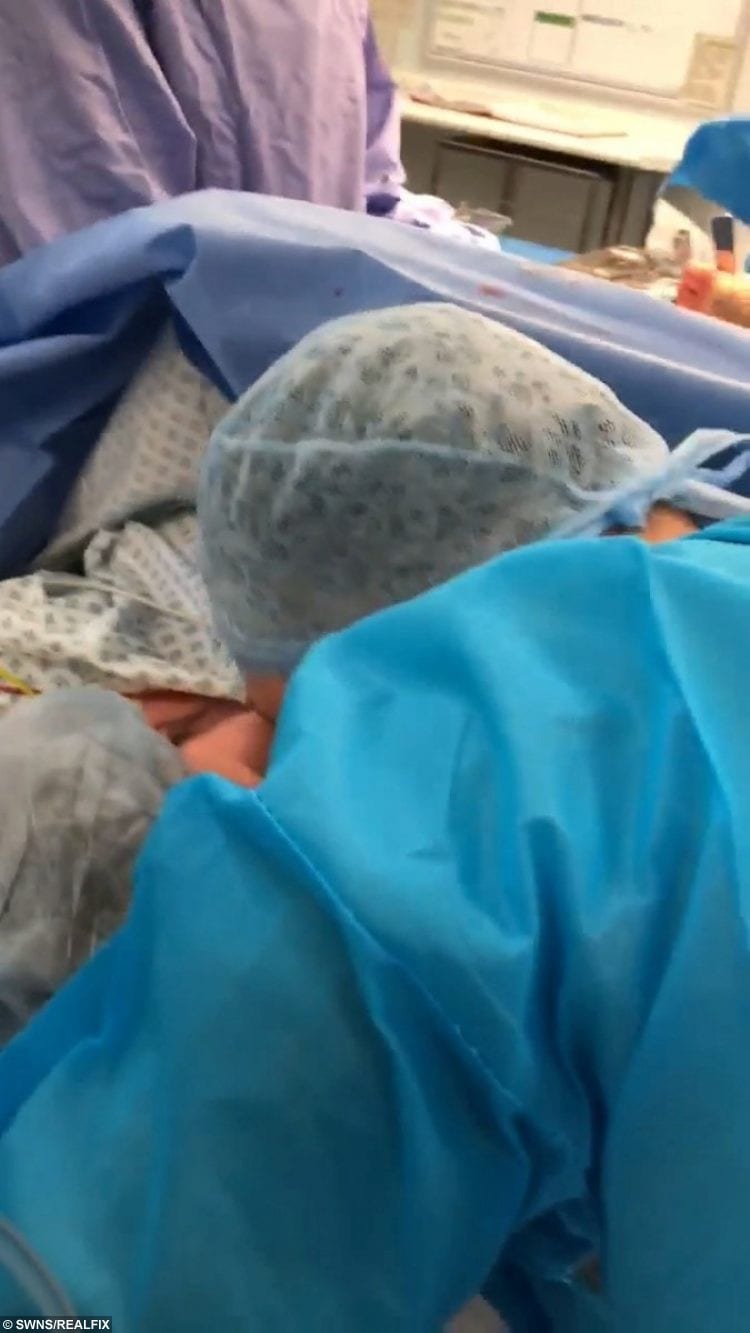 Jordan said: “I planned it a few months ago. Shauna’s other pregnancies have been life threatening so we are very lucky.

“Lottie is doing brilliantly, we are so happy.”

It was also a surprise for midwives on the maternity ward, who had never experienced a similar proposal before.

“It was a lovely experience, only to be topped off by the birth of a beautiful baby girl.”