HomeMust ReadRelationshipsLove me do! Beatles fans give their wedding guests a mysterious Ticket to Ride 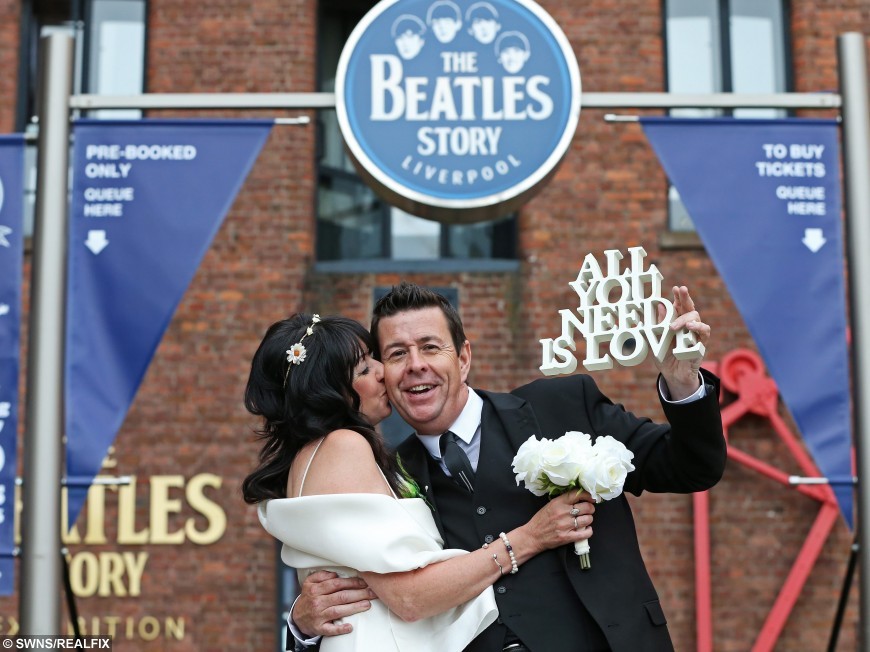 This couple proved all you need is love when they became the first people to wed at an attraction dedicated to the BEATLES.

Phil and Julie O’Connor, 50, tied the knot at The Beatles Story museum in Liverpool to mark their love for one another and the iconic rock band. 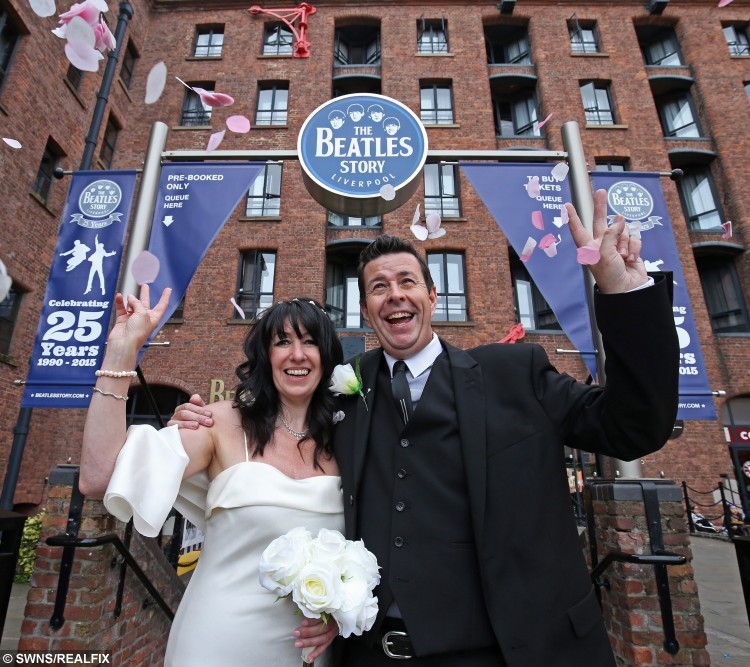 Their nuptials were held in the ‘John Lennon White room’ with a reception in its replica Cavern Club — reflecting the place where Phil popped the question.

Security worker Phil, 49, said: “We both grew up listening to Beatles music and we met thanks to a mutual connection with a Beatles tribute act.

“One night I proposed to Julie on the stage of the Cavern Club in Liverpool and the rest is history.

“Our wedding was just fantastic and it meant a lot to us both to be able to get married at a venue which has such a special place in both our hearts.” 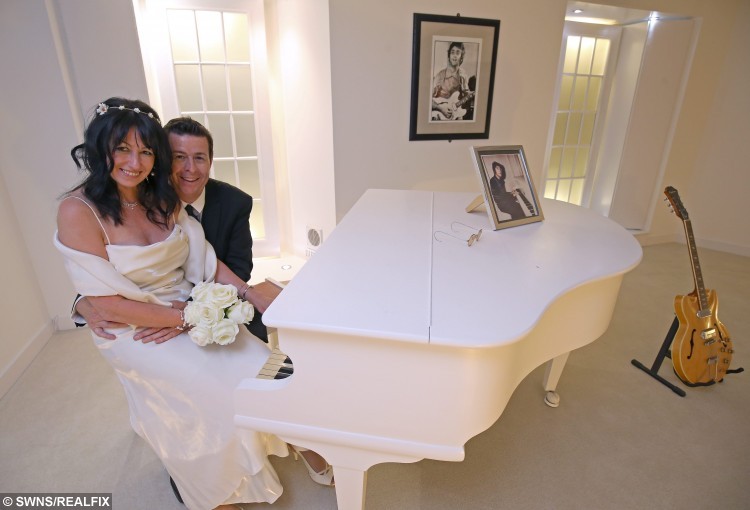 All you need it love

The couple, from Thornton-Cleveleys, Lancs., kicked off their celebrations before the big day when they invited their guests to their ‘Magical Mystery Wedding’ with a ‘Ticket To Ride’, which allowed them to request a seat on a coach to the special venue.

Guests were treated to the chance to explore the Albert Dock museum during the festivities, as well as a Beatles-themed cake and a full evening buffet.

Phil and Julie, who have been together for two years, completed their quirky celebrations with one of the Cavern’s resident Beatles tribute acts Made in Liverpool playing for the party.

Phil added: “We were even more excited about the day when we heard we were the first couple to have been married at the amazing venue. We’d recommend it to any Beatles fans.

“Our guests loved it and were overwhelmed by it all, we’re still getting messages about the day.” 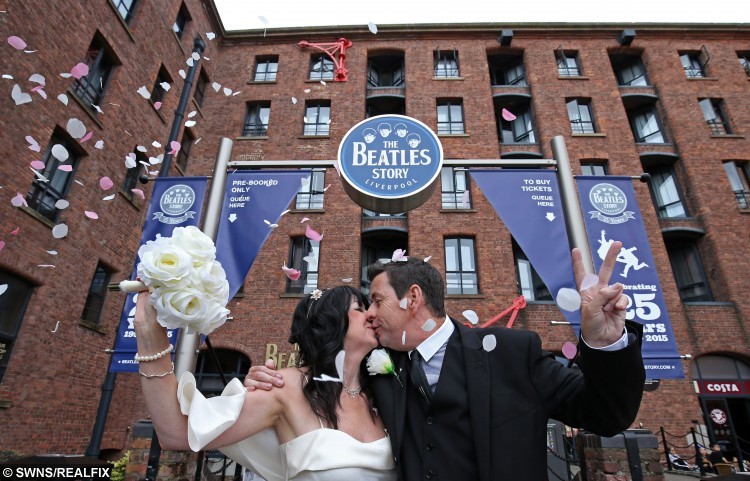 « Previous post Brave schoolgirl born with brain tumour has feet deliberately broken by doctors
Next article » After being rejected over her 'terrifying' eyes Pops finally finds a home!