An elderly couple have finally tied the knot after 35 YEARS of unmarried bliss – so they can be “in heaven together”.

David Wiese, 77, popped the question to Carolyn Gabbard, 83, when she was moved to a hospice after suffering a stroke.

The bride and groom, who have 17 grandchildren and 25 great grandchildren between them, exchanged vows in front of 40 friends, family and fellow residents at the RiverStone Health Hospice Home in Billings, Montana, USA.

The bride quipped it was “about time” as she finally celebrated becoming Mrs Wiese. 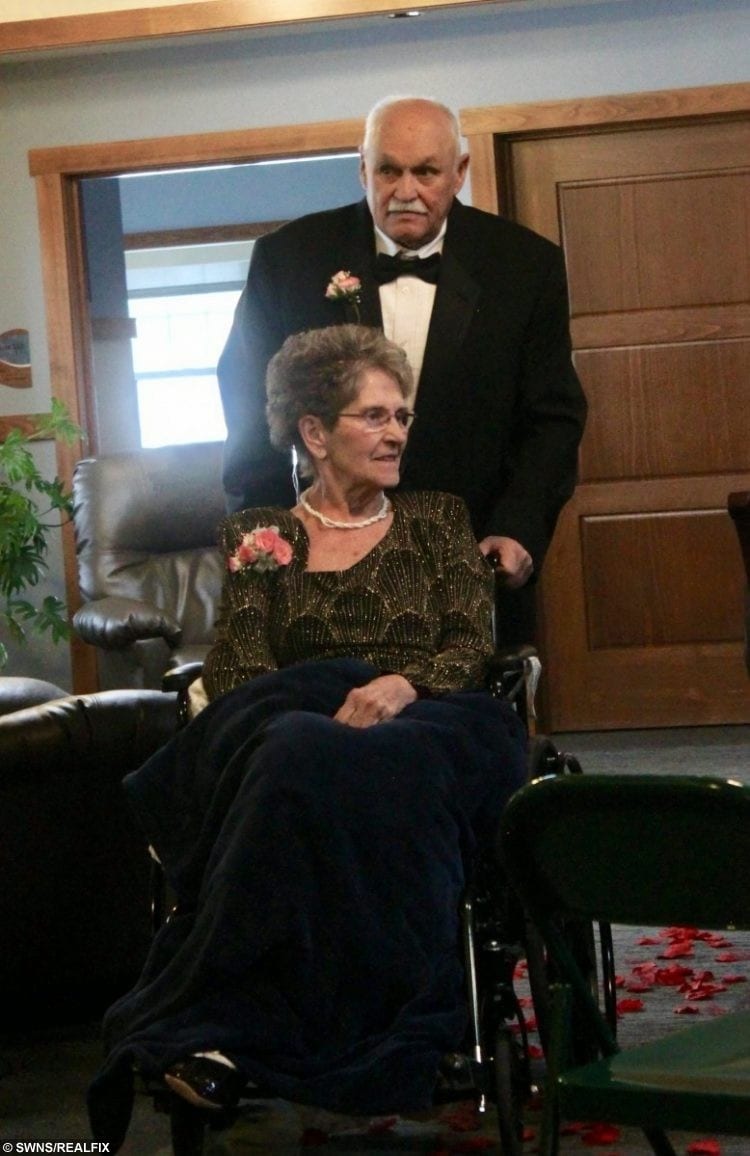 David, a retired delivery driver, said that although he has lived with Carolyn for the last 35 years, he believed the belated marriage would also unite them in heaven.

David explained: “I’ve considered myself married to her for all these years.

“That’s the way that I conducted myself.

“But I wanted to be with her in heaven too, and now we can be.”

The tardy groom admitted that he waited so long to pop the question because he had already been divorced four times when he began dating Carolyn in 1983.

He said: “The reason we didn’t get married before now was because it hadn’t worked for me in the past, I was afraid it wouldn’t work again.

“It took me a long time, but I finally got past that.”

When he proposed to Carolyn in her hospice room on February 5, she immediately said “yes”.

The couple planned their wedding in just three days, with the help of friends, family and the hospice’s staff.

Staff members baked a cake decorated with red roses, styled Carolyn’s hair and helped her with her manicure.

Carolyn’s daughter Carrie Ringer, 55, a utility clerk, from Billings, Montana, was at the wedding on February 9 [2019].

She said: “I am ecstatic. I’m so grateful I got to witness it.

“I’m tickled. He’s always been a part of the family and I’m glad that he made it official.

“It was a gorgeous wedding.

“They did her hair and put lipstick and rouge on her.

“The dress was perfect and Dave looked dapper in his tux.

“They put rose petals down the aisle where he wheeled her down.

“You could feel the love, it was absolutely amazing.” 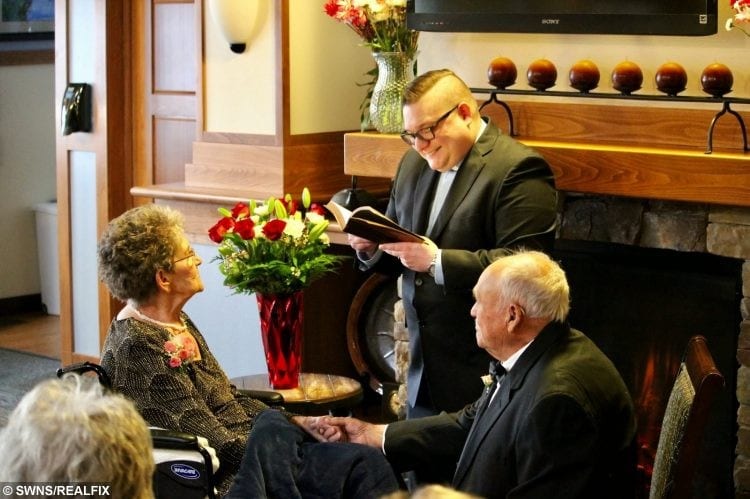 The blushing bride has three sets of twins and another child from a previous relationship: Don and Dave, both 63, Doug, 61, Wendy, 57, Connie and Carrie, both 55, and Sue who passed away a few years ago at the age of 50.

Carrie, Connie and Don attended the ceremony while Wendy and Dave watched via Facetime.

Groom David, a dad of four, said: “I asked Carolyn to forgive me for us not getting married before.”