A student who asked boys on Tinder to woo her with poems in return for a date has declared ‘romance is dead’ – after receiving a string of immature and seedy responses.

English literature undergraduate George Arkley, 20, promised a Valentine’s Day date to the sender of the ‘most romantic poem’ but had to go back on her word after reading the replies.

George was greeted by everything from painful pledges of everlasting love and promises of heroism to death threats and creepy comments.

The most concerning response read: “Roses are red, violets are blue. Love me today, or I’ll kill you.” 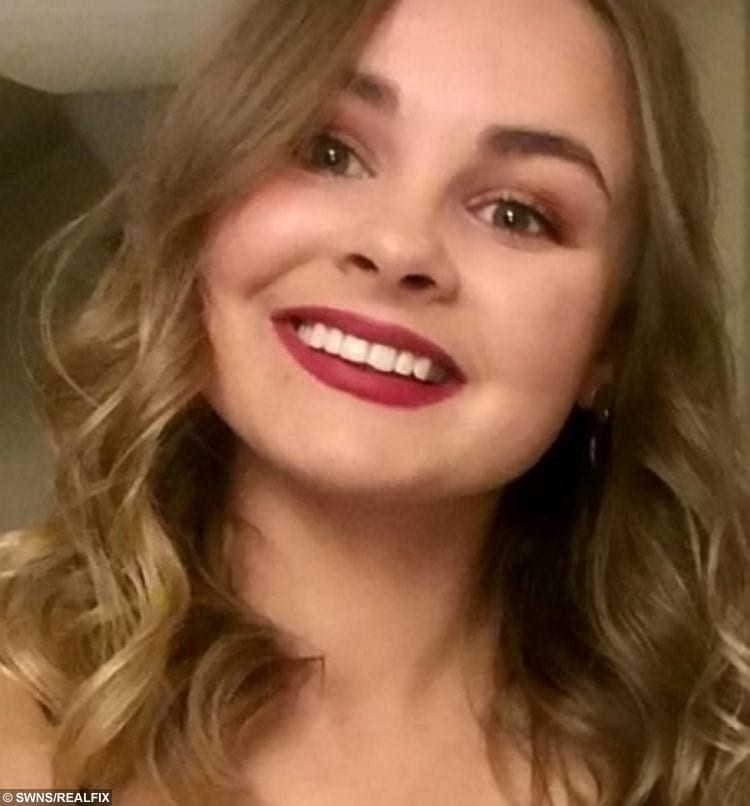 One creepy user wrote: “I wish I was your mirror, hanging on your wall.

“Cos every time you get undressed, guess who’d see it all?”

Another said: “Violets are blue, roses are thorny.

Another user decided to just copy and paste the chorus from Enrique Iglesias classic love song ‘Hero’ and click send.

On the other end of the spectrum was a desperate young man who claimed George’s message and picture alone had turned his ‘boring life’ around.

He channelled his inner Wordsworth by describing her as having ‘hair of golden curls’ and ‘a smile to rival the brightest pearls’.

George, a student at the University of Leeds, used dating apps Tinder and Bumble to carry out the unusual experiment.

The story first appeared on student news site The Tab. 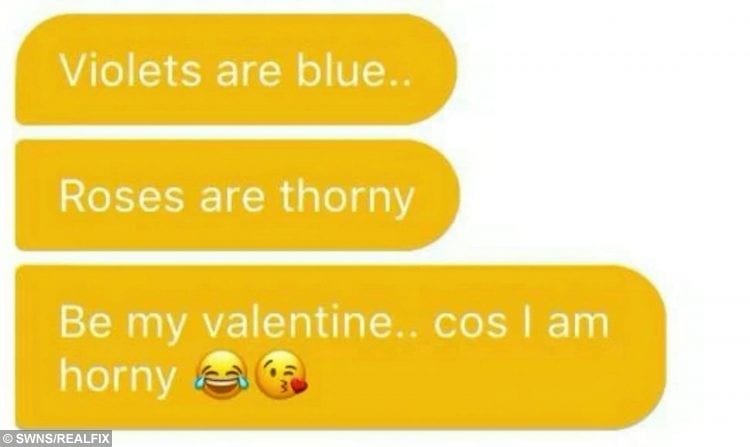 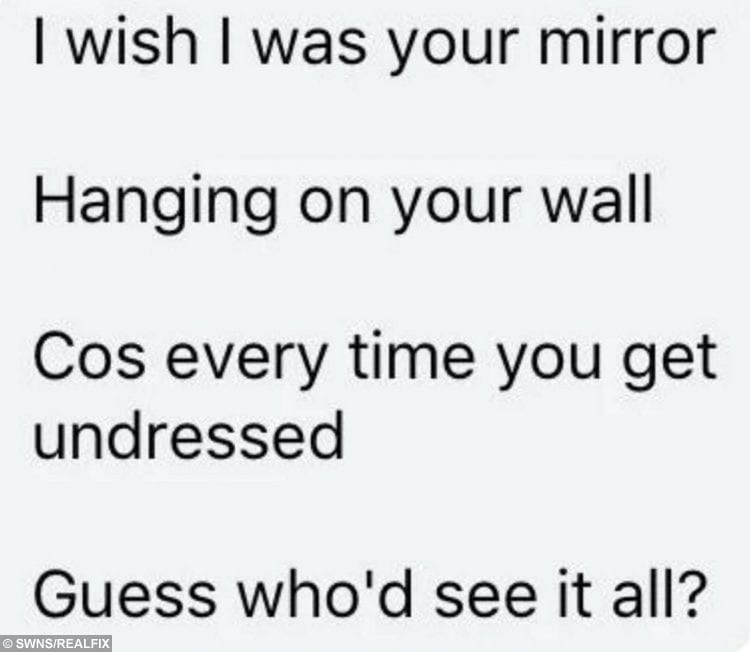 George said: “It’s Valentine’s Day and I’m bored of waiting for boys to up their graft and ask me out on a date.

“It’s time to take matters into our own hands ladies, and start asking them out first.

“As punishment for their truly shocking flirting skills, I asked boys on Tinder and Bumble to send me their finest poetry.

“I want to be romanced with roses, Shakespeare and a cheeky bottle of prosecco but seeing as that is clearly too much to ask in 2019, I decided to play the boys at their own game. 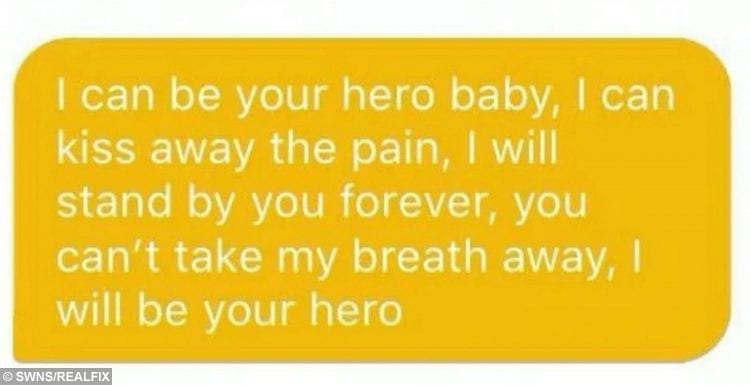 “I told them to send me their most romantic poem and, if I liked it, I would go on a date with them.”

After reading all the replies George declared: “That’s it, I’m deleting Tinder and Bumble for the ten millionth time.”

It looks like she’ll be spending the night alone this evening.