Taking the plunge! How could anyone say no to this proposal?

Rebecca May Cressey's engagement ring. See Ross Parry copy RPYAQUA : A man took the plunge and proposed to his girlfriend while they were swimming with sharks. Rebecca May Cressey thought they were just going diving for her birthday, but Steven Purdiew had enlisted Skegness Aquarium staff to help him propose. Miss Cressey saw a board asking "Will you marry me?" then put her thumbs up to say she would. The couple, from Somercotes in Derbyshire, now plan to get married in a year or two.

A loved-up boyfriend risked being bitten more than once when he took the plunge and asked his girlfriend to marry him – while diving with SHARKS.

Steven Purdiew, 30, came up with the risqué plan to pop the question to Rebecca May Cressey, 23, while scuba diving.

He managed to get her to Skegness Aquarium, Lincs., on Saturday after telling her he had arranged for her to swim with sharks for her birthday. 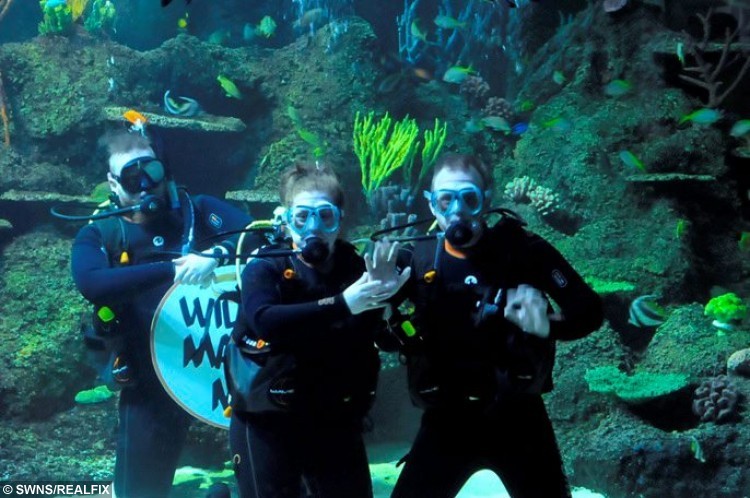 Steven managed to get staff from the aquarium on board to help him ask for Rebecca’s hand in marriage.

As the couple climbed into the tank Rebecca saw a board staff had erected asking “will you marry me?”.

Rebecca put up her thumbs to confirm she would.

Steven and Rebecca, from Somercotes, Derbys., who will celebrate being together for three years in January, plan to get hitched in a year or two.

Rebecca, whose birthday was on Monday, said: “I suspected something when I saw that my mum and dad were there because I knew they weren’t supposed to be there and then I saw them through the glass window.

“I just wanted to cry but I thought I’d best not cry because I was concentrating too much on breathing you see, it’s quite difficult.”

Steven said: “The staff had a board made for us with a question on it because obviously you can’t talk very well under the water.

“I thought Rebecca would have said yes because I think she’s been hinting for a long enough time.”

Scuba diving novices Steven and Rebecca went for a meal to celebrate their new-found engagement after emerging from the tank.

Stacy Adams from Skegness Aquarium said: “We were all very excited for them and wish them ‘best fishes’ for the future.” 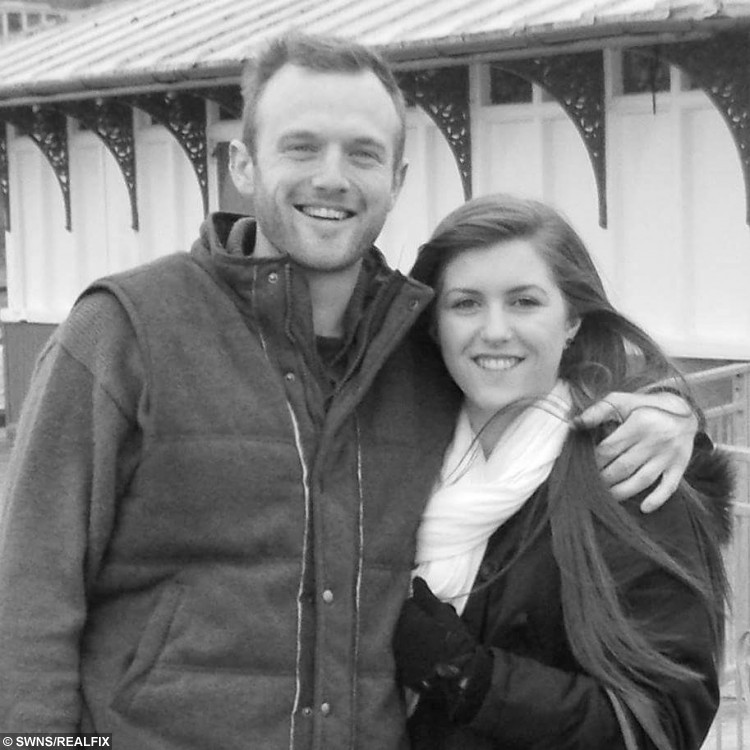