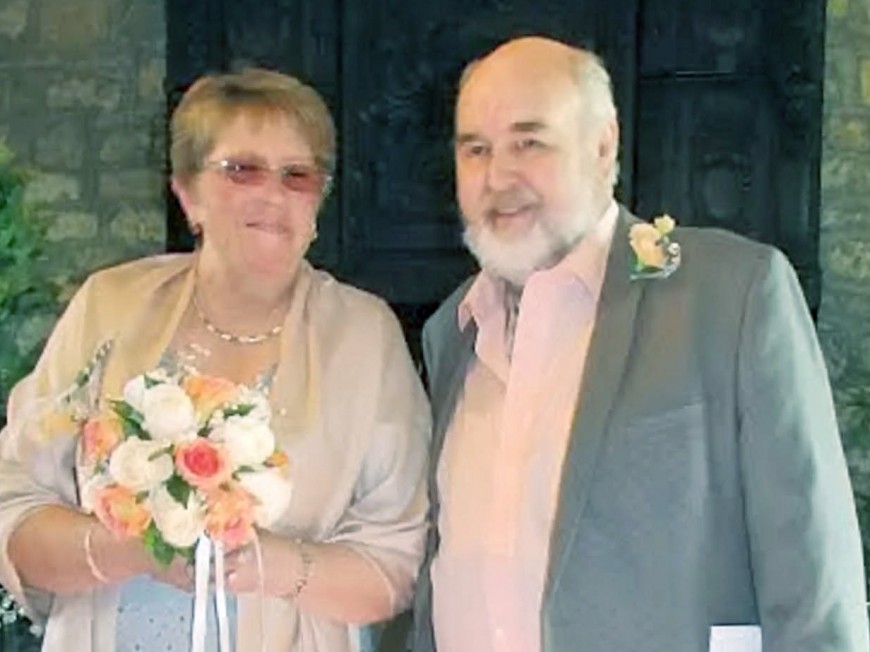 A couple with terminal cancer have put their chemotherapy on hold – to get MARRIED.

Barrie Ackland and Suzanne Bowditch decided to tie the knot after 22 years of engagement when they both learned they had the big ‘C’ just days apart.

The pair, both 60, received the dreadful news in July – with Suzanne finding out she had lung cancer a week before Barrie was diagnosed with asbestos-related mesothelioma. 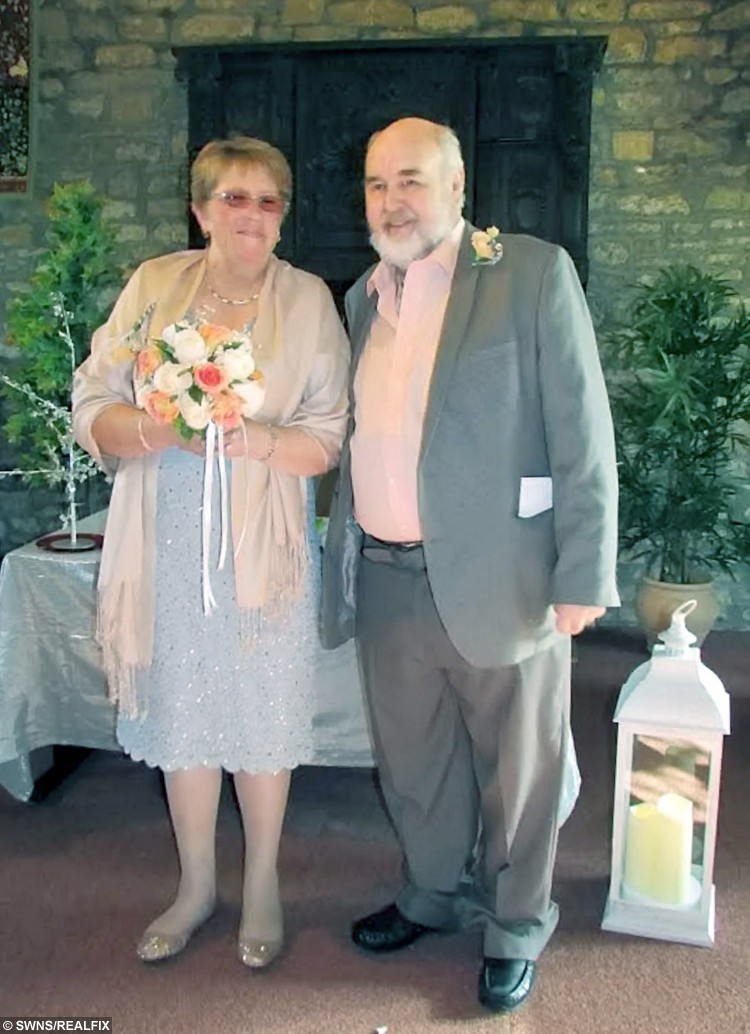 Barrie and Suzanne on their special day

While Barrie was told he had just five months to live, Suzanne opted not to know how long she had left – but they realised their time to tie the knot was running out.

So when Barrie was admitted to hospital after his first round of chemo, Suzanne took things into her own hands and planned the whole wedding – in just EIGHT DAYS.

Loom mechanic Barrie, of Yeovil, Somerset, said: “We got married because we found out we were going to die.

“We have been together for 26 wonderful years and had always intended to tie the knot but our lives were so busy with children and our work that we simply did not get round to it earlier.

“Suzanne was diagnosed first and I was diagnosed a few weeks later. We just decided we were running out of time and had better get on with it.

“We organised it all quite quickly.

“We had one lot of chemo and I had a really bad reaction to it, which put me in hospital for eight days.

“In those days Sue organised the wedding, and the whole family mucked in.”

Barrie married Suzanne, who worked in accounts, at an old abbey in Yeovil, and a reception was held for family and friends afterwards at a country barn. 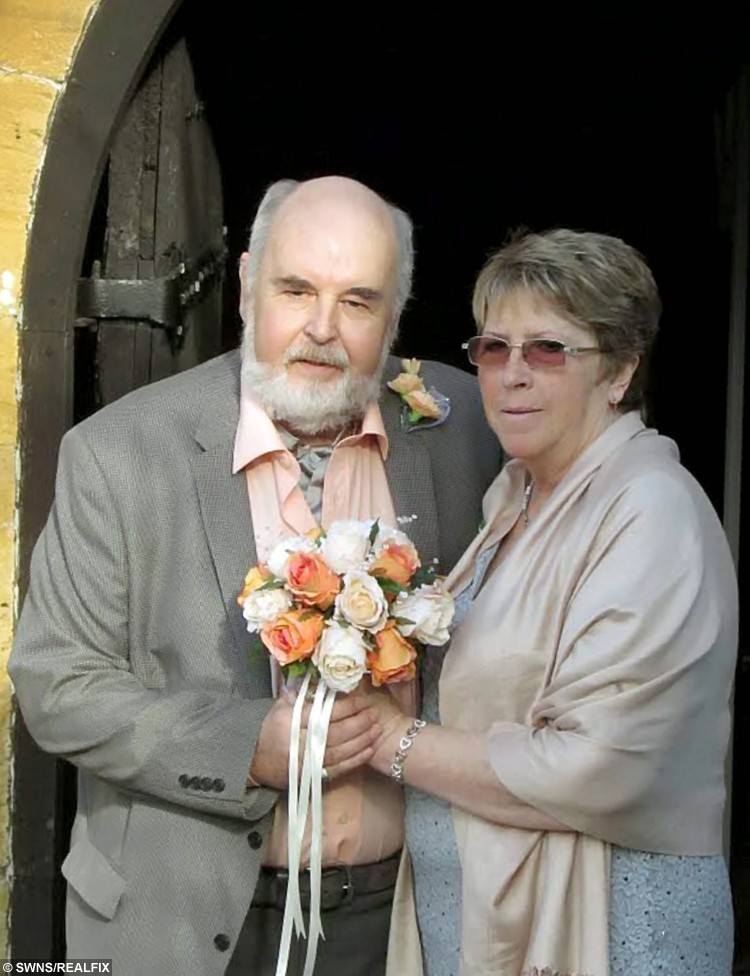 They couple have been together 22 years

Barrie said: “It was lovely.

“The only problem was that the venue didn’t have a lift and the room we got married in was upstairs.

“I can barely breath, so I had a hell of a job getting up there. But the place was absolutely fantastic.

“It couldn’t have gone any better. The sun was shining and Suzanne looked lovely in a silver dress and shawl.

“It was a perfect day. I had looked forward to it for so long.”

“There were a few tears from Suzanne, which surprised me after all these years together, but it was lovely to finally tie the knot.”

Barrie and Suzanne are both having chemotherapy at Yeovil District Hospital, but put it on hold until the end of September so they could enjoy their big day last week (12/09).

It is likely that Barrie, who now works at a glass factory, was exposed to asbestos when he worked as heating and plumbing labourer.

People can develop mesothelioma 40 or 50 years after first coming into contact with asbestos dust.

« Previous post The controversial classroom task that left pupils in tears
Next article » Bumper Basset Delivery! No one was expecting this at all...