The romance that caused a national scandal survives 60 years

David & Janet Sant who eloped to get married in Dumfries 60 years ago & have recently celebrated their diamond wedding anniversary. See NTI story NTIWED. A couple who hit the headlines 60 years ago when they ignored their parent's wishes to secretly marry in Scotland have proved they did know best by celebrating their diamond wedding. David Sant, now 80, and his wife Janet, 77, left Hereford for Dumfries in December 1955 after neither of their parents approved of their relationship. The couple had been together a year when Janet, then 17, became pregnant and – fearing the reaction of her father – the pair fled to Scotland on the train.

A young runaway couple who caused a national scandal when they eloped in 1955 have proved love conquers all – by celebrating their 60th wedding anniversary.

David Sant was aged 20 when he fled to Scotland to wed his teenage bride Janet, then aged 17, after she fell pregnant.

The couple – who had only been together for a year – left their Hereford homes and their jobs behind and travelled more than 275 to Dumfries on December 2, 1955.

But Janet’s furious dad Bert followed them to Scotland, where they managed to elude him for three-and-a-half weeks by staying in an out of the way guest house.

They also managed to evade a pack of newspaper reporters who spent weeks hunting Gretna Green – famous for young couples tying the knot.

In 1955 couples could get married in Scotland aged 16 without parental consent while the age was 21 in England.

On December 27, 1955, the couple got married in secret at a Registry Office in Dumfries before catching the train back to Hereford where they told their furious parents.

But the couple proved their doubters wrong and have just celebrated their 60th wedding anniversary.

David, 81, said yesterday (Thurs): “I met Janet at the dress shop where she used to work. I walked past and smiled at her and she smiled back so I went back later to chat to her.

“We fell in love instantly and had a passionate relationship.

“But in those days you didn’t have sex before marriage and we would have been despised if we’d stayed in Hereford. You were ostracised if you had a baby out of wedlock.

“When she told me she was pregnant I was terrified. We both decided we had to leave as soon as we could.

“Her father would have killed her and my mother disapproved of us being together. He was violent.

“He drank and used to beat his wife. He fought in the army during the Second World War and something changed him. I was very wary of him.

“My mother didn’t want me to marry her and thought that it wasn’t a good family to marry into.

“She even told Janet that I was a wanderer and would never get anywhere in life.” 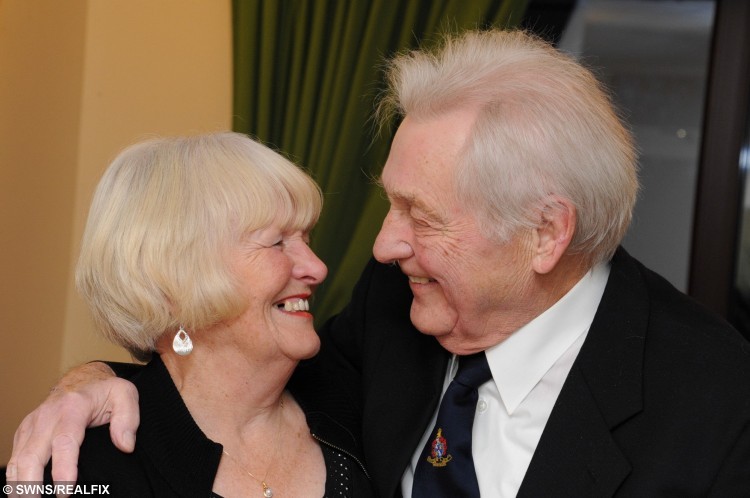 “I saved up about £60 over six weeks – which was like £2,000 in those days. I sold my shoes, bicycle and every possession I had to save up for our escape.

“I even sold a pair of shoes the Duke of Gloucester once gave me because they didn’t fit him. We tried to raise every penny we could.

“As we were running for the train in Hereford one of Janet’s heels on her shoe broke.

“We caught the train to Carlisle and then hopped on another train without a ticket to Dumfries.

“We avoided Gretna Green because we knew that would be the first place Janet’s father would look.

“When we got on board some squaddies told us about a guest house called Jeanville Lover’s Walk. It was basically a shelter for runaways who wanted to get married.

“Bert came looking for us but he couldn’t find us because he was in Gretna Green.

“But then we saw our pictures in the newspapers and heard he was looking for us.”

“We couldn’t afford to live on the wages I was getting so we decided she should get married as soon as possible then head home.

“When we got back there was nothing he could do because we were married and she was my wife. We stayed away from them and started building our own life together.”

When they arrived back at Hereford Railway Station a journalist was waiting for them and persuaded them to accompany him to a hotel where he interviewed them.

They were paid £30 for the story – the equivalent of £1,500 today – and used the money to rent a friend’s room while David – a qualified electrician – searched for work.

Within a few months he was working two jobs to support his pregnant wife and pay for the rent on a cottage.

She gave birth to their baby girl Davina in June 1956 and the couple went on to have another child, two grandchildren and one great-grandchild together.

Despite their happiness, the brave couple never found acceptance from Janet’s dad, or David’s mum Rose.

“We never made our peace with Bert, which is a shame.

“He would mouth things at us in the street when he saw us and he never came to visit his grandchildren.

“He was wrong about us and we proved him wrong. He knew it.

“My mother disowned me after we ran away. She was mentally ill and committed suicide in 1959 at the age of 53.” 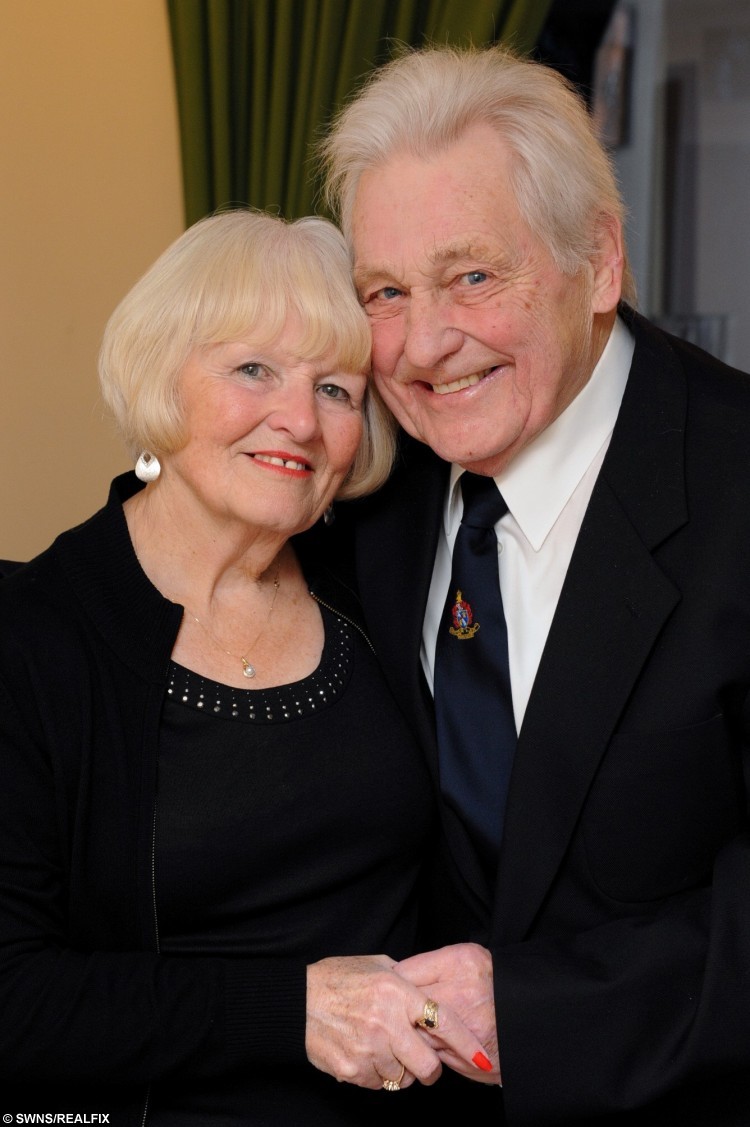 “My father Abel was an engineer. He passed away at 48 in 1949 from a heart condition so my children never knew their grandparents.”

Last month the couple celebrated their diamond wedding anniversary at their home in Marden, Herefordshire, surrounded by friends and family.

Wife Janet – who worked as a shop assistant and went on to be a restaurant manager – said: “From my point of view, the secret to a happy marriage is being able to talk to one another and being faithful to one another.

“We were happy together from the start and never looked back.

“David was the Prince Charming of Hereford and very handsome. I never wanted anyone else.”

‘Please helped me with my brain tumour,’ begs boy, who vomits 15 times a day

'Please helped me with my brain tumour,' begs boy, who vomits 15 times a day