This love story will give you the chills!

A couple has proved those who skate together stay together after becoming the UK’s oldest figure skaters following nearly 30 years of marriage.

David and Pat Arnold first locked eyes over the ice back in 1984 and their love of skating has kept them solid ever since.

Their passion for one another mean they’re a success on and off the rink and have been crowned international adult elite champions for the past five years.

“Being married helps us to compete because it’s easier to skate as a couple. You don’t have to act because it comes naturally.

“We’re very lucky to have the interaction between us that we do because when you skate it makes a big difference.”

“We argue on the ice but it’s left on the ice. We feel that’s important.”

David and Pat, from Kirkby-in-Ashfield, Notts., have both skated since they were kids, before becoming coaches and performing professionally.

They met when David joined Peterborough Ice Rink, Lincs., and began getting lessons from Pat, who coached notorious ice skater Christopher Dean in the early days of his career.

“She took me right up to gold and in that time we ended up falling in love and getting married,” said David.

“We then taught together for years and years before getting back into competitions, this time competing together.” 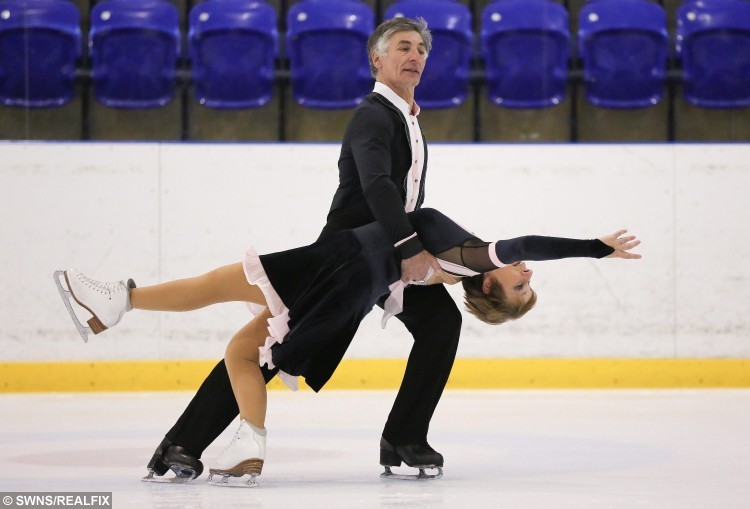 Despite their passion for the sport, the couple took a break from ice skating to buy and run their own newsagents business.

However it wasn’t long before the ice came calling and they got their skates on to take the competing world by storm.

David, who also has his own fibreglass business, said: “After Christmas one year we were feeling a bit podgy so we got back into it.

“We entered the adult championships which we won and then someone told us about the international championships.

“We entered and loved, we were very passionate about it.”

“We came 6th the first year but then we have won it every year ever since.”

They’re two of 59 British skaters represented by the National Ice Skating Association (NISA) in the only adult competition to be sanctioned directly by the International Skating Union.

David and Pat’s coach Maria Therese Kreiselmeyer is based in Oberstdorf, Germany, and the couple visit her three to four times a year for three weeks of intensive training.

They then work to choreography by Phillipa Towler-Green whose mother was a four-time world champion.

Pat, 66, said: “I think it’s got harder as we’ve got older but a lot of it is because our coach doesn’t’ accept anything less than the best and she pushes us out of our comfort zone.

“It can be hard at first but when we perform at the competitions we realise how worth it it’s all been.

“David and I fell in love over the skates and we enjoy skating such a lot.

“It’s very rare to come across another couple who are at the top level like we are.

“We’re very lucky that we’ve got an interaction between us when we skate and it makes a big difference.”

David and Pat, whose two dogs are their children, said that despite their age, they plan to keep skating for as long as they possibly can.

David said: “When we ran our shop we would get so many people in their 40s coming in who were so unfit and didn’t do any sport.

“We looked at ourselves and knew we had to get back into what not only we love but what keeps us young.

“We’d much rather be out on the rink than sitting in watching telly, and we want to keep doing it while we have the chance.”

Pat added: “We’ve got such a passion that started from us being children and it’s so nice that we have each other to share it with today.

“We take it 100 per cent seriously but we make sure we get all of the fun and enjoyment out of it as well.

“It’s a fantastic feeling getting out on the ice and as well as finding one another, we have met some fantastic friends along the way too.”

A spokesman for NISA said: “The National Ice Skating Association are pleased to recognise the commitment and dedication given to British Adult Skating by David and Pat Arnold.

“Over many years they have been the driving force behind the promotion, development and awareness of Adult Skating in the UK and we wish them continued involvement and success for many years to come.” 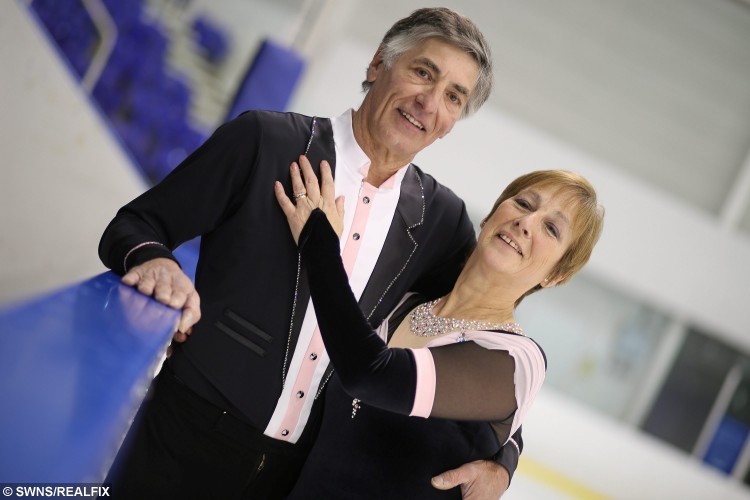 Is this the WORST One Direction tribute band ever?

Just eight days left to save this little boy’s life

Just eight days left to save this little boy's life