by RealFix
in Inspirational, Relationships
0

These newlyweds become the first couple to get married in the UK’s only willow cathedral.

David Hallam, 56, and Sharon Fawcett, 58, became man and wife in front of 30 guests at the stunning 98ft long Green Cathedral, made from Somerset willow.

The picturesque landmark in Taunton, Somerset, is the only one of its kind and has been used for public performances and picnics since it was put up in 2011.

But Saturday was the first time the stunning 54ft tall living sculpture was used for a wedding. 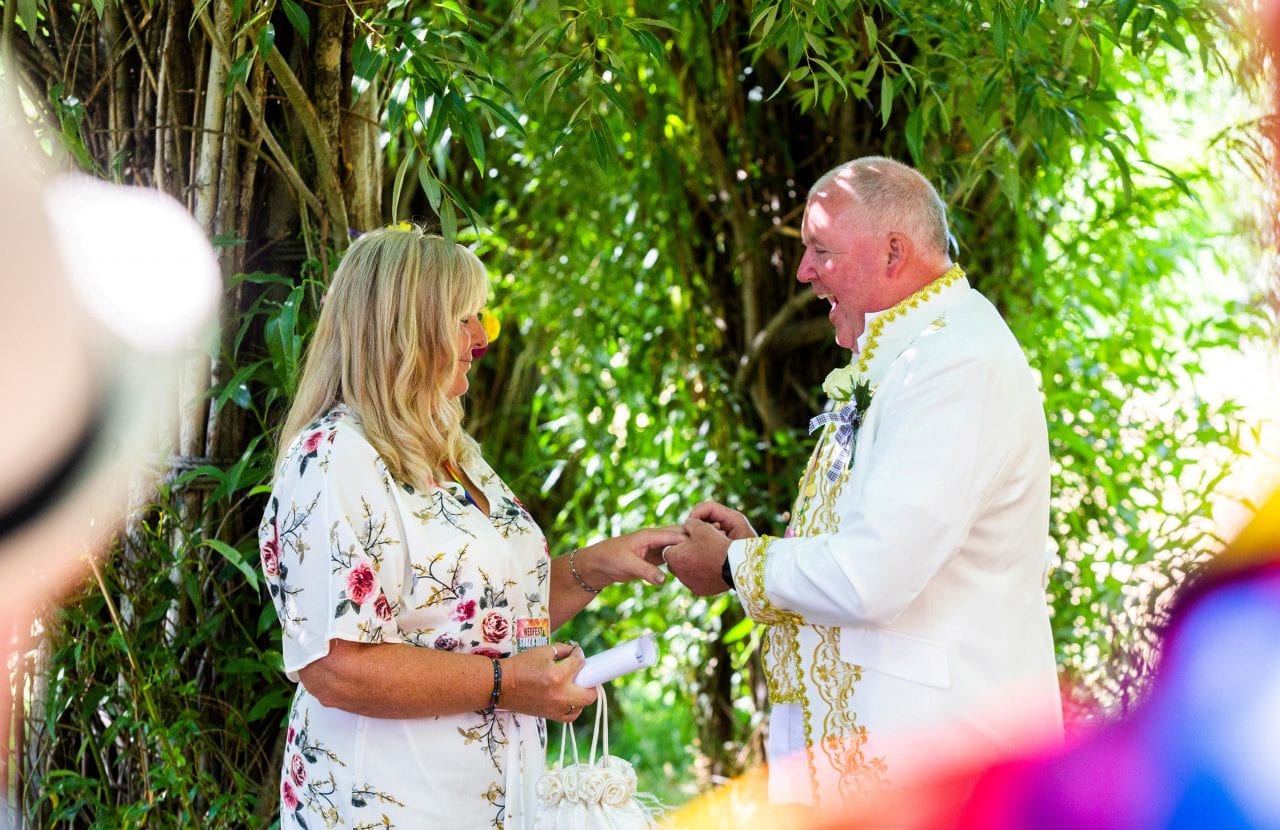 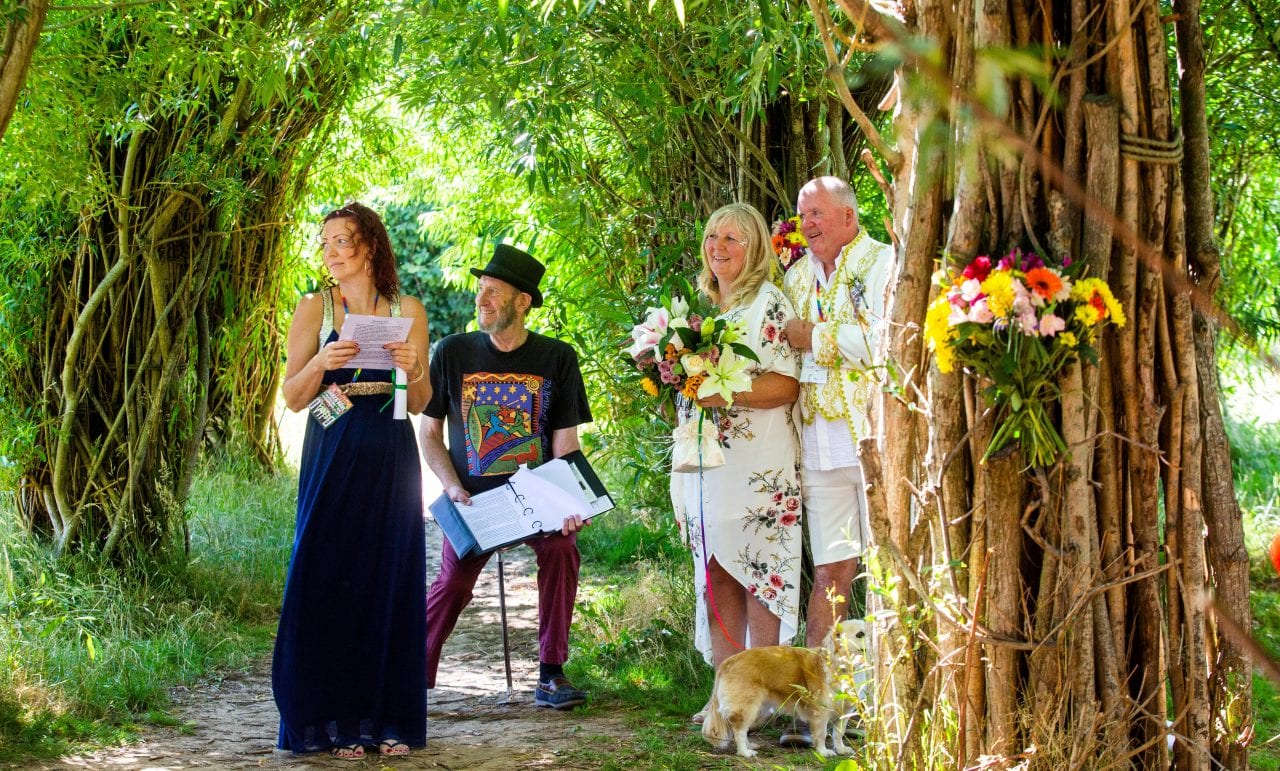 Coach driver David and Sharon, who live near the beauty spot, got the idea to marry there when they spotted it on a dog walk.

The newlyweds – who both decided to retire during lockdown – will now spend their honeymoon driving to Spain where they will settle in their retirement villa.

Sharon said: “We got the idea when we were walking our dog Saffy a couple of months later.

“I turned to Dave and said ‘wouldn’t it be lovely to get married here?’ and reminded him of the leaflet we got from Nick.

“Dave asked for permission from the Long Run Association Committee who thought it was a great idea.

“We then phoned Nick up and he said yes!

“It’s just such a beautiful place. Once the idea came into my head we had to go with it!

“It’s a popular place for picnics and yoga classes but there’s never been a wedding there at all!

“Luckily we didn’t have to change to date as Boris said weddings could go ahead last week!

“The only thing we’ve had to change is the guest list. We originally had 60 but we had to cut it down to 30 with only close friends and family coming.

“We were gutted to turn people away but we just had to work with the restrictions.

“We provided guests with all the PPE. We had hand sanitizer for them all and gave them the choice to wear a mask or a visa.

“We’re retiring to Spain which has just started opening up its borders so we haven’t had to rethink any plans there. It’s like it’s meant to be.” 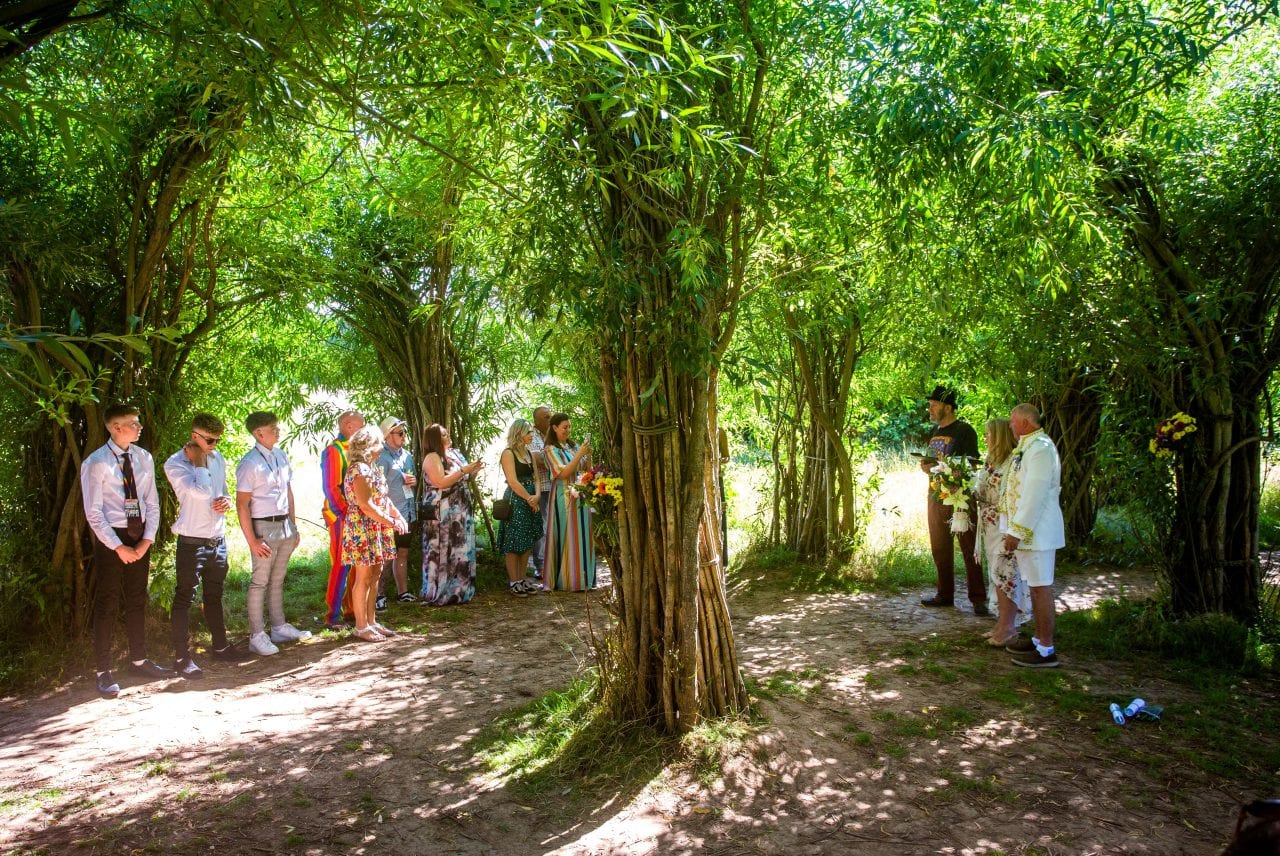 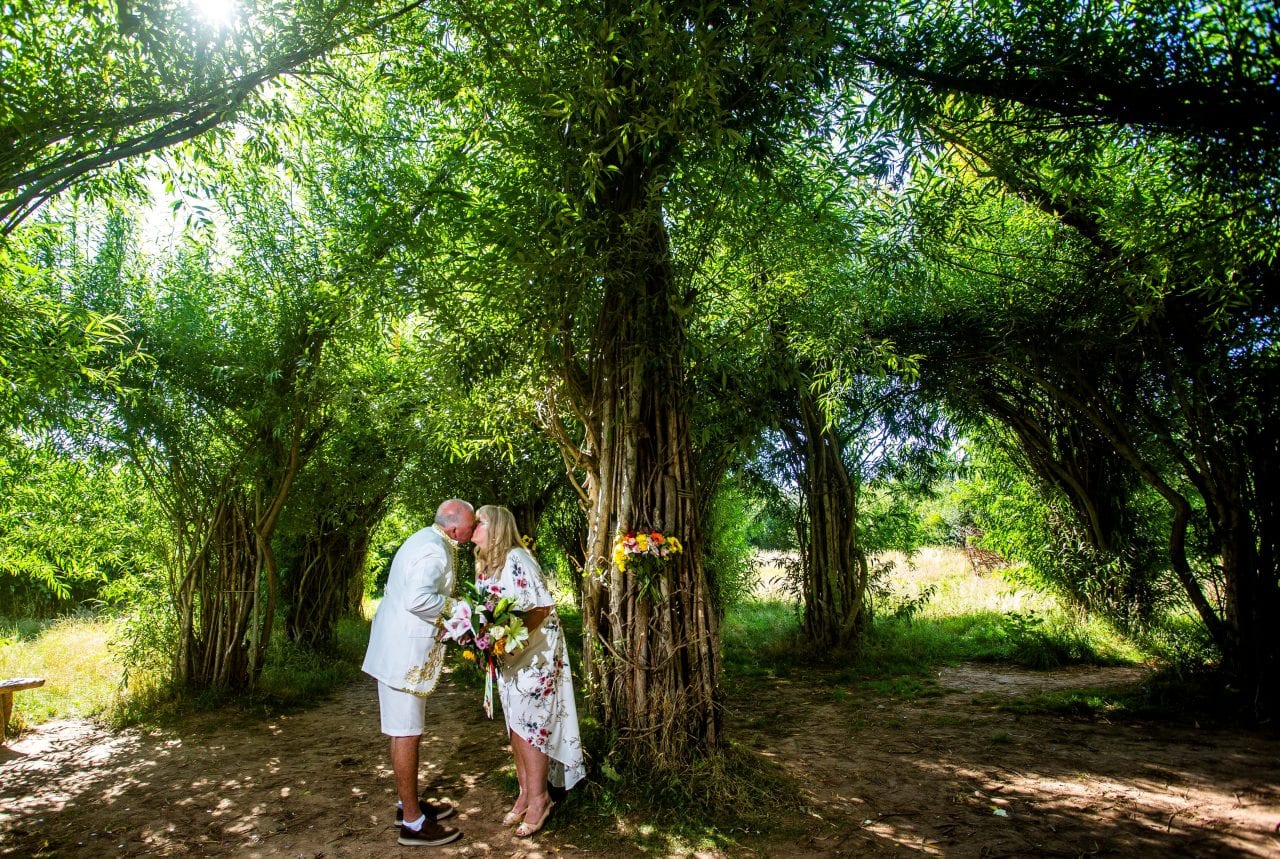 The newly-engaged couple made their way to the cider bus to celebrate where they got speaking to the manager Nick Laurie who congratulated them and told them he was a celebrant.

Two months later the couple were walking their Romanian rescue dog along Longrun Meadow, Taunton, Somerset, when Sharon got the idea of holding the ceremony at Willow Cathedral

It was built in 2011 by artists Steffan Jennings and Sophie Courtier as a part of a redevelopment project for the area.

They registered their wedding at Taunton Registry Office in February — just weeks before the UK was put under strict lockdown restrictions.

Despite fearing their dream day may not go ahead, the pair were able to stick to their intended wedding date – July 11.

The pair said they had to cut down the guest list to comply with Covid rules and gave all guests masks and hand sanitiser. 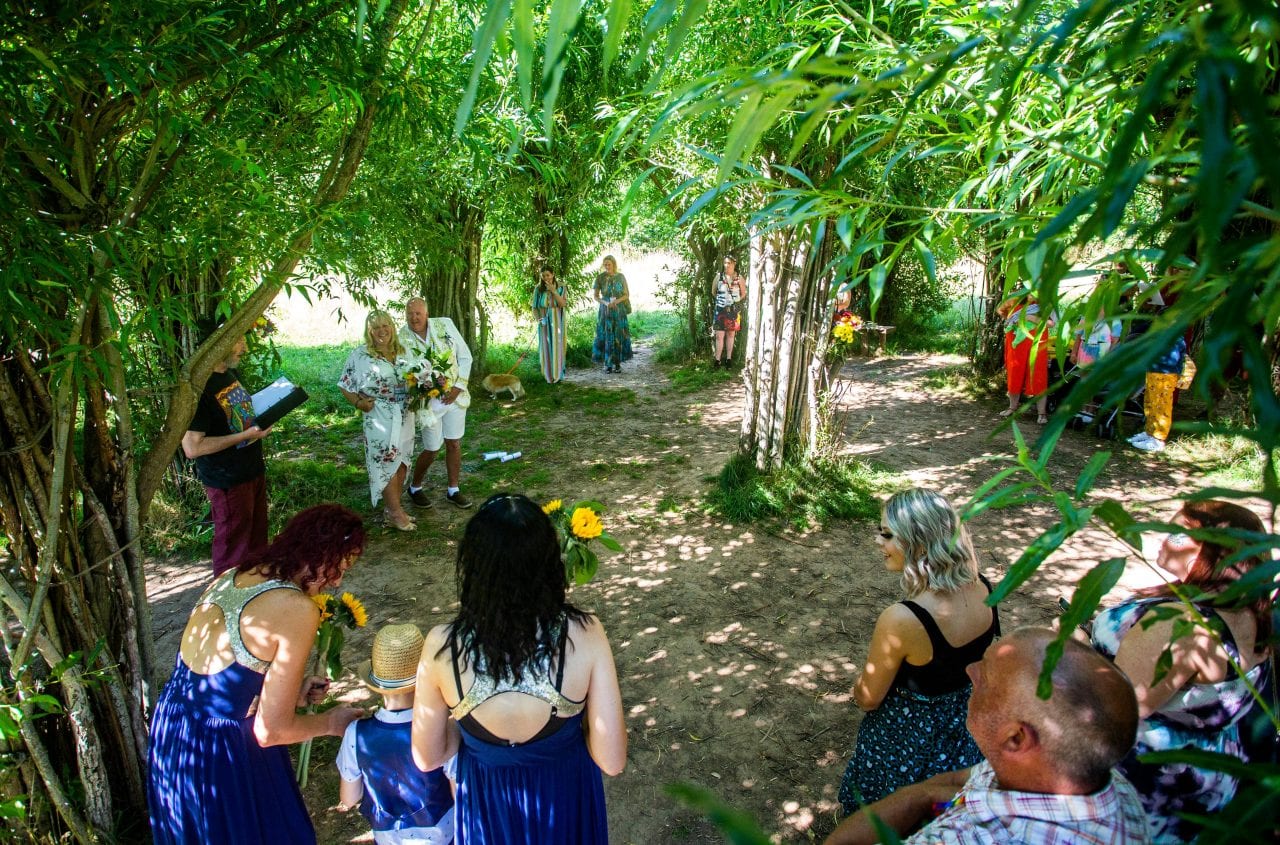 Sharon said: “I wasn’t expecting him to propose at all!

“We got a cider to celebrate and started speaking to the manager of the cider bus.

“He congratulated us then handed me a leaflet about how he was a celebrant.

“He said if we ever needed his services to give him a ring.

“At the time I just popped it in the bottom of my Glastonbury bag.”

My home has flooded with SEWAGE 17 times in two years – and there’s nothing I can do about it!