A young woman was shocked and delighted when her boyfriend took her on a special trip and got down on one knee – on the roof of a cathedral.

Joanna Hay’s family looked on from a neighbouring building as Joel Shopland popped the big question as the pair stood on top of the ancient Rochester.

Joel, 26, was given the rare opportunity to step out onto the roof to surprise her with the enchanting proposal on February 23. 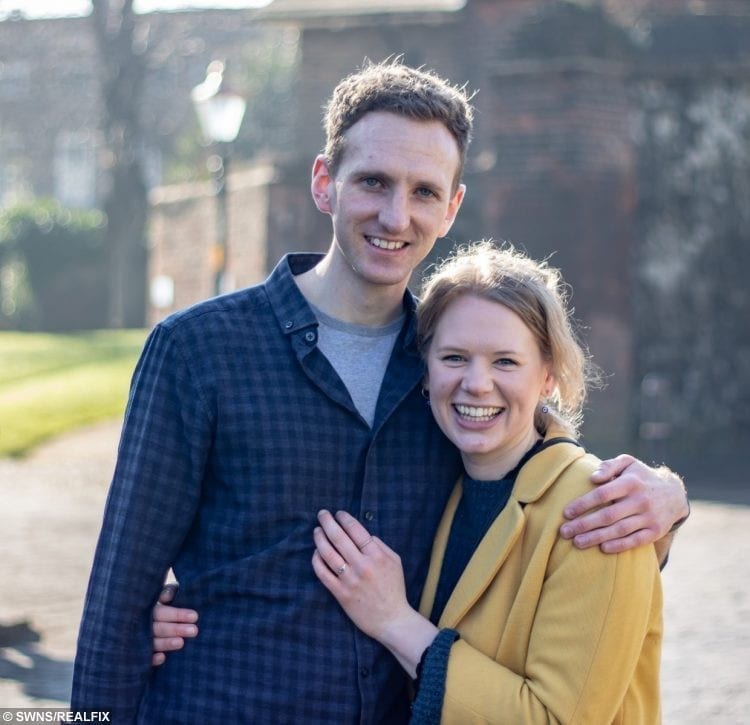 Joanna, 25, said: “I had no idea – I went to get my car washed before hand not realising this was messing up all the plans.”

Joel pretended that his father was meeting someone from the Diocese when he invited Joanna to the cathedral.

He said: “Jo was just completely shocked – it was brilliant because we managed to make it look like a spontaneous tour until we got out onto the roof and she realised what was going on.

“The guide was giving us the history of the cathedral which I was not paying any attention to because I was so nervous and I had to make sure everything was ready for when I popped the question.”

The couple and their parents were greeted by cathedral staff member Colin Tolhurst who said he needed to check the fire alarms were working on the roof and invited Joel and Joanna to join him.

Dating back to 604AD, the cathedral is the second oldest in England and is situated in Rochester, Kent. 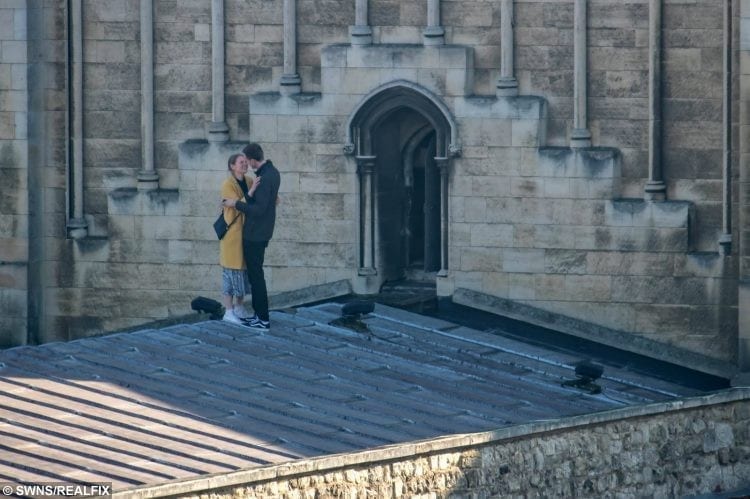 Joanna, who is originally from Basingstoke, Hampshire, said: “We were having the tour and Joel said ‘there’s a reason why I invited you up here.’

“Then he read out this letter from year back – it was from a Christian lady who got a message from God about her future partner- then got got down on one knee and proposed.

“He then said ‘look over there’ and my dad and his mum were in the windows of Rochester Castle taking photos and waving and my sister and husband were also on the ramp leading up to the castle.”

Canny Joel even arranged for his future father-in-law, Peter Hay, and some of Joanna’s other relatives to be stood on the top of a neighbouring building, where they could watch the proposal at a discrete distance.

The loved-up couple met through their church while studying at Brunel University in West London four years ago, but the religious pair have only been dating for six months. 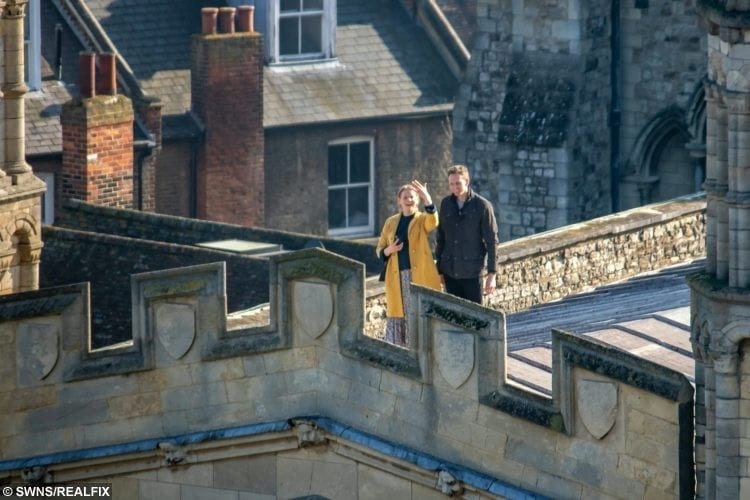 But Joanna relocated to work in Kent and it was not until August last year when they became a couple.

Joel and Joanna hope to tie the knot at Joanna’s family church in Hampshire in August – a year after they became a couple.