Could this be Britain’s oldest adrenaline junkie?!

A fearless great-grandmother has completed one of Europe’s longest zip wires for the third time to raise money for NHS charities – at the amazing age of 101.

Initially hoping to raise £1,919 for NHS Charities Together to mark the year she was born, Margaret has seen her total continue to rise and go above £12,000.

The daredevil centenarian said she had felt ‘useless and helpless’ during lockdown and, inspired by Captain Tom Moore, decided she wanted to do something to contribute. 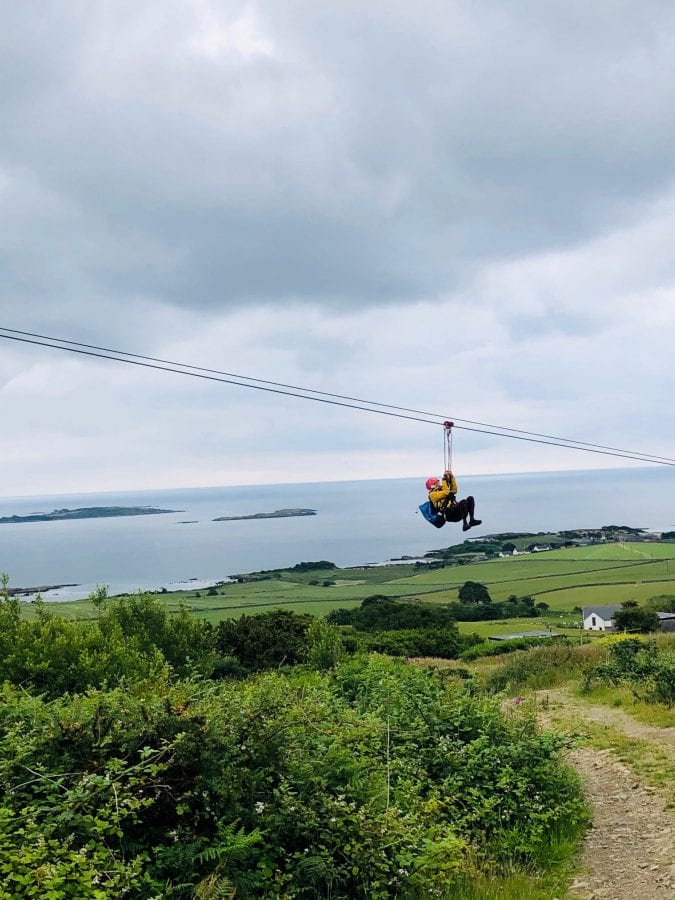 Margaret, who celebrated her achievement with a glass of sherry, described the experience as ‘marvellous’ and said she felt better about doing it for the third time.

She said: “I didn’t feel as shaky when going down it for the third time.

“I think it must be something you get used to.

“I had complete faith in my grandson Duncan who helped me fly down the zip wire and I enjoyed the experience thoroughly.“

Duncan, who owns Laggan Outdoors where GG completed the stunt, said the whole family was ‘hugely proud’ of the matriarch.

The 41-year-old said: “She’s still surprising us, even at the age she is now. She’s never been the adventurous sort so we couldn’t believe it when she said she wanted to do it.

“She’s the figure head of four generations of our family and is a huge inspiration to us all.”

He added: “GG said she felt useless and helpless during lockdown and so she took a leaf out of Captain Tom’s book and decided to do this to mark her 101st birthday and start a fundraising campaign.

“It’s been great she’s had something to focus on.”

Margaret, who usually lives on her own in her house on Laggan Farm, in Dumfries and Galloway, has had her daughter, Eleanor stay with her but has missed seeing people during the lockdown.

Duncan said: “Granny’s house is the hub where everybody goes which we obviously haven’t been able to do for the past few months.

“When she turned 101 on 1 May, she wasn’t able to have anybody round to celebrate so she decided she wanted to go down the zip line to mark it.

“Friday was the first time we were able to do it safely now restrictions are easing.” 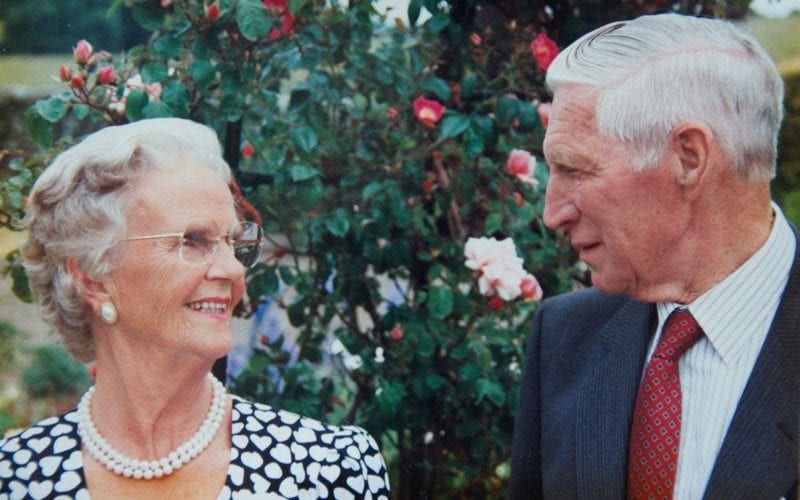 Margaret, who has five children, 11 grandchildren and 16 great grandchildren, said she was thrilled to have raised as much money as she has.

She said: “I’ve watched from the confines of my home how inspiring, resilient and compassionate the NHS and key workers in the UK are.

“While we’ve sheltered inside, they’ve supported our communities and saved lives.

“Watching Captain Tom earlier this year, inspired me to do something of my own to raise money for NHS Charities Together.

“I’ve been overwhelmed but delighted by the money that we’ve raised.

Margaret first took to the zipwire in her late 90s.

Speaking about her previous attempts, Duncan said: “When Granny was 97, we were installing a new slingshot activity and someone made a joke about her not being able to have a go.

“She said, ‘maybe not but I can have a go on the zipwire’. Two hours later she was sailing down it.

“She did it again when she was 98 and so this is her third time.

“Everybody who could come to see her on Friday came to cheer her on from a distance and she was so sassy – she just walked up to it to all this applause.

“This is the last time she’ll be doing it though – I won’t be letting her do it again.”

Margaret and her late husband John took over the running of Mossyard caravan park in Castle Douglas – which was one of the first caravan parks in Scotland – from John’s family in the 1940s.

During WWII, she was the head cook at a local hotel that had been turned into a boarding school for kids sent there from Glasgow during the war.

The family moved to Laggan Farm in 1970 before John sadly passed away in 2000.

In 2007 Duncan and his family built Laggan Outdoors activity centre on the farmland and, more recently, created GG’s Yard – named after ‘Great Granny’ – as a wedding venue.

Duncan said: “She’s allowed us build all of this in her back garden but she loves it.”

To donate to Margaret, visit: https://www.justgiving.com/fundraising/ggs-big-zip?fbclid=IwAR1KjPlwHnmEUMlNSMwVuW_EhGx5Ya0Qd_pJ6MvPj48P2sg9a8FzOVl7RH8

Woman who went mute after mystery brain injury has finally got her voice back – but not as expected!

Woman who went mute after mystery brain injury has finally got her voice back - but not as expected!