Meet the young cyclist who can ride without stabilisers aged TWO – and recently biked 45 miles in honour of her sister who died 45 minutes after birth.

Little Daisy Adams is an accomplished biker – having started pedalling on a balance bike at seven months.

The tiny tot regularly now goes out for long rides with parents Helen and Rob – and she doesn’t need any stabilisers.

The trio head off from their home in Clifton, Bristol around the local area – with Daisy often taking the lead. 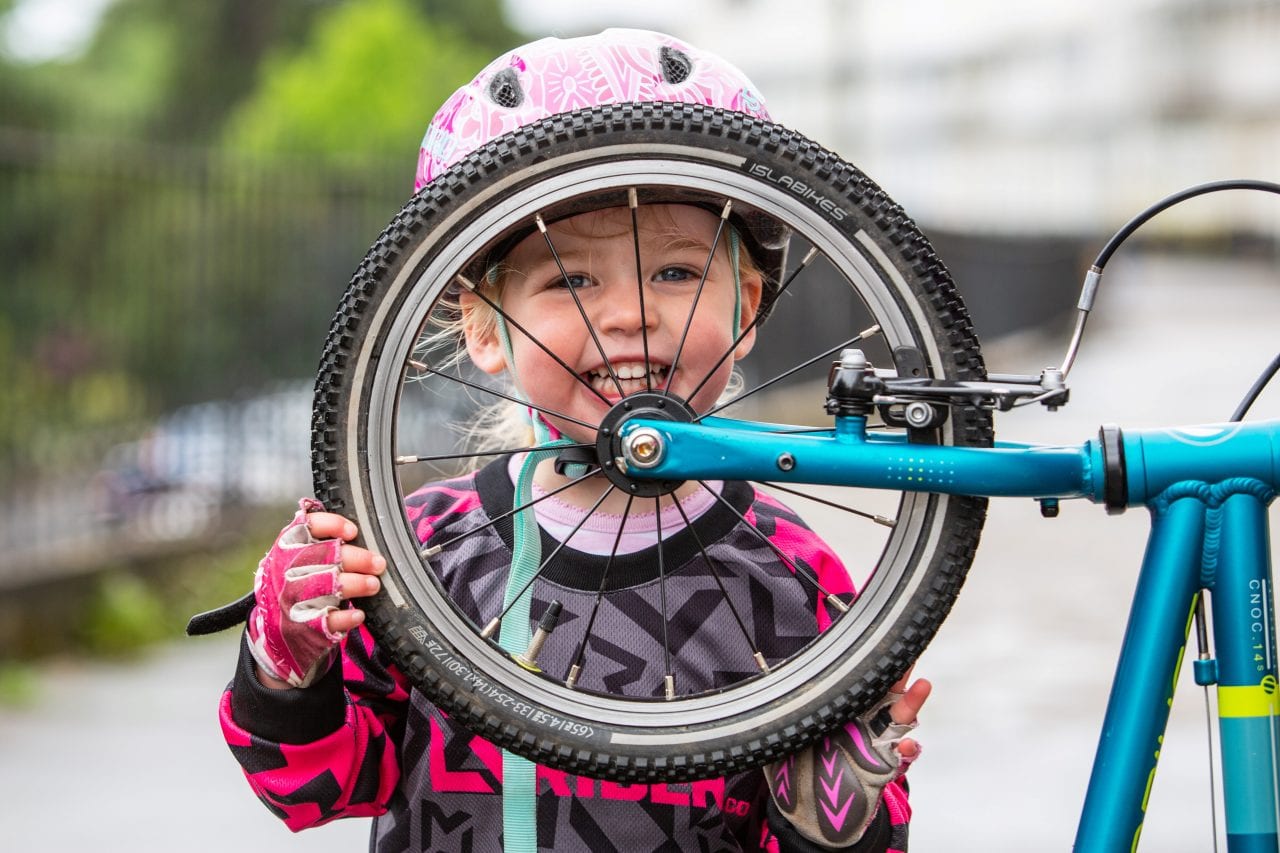 Her mum and dad are already thinking about her progress and have booked her into classes – usually reserved for children aged five and up.

And they’re not ruling out competitive cycling at a later stage – having already taken her to a session at a velodrome.

Daisy has also raised more than £3,000 in aid of the charity Sands following the tragic death of her older sister, Lily.

Helen, 33, said: “Daisy has an older sister, Lily, who died 45 minutes after birth. During lockdown she would ask to go and see her – she’s buried over in Arnos Vale Cemetery.

“So we would bike there – and then thought that charities were really struggling for money.

Daisy first started cycling as a seven-month-old – wheeling round the family home on a balance bike for toddlers.

She then progressed onto bigger bikes and got her first bike with pedals aged two.

Helen said: “Her dad was a really big cyclist so we bought Daisy this cute toddler bike, which she still scoots around the house on every day.

“We got her a pedal bike when she was two and, within two months of practicing, she biked off on her way to the zoo.

“She’s two years and nine months now. She can do around 11 miles unassisted and more if we tow her.

“It’s great that Daisy can cycle so far – I found out accidentally, really. We went into town and she just kept riding!

“We’d usually try and go out two or three times a week but, during lockdown, we have been out almost every single day. 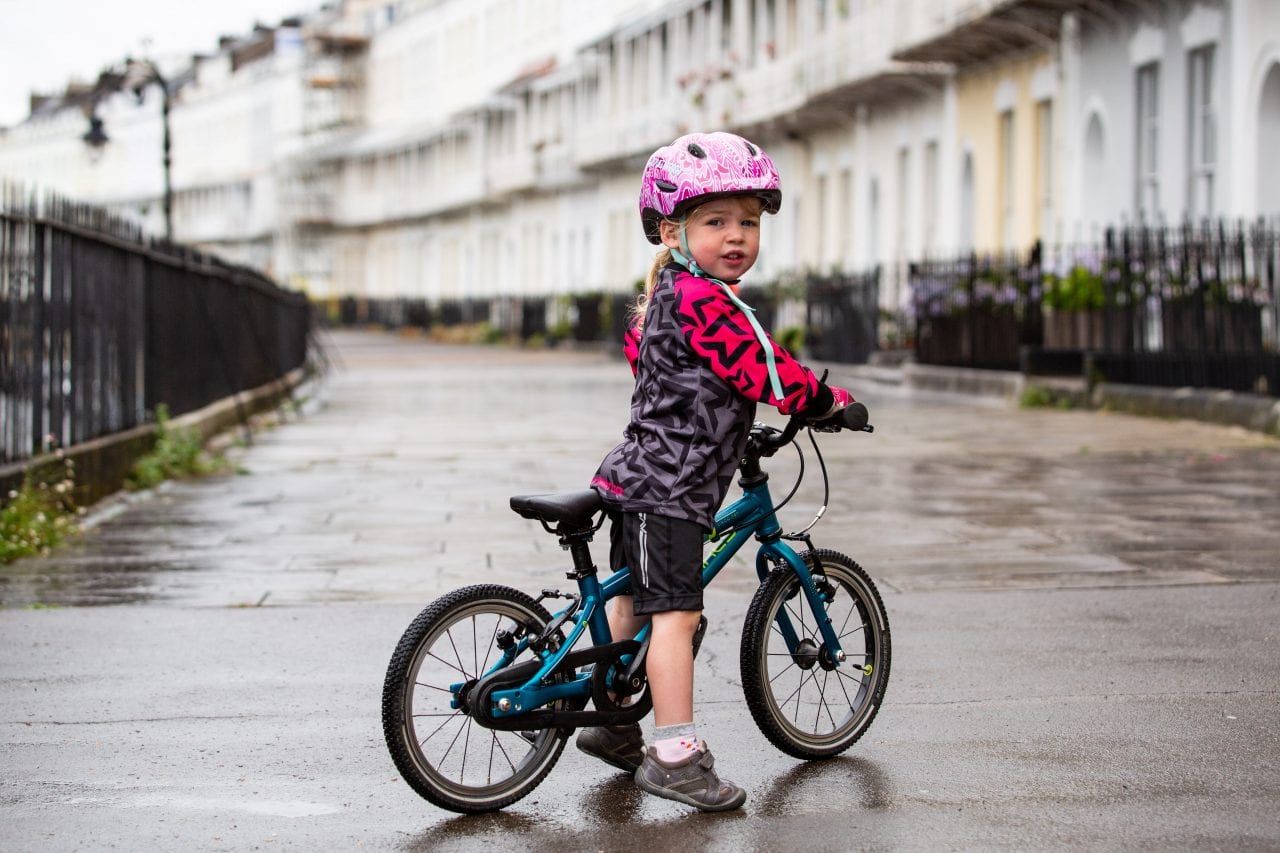 “She could bike independently if there were no cars, but it’s just a safety thing.

“We’re really lucky to have the cycle network in Bristol. We have loads of traffic-free cycling.

“But it can be quite difficult actually. Cars and pedestrians – people aren’t looking for someone below their waist height.”

Helen said the public are regularly surprised when they see little Daisy zooming around – often mistaking her for an older child.

She said: “People stand and stare at her – she really is very small. She’s the bottom end of being a small two-year-old.

“People stare and think: ‘Is she a really, really small four-year-old?’ because she’s biking away and chatting along.

“Generally she will dust herself off and pick her bike back up [if she falls].

“Like all kids there’s a bit of crying, but she’s never said: ‘No, I’m not getting back on.’

“We always try and get her straight back on. I’m a firm believer that the sooner you do something, it doesn’t become a thing in your mind.” 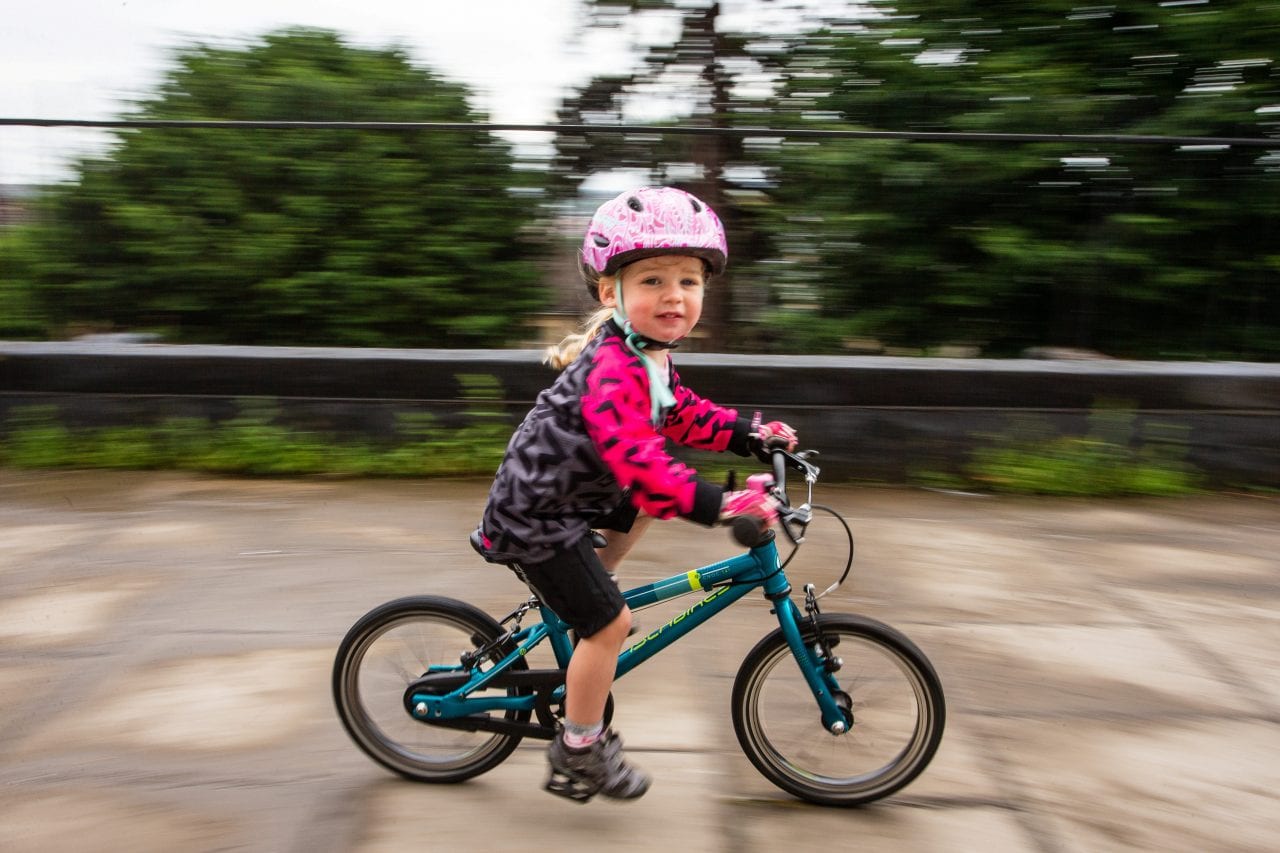 Daisy’s dad Rob, 44, a developer, was once a top amateur cyclist – indicating that competition could be in her blood.

Helen said: “I would guess that if she keeps going like this she will probably race. We’re going to go with BMX club.

“Bristol has a really good BMX club and they will let her go now – even though you officially start racing at five.

“We went to a velodrome too, but she just cycled on the flat bit in the middle.”

You can donate to the Adams’ cause via GoFundMe here: https://www.justgiving.com/fundraising/helen-adams28.

Helen does not work currently but was previously employed as an outdoor activities instructor.