An NHS front line hero has dined with the likes of Lady Gaga and the Kardashians over the past month – after his family dressed up as a different theme every night for dinner.

Gastroenterologist Richard Shenderey, 43, his wife Suzanne, 42, and their three children have spent the last month designing costumes to wear for their evening meal.

The Shendereys first dressed up as their favourite film characters on March 29 after their oldest child Eleanor, 12, suggested it for a bit of fun.

The family, including youngsters Benjamin, 11, and eight-year-old Alexander, initially planned the frolicking feasts to last just a week. 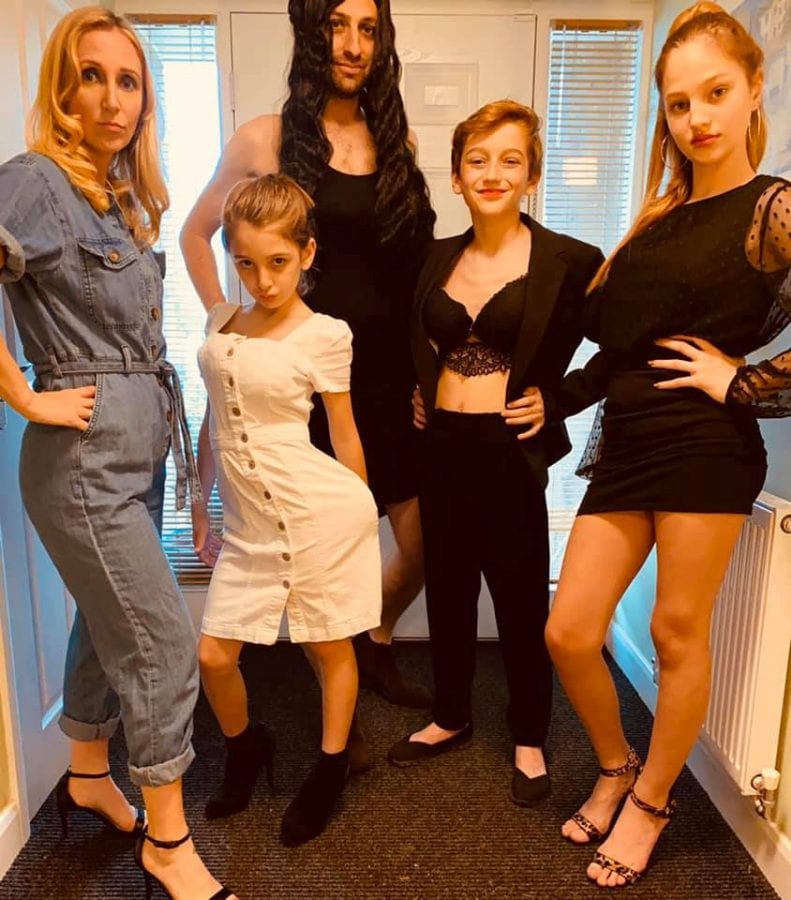 Now, a month on, their repertoire of costumes has included Freddie Mercury, Alice in Wonderland, Oompa Loompas – and even dressing up as each other.

The family spend hours each day preparing their costumes by altering clothes and materials they have at home, including fancy dress outfits from previous parties.

And the adventurous family have turned a positive social media reaction into a fundraising drive – with more than £1,500 donated to Richard’s hospital in just a week.

Suzanne, a hypnotherapist who is on lockdown with the children while hubby Richard works on the frontline at Airedale General Hospital in West Yorks,. said: “It was Eleanor’s idea initially. 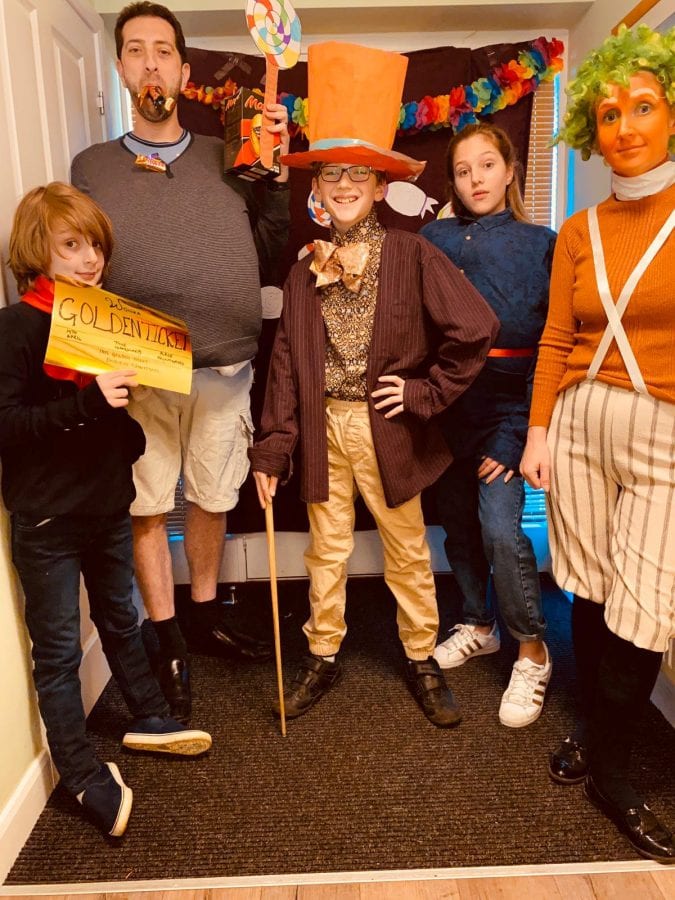 “It was my birthday and she said why don’t we all dress up as something each night for a week?

“We each wrote seven suggestions on a piece of paper, which were then pulled out of a hat the night before.

“I put some pictures on Facebook and people loved it. We thought we’d do it for a week and it’s been a month now.

“People starting texting me and making suggestions, asking if we could dress up as certain themes.

“They were going crazy for it, telling me they were looking forward to seeing what our costumes would be each night.” 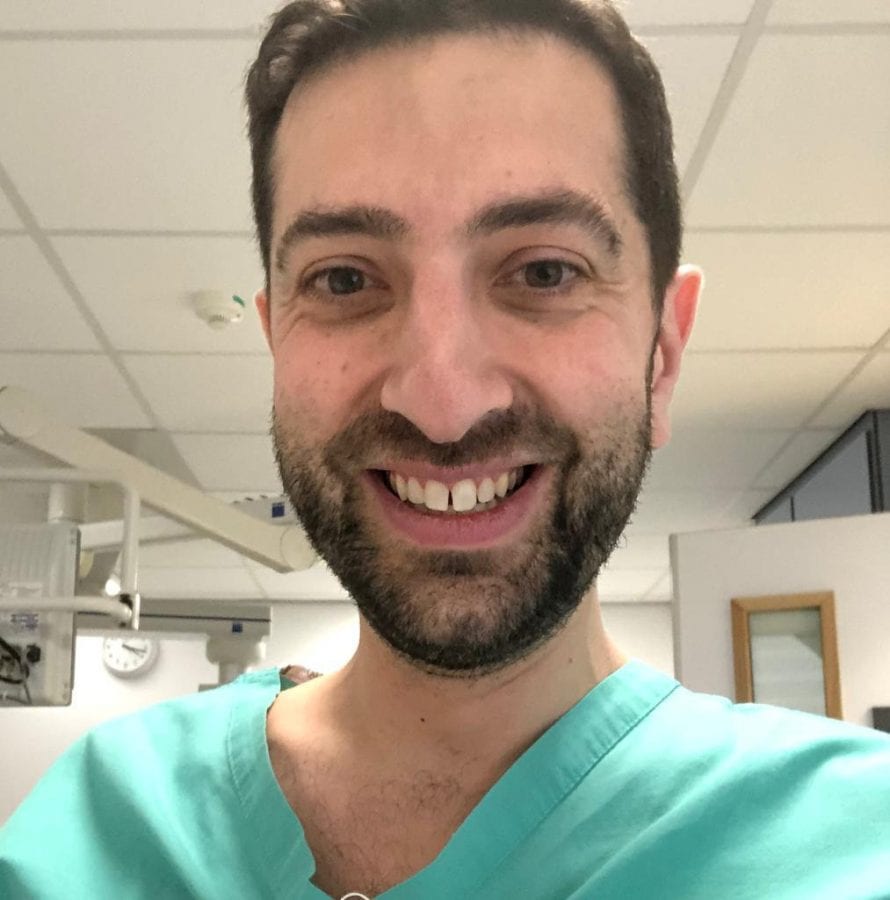 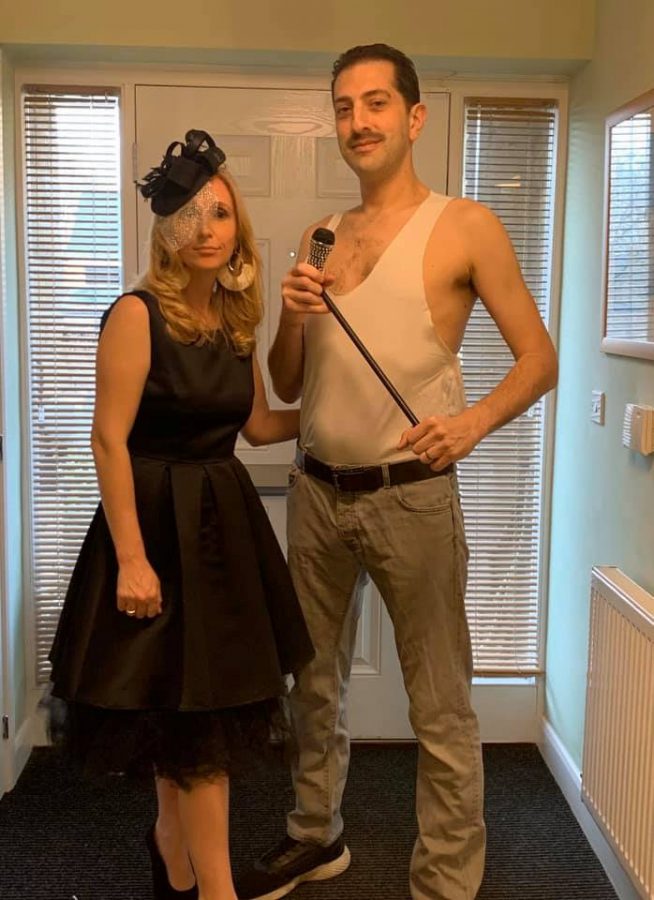 Suzanne, of Leeds, West Yorks., said the themed meal is the best part of her day and the family spend hours preparing their costumes.

The family opened themselves up to suggestions after a week of only find out the night before what the theme is going to be each day.

So far their themes have included dressing up as each other and have even dressed as animals with Benjamin and Eleanor taking on the pantomime roles of the front and back end of a horse.

The family don’t know what theme will be until they pick it out of a hat the night before.

And they have even extended the theme to their food on occasions when they had a fire pit and toasted marshmallows on Safari theme night and a the adults shared a bottle of champagne when it was red carpet theme.

Suzanne added: “It’s the best part of my day. 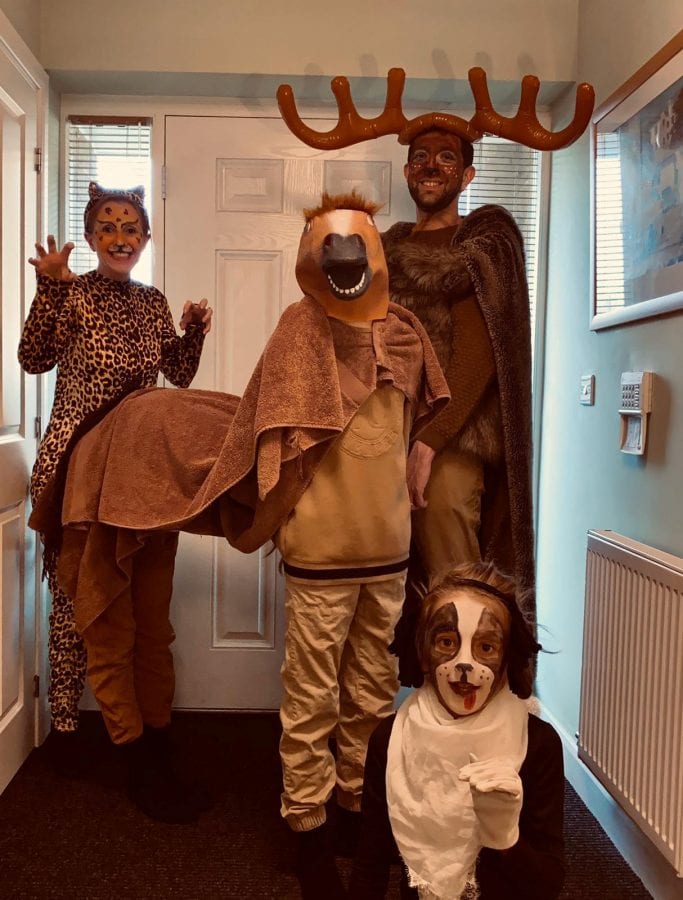 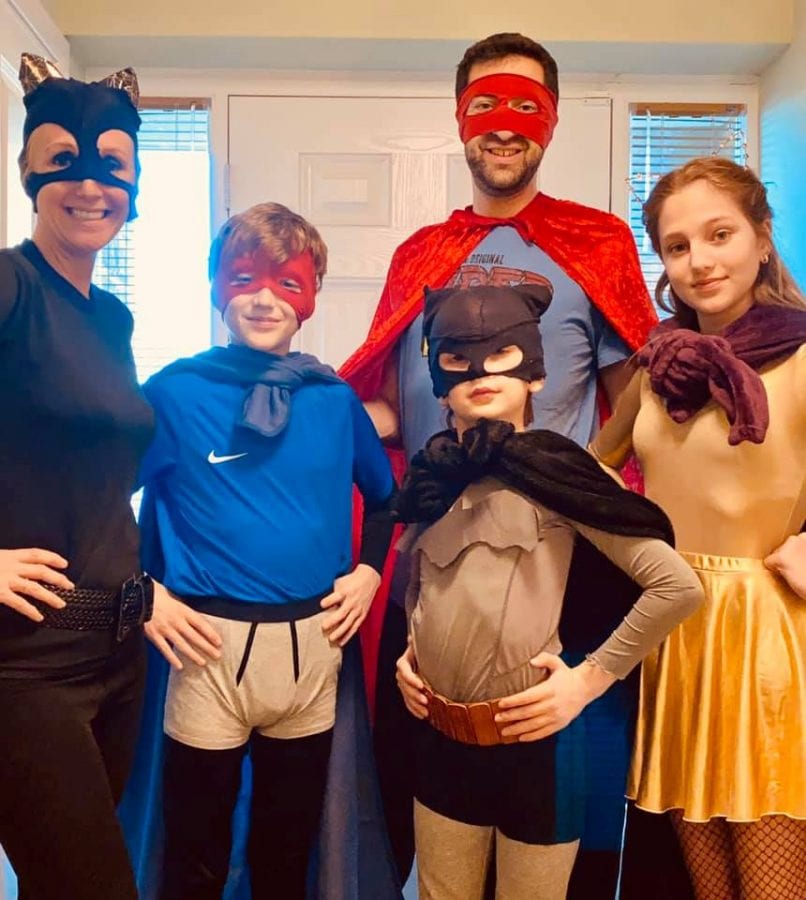 “We always eat dinner together anyway, so it just adds a bit of extra fun to it.

“We get ready and eat dinner in our costumes.

“We always go all out for Halloween and birthdays, we always decorate the house and do something fun so we had a few costumes and decorations in the house.

“But a lot of it is just stuff we have made ourselves.

“I had a yellow wig that I sprayed green to wear as Oompa Loompa for the Willy Wonka themed night.”

Suzanne said her favourite costume so far has been Alice in Wonderland, but the one that provoked the best reaction was when Richard dressed as legendary Queen front man Freddie Mercury.

She added: “The one that got people interested was when Richard shaved his beard off and went as Freddie Mercury for the popstars theme. 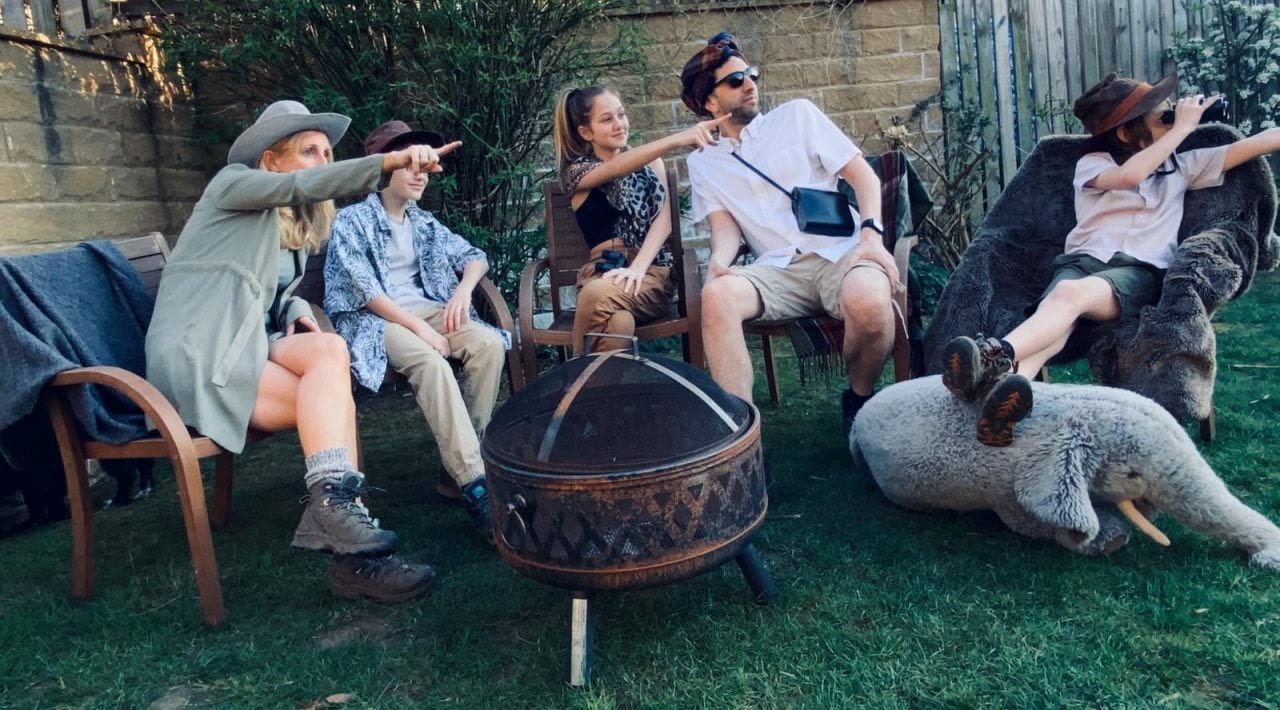 “After the Freddie Mercury one, so many people sent messages asking if we could dress up as their suggestions, they said they really looked forward to it each night.

“We pick the theme the night before and we have all day to get preparing what we are going to wear.

“Richard is still working and I am home-schooling the children, but we do have a bit more time on our hands.

“It’s nice, it gives you something to look forward to.

“We can’t dress up and go out, so it’s nice to have something to do on an evening.

“My bedroom looks like we’re going on a big night out when I’m getting ready.” 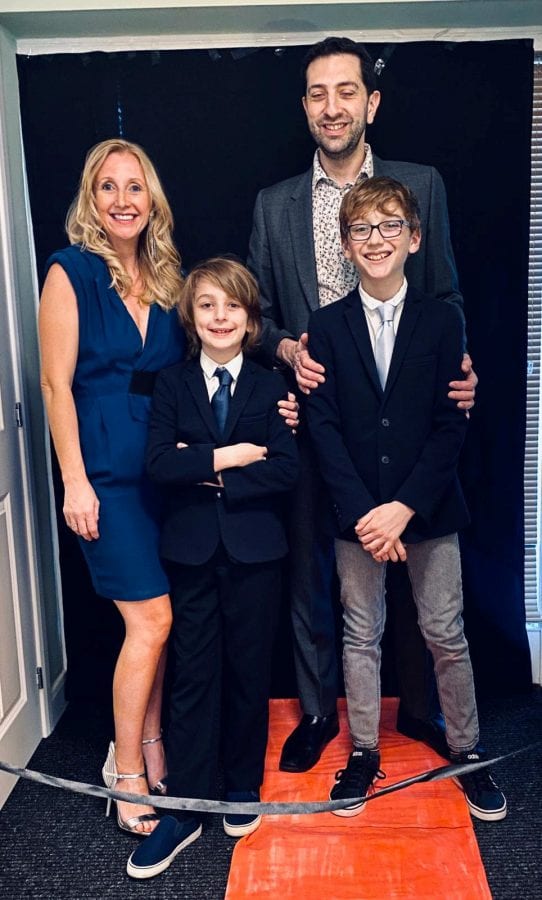 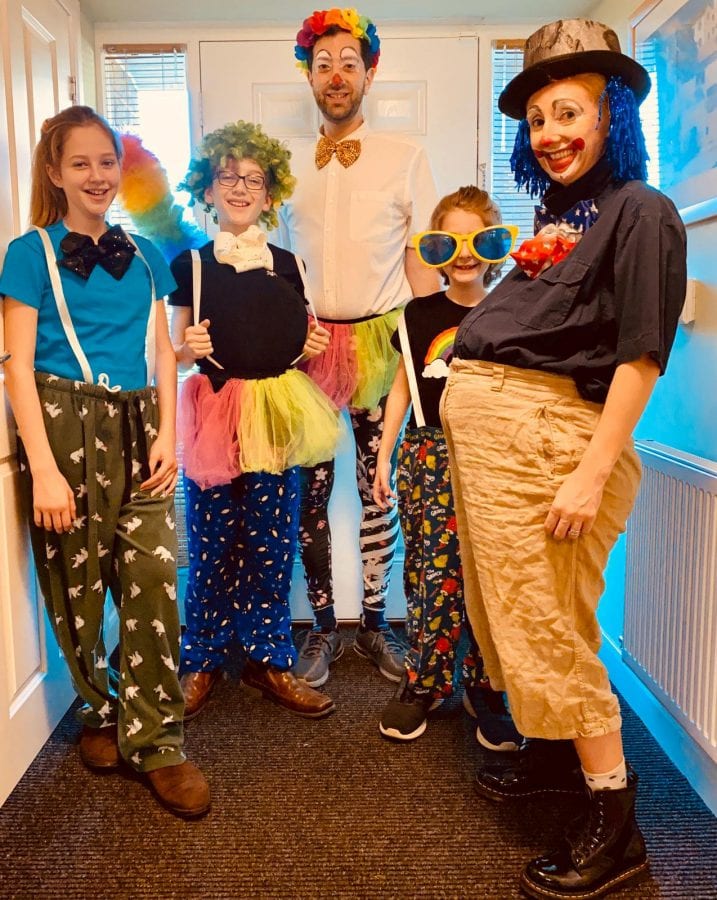 Richard said: “Everyone is pulling together at work at this difficult time to help our patients and it can be quite stressful.

“It has been really nice to come home and have some fun with my family.

“Lots of people at work have had a good laugh, probably at my expense, but they have all said they look forward to seeing the pictures every night.”

The family is raising money for the Friends of Airedale Hospital charity, which supports patient experience and buys equipment for the hospital Richard works at.

Visit uk.virginmoneygiving.com/SuzieShenderey to donate to the family’s cause.