A poorly three-year-old faced birthday alone with her mum – until HUNDREDS of strangers sent enough cards and presents to fill their living room.

Angel-Louise Lemar was born at 26-weeks, weighing just 538g – or 1lb and 3oz – and with chronic lung disease.

Now the happy three-year old lives with complex needs – she is oxygen dependent, tube-fed, and only weighs seven kilos. 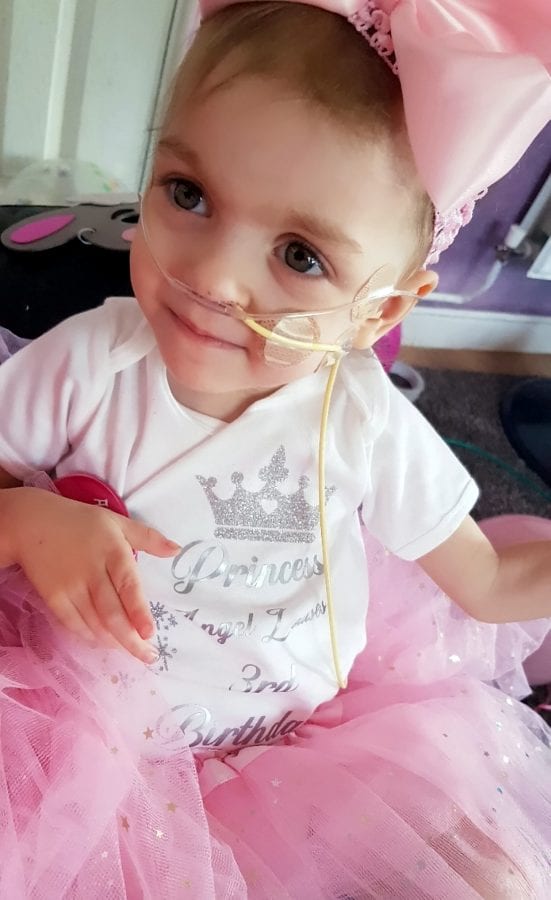 Each year her parents Roxie, 27, and Damian Lemar, 31, treat her birthday as a celebration – and despite lockdown, she wanted it to be no different.

The mum-of-six from Basingstoke, Hampshire reached out on Facebook, asking strangers to send her daughter birthday cards.

But she didn’t expect to receive more than 250 cards, an dozens of presents including ballet-themed cupcakes and handmade dresses.

An adorable photo shows little Angel-Louise peaking out from under the massive pile on her sofa. 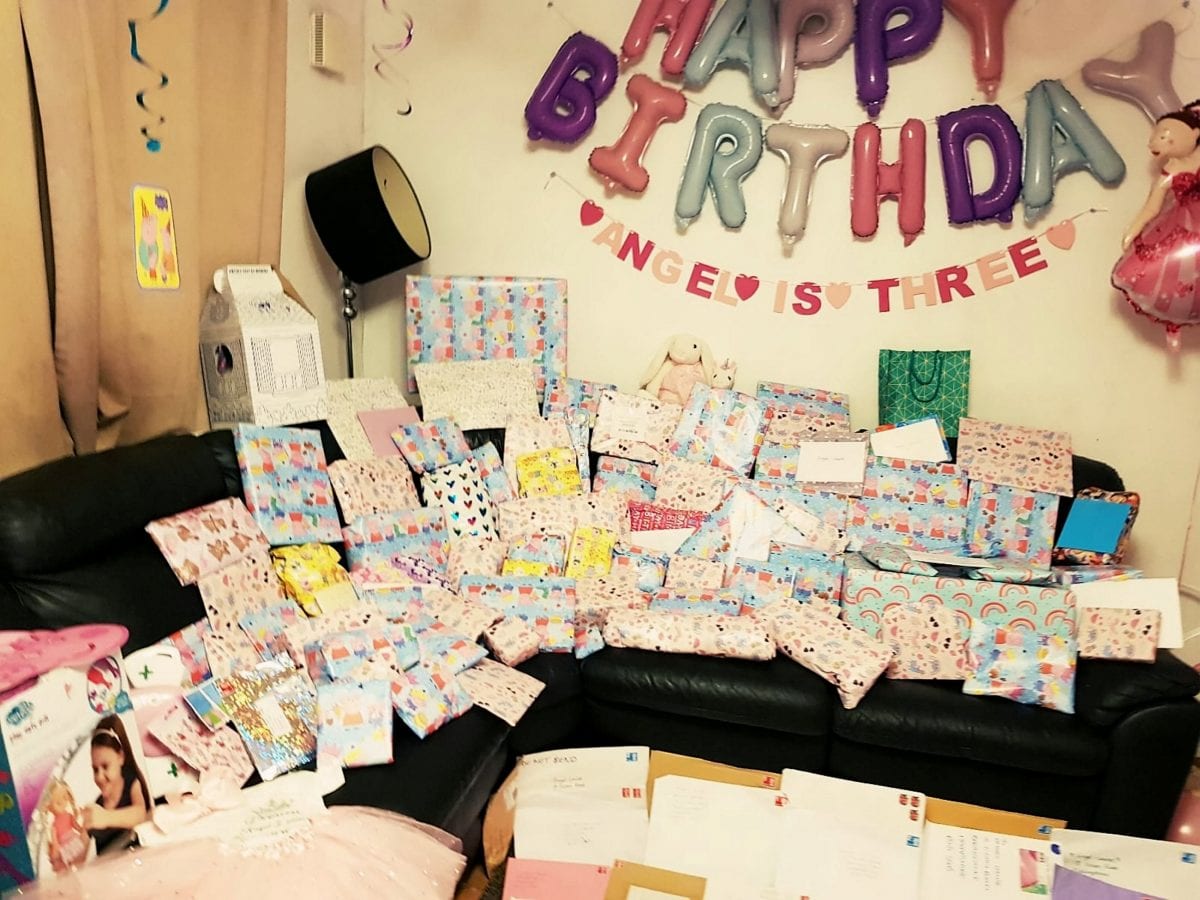 Stay-at-home mum Roxie said: “Each birthday, we make it a big deal because of everything she has to go through.

“And obviously because it was cancelled because of the lockdown, we didn’t really know what to do.

“We just reached out to people to see if they would send her a card.

“I was so overwhelmed with the response – I had literally over 2000 responses.

“I even got blocked on Facebook for 24 hours because I was replying to too many people that weren’t on my friends list.

“They’re just complete strangers, but some were writing and saying they were teaching assistants so they sent stickers and things from other children.

“Some people were nurses from different hospitals.

“Angel can’t really talk, she’s got like the mind of a one-year-old so she doesn’t really know – but obviously when she had the presents, there was a massive grin on her face and she was so excited.” 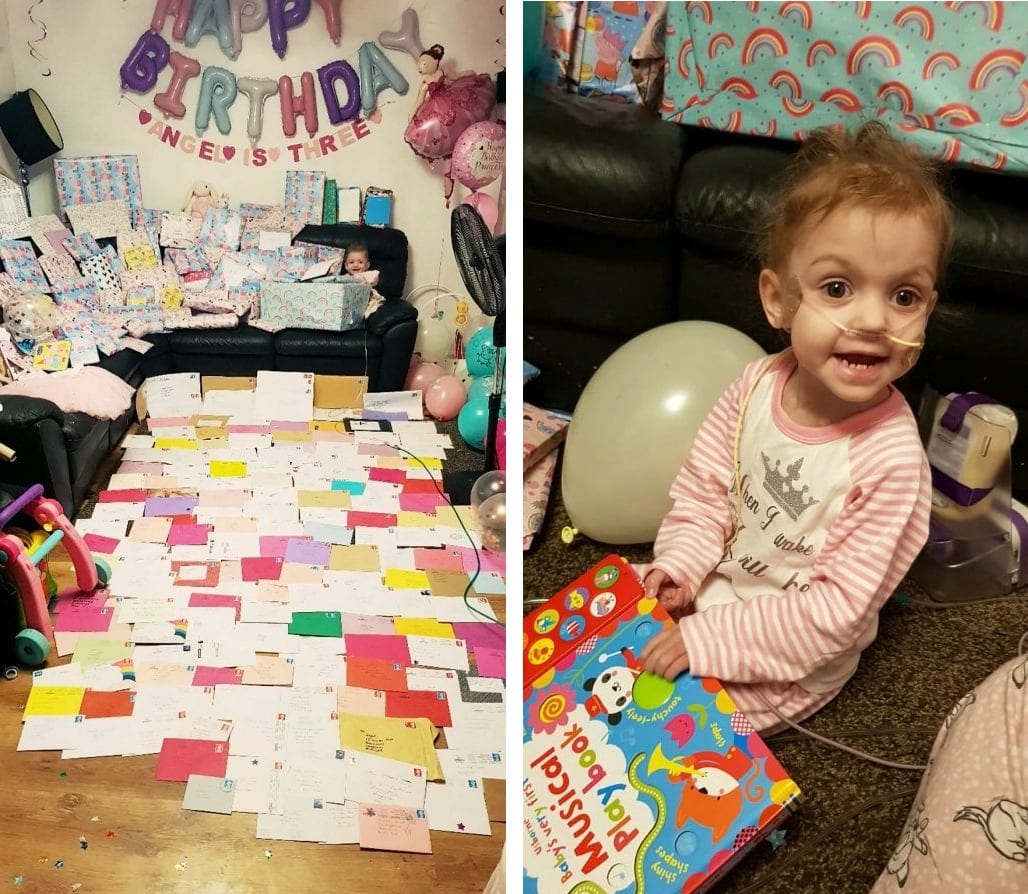 Angel-Louise was admitted to hospital the day before her birthday on April 25 but luckily after some tests, was sent home in time for her virtual celebrations.

She came home to more than 250 cards and presents – with more arriving every day this week.

Her ballet teachers also organised a virtual party with her classmates. 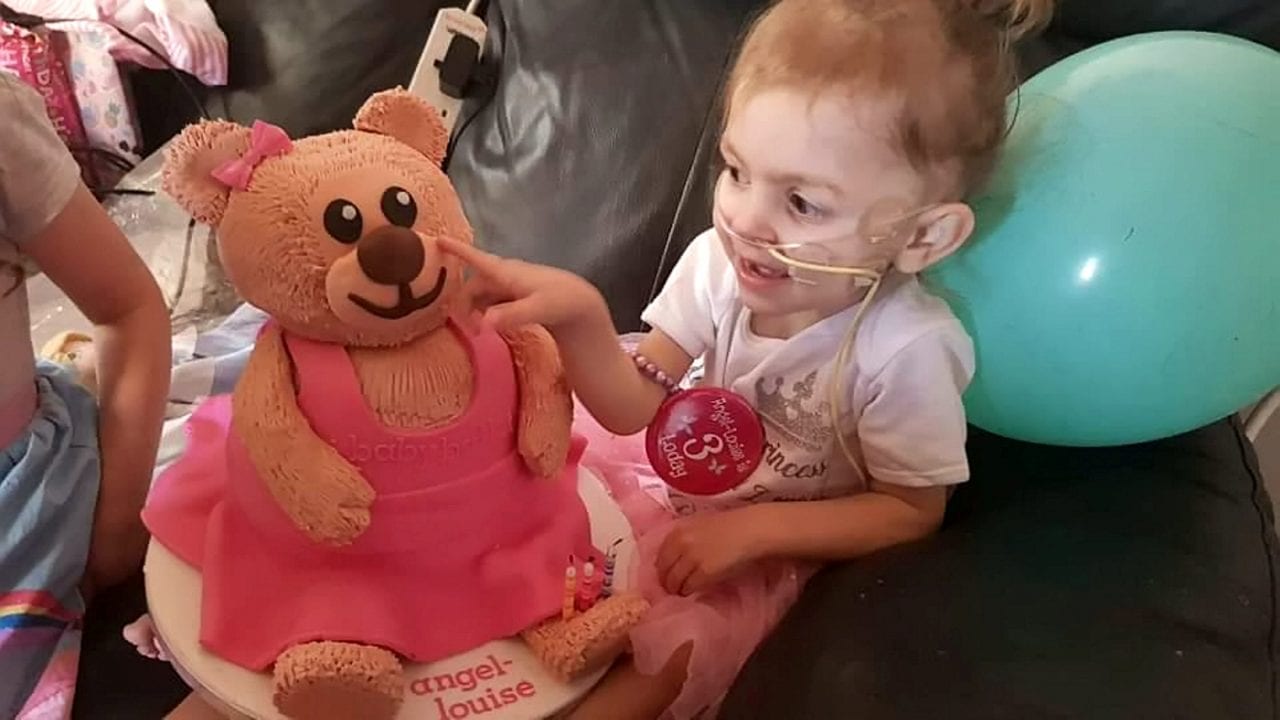 Roxie said: “She was meant to have a baby ballet birthday with her teachers, but obviously that had to be cancelled.

“She loves her ballet – normally she won’t do anything else, she’ll just chill on the sofa.

“She hasn’t got a lot of energy from being so small, and if she does do an activity her breathing will deteriorate.

“But with ballet, she just plods along.

“She had a virtual baby ballet party – they did it virtually for her, completely free.

“There were around 20 children – they did it for the girls that go to her class normally.

“But also if any of my friends or family wanted to get involved, they accepted them into the group.

“They did games through dance, but they were also doing her favourite dances, like Sleeping Bunnies.”

This baby girl loves making a scene! But not in the way you’d expect…