A whole street learned sign language in less than a week to perform ‘You’ll Never Walk Alone’ for a resident with Down syndrome.

Neighbours from one street in Newport, Wales learnt the impressive skill to perform Vera Lynn’s classic following the NHS clap.

Twenty-year-old Leah Bailey, has Down syndrome and has been signing since she was a baby – it helps with her communication and allows her to express herself when she can’t find the words. 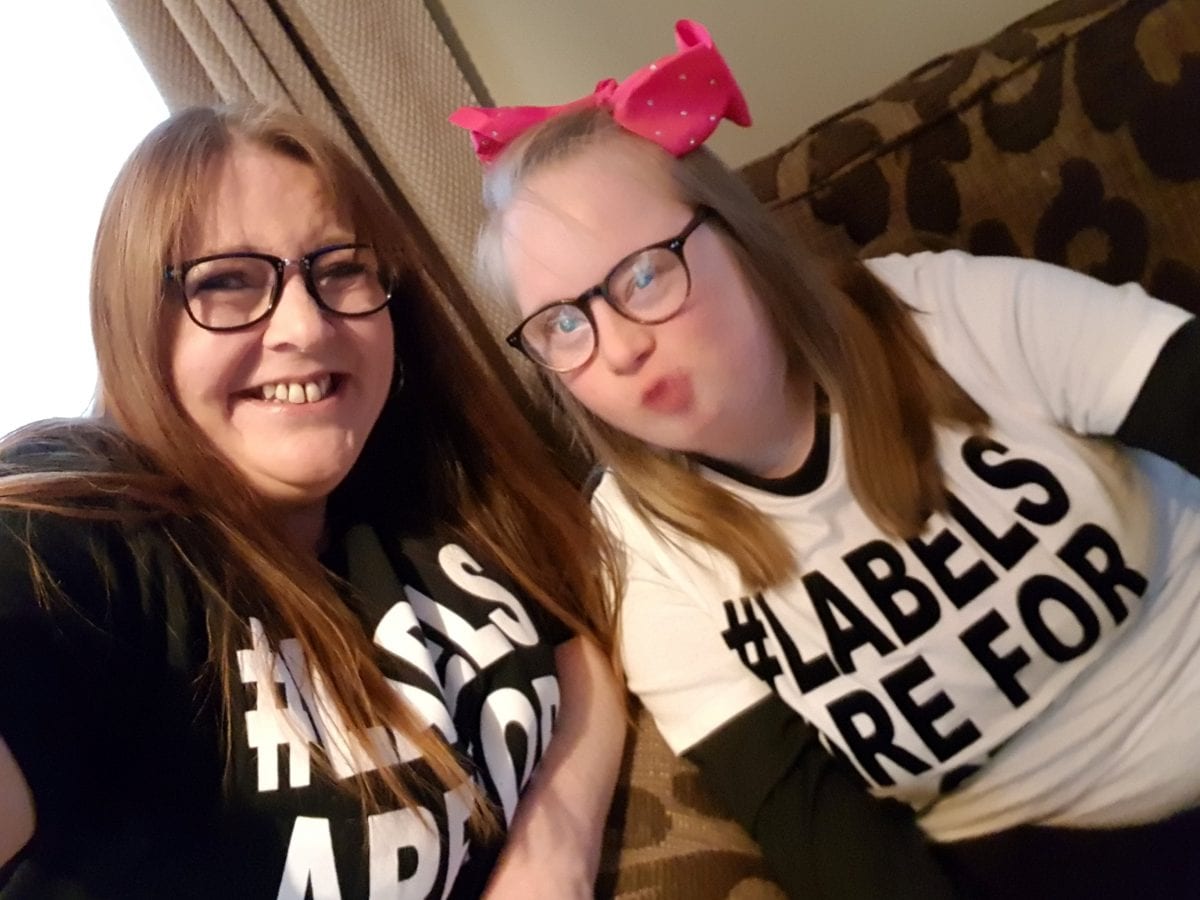 Mum Edwina Bailey, 46, said: “It’s not my achievement or Leah’s achievement, we have been signing since she was a baby, signing is second nature to us.

“All our neighbours and friends learned it from scratch; they’ve never done anything like this before.

“I’d like to thank my wonderful neighbours for taking the time to learn it.”

It started with a small group of neighbours but before they knew it around 40 residents had begun learning the impressive skill.

Neighbour Gemma Wallis said: “We play a song every week for the NHS clap and Leah asked me to play ‘You’ll Never Walk Alone’ and she would sign it.

“I was also interested in signing it and so was my neighbour, then my husband and daughter learnt it too.” 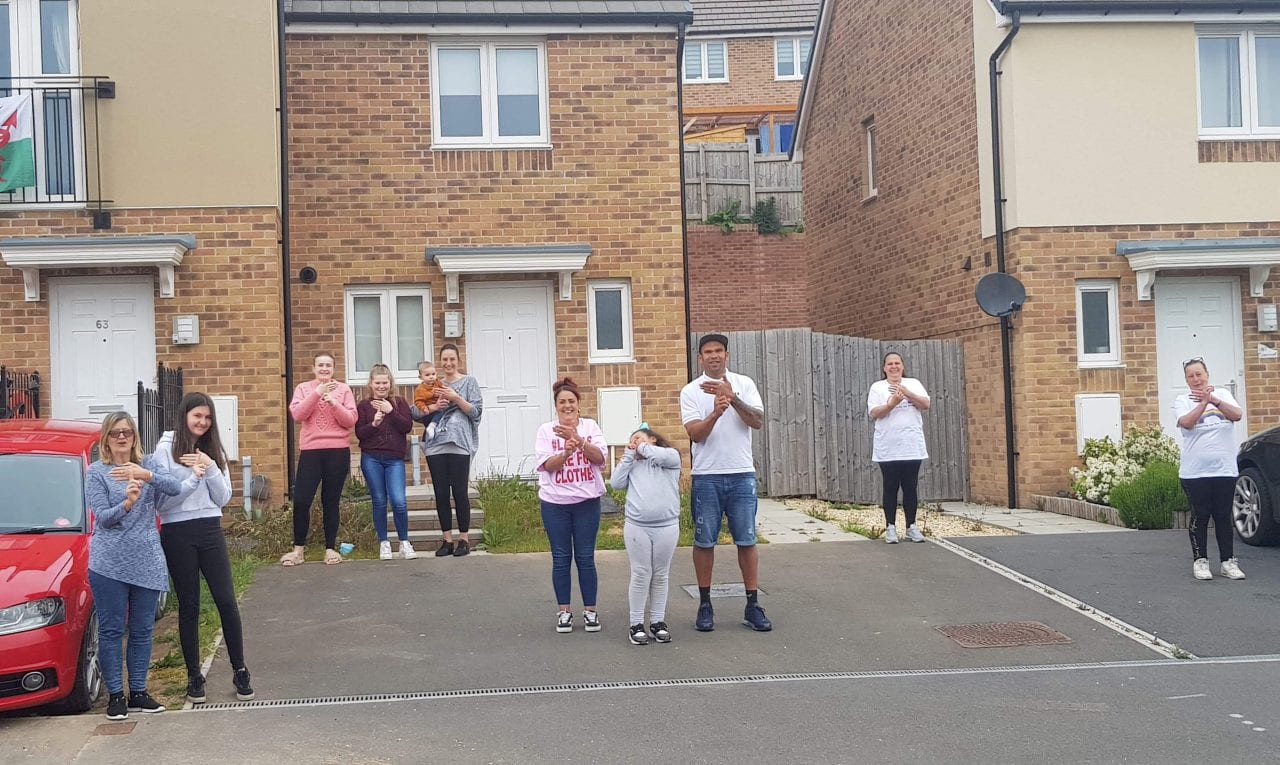 This is simplified sign language designed to assist those with learning difficulties.

Edwina said: “We knocked on houses and told them what we were doing and some said they would love to join in.”

Despite most of the residents living there for decades, this heart-warming act was a chance for the community to come together and to make new friends.

Edwina and her family have lived on the same street for 21 years, she said: “Everyone knows and looks out for each other – times like these make you realise how special a community is.” 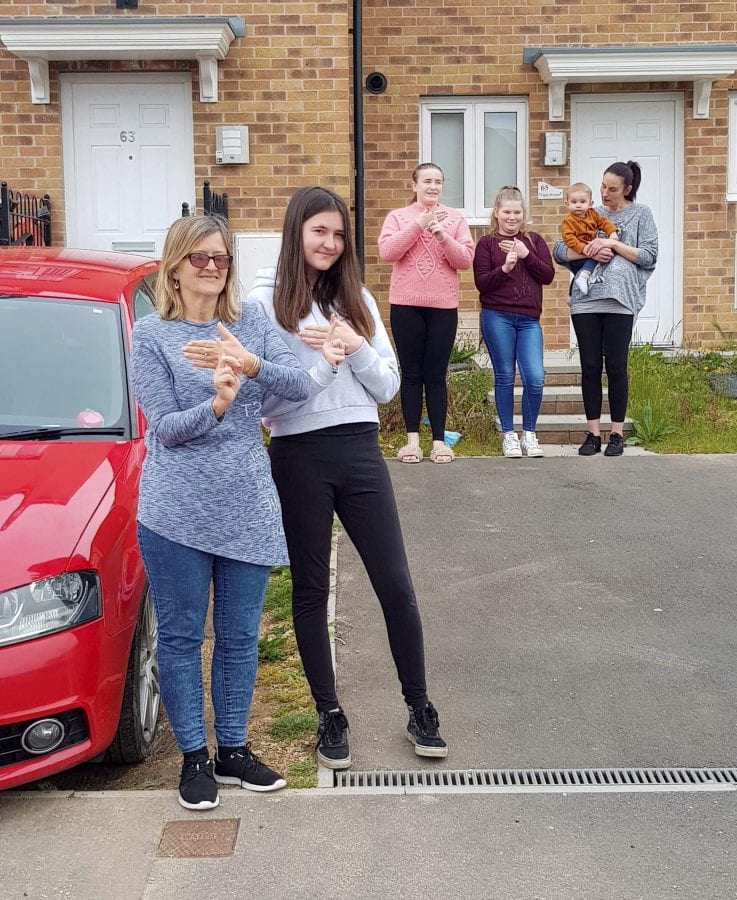 Leah said: “It was very emotional and I am so proud of everyone.”

The performance coincided with Captain Tom Moore’s 100th birthday and the same week his song went number one with Michael Ball.

Edwina said: “It was brilliant that we were able to sign the song on Captain Tom Moore’s birthday, this made it extra meaningful.”

They even learned to sign ‘Happy Birthday to You’ as a special tribute to Captain Tom.